For International Holocaust Day, I'm letting you peek at a little girl singing in Yiddish, "No no no no no - I won't let my people disappear:

Her name is Ari Altman and it is her mother, Rachel Galai, who is accompanying her on the cello.

Perhaps this video explains something about my relationship to the past, how we never know when we're living through something what it means. My mother's experiences in the holocaust were only partially understood by me, and rarely sympathized with. Only now as I slowly go through the historical material of the stories she told me do I wish for more stories. In part because they are the material, the clothing, of my self.

When will we get another batch? I have so often tried to find information about what happened to my family in the Holocaust. Almost always with dead ends. So I am happy to share this video from Yad Vashem.

A simple evening at Sippur Pashut, the bookstore at 36 Shabbazi Street in Neve Tsedek. A group of people came to hear about Hamutal Bar Yosef's Hebrew translation of the poems of Malka Heifetz-Tussman. Women poets who write in Yiddish have always had a smaller audience, but people just don't know what they are missing. sometimes they are so sharp, so strong, precisely because they are so cut off from an audience. They are free.

Of course the major figures in the field were there to participate: Rafi Weichert 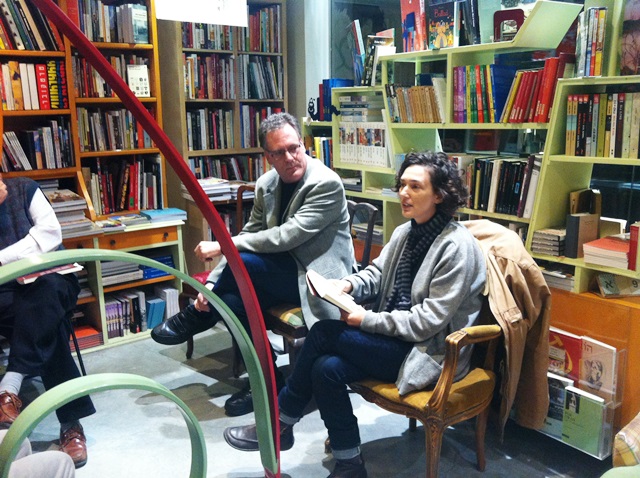 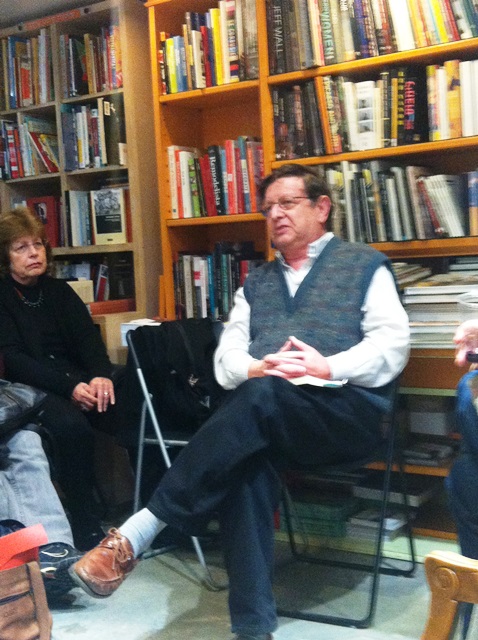 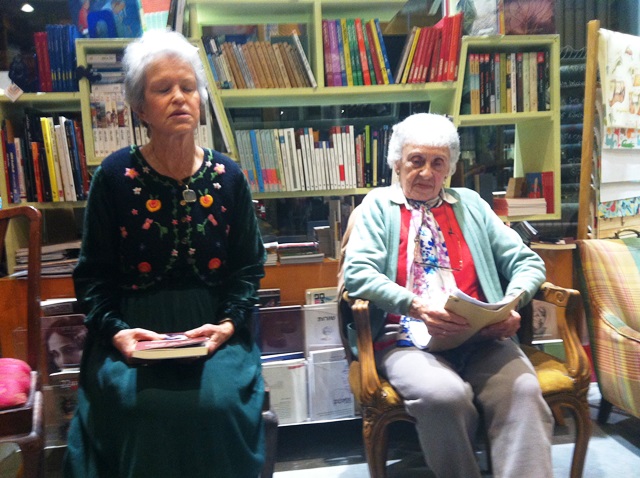 but it is always Rivka Bassman who steals the show with her simple, musical, Yiddish. 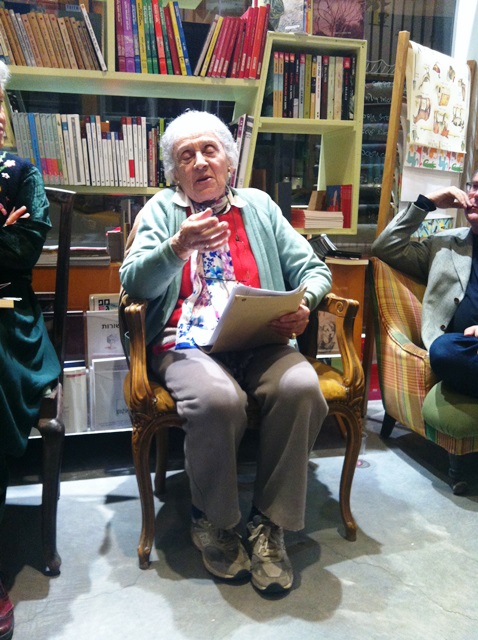 Rivka Bassman is not only a wonderful poet and promoter of Yiddish culture all over, but she is also a reminder to me of the normality of society in pre-war Lithuania. My mother was her husband's babysitter.

Am I against Scarlet Johanssen's superbowl ad for Sodastream?

You've got to be kidding.

If anyone told me what to do, to back out of a commercial, say, because of a ban, I'd go wild.

I'm for peace. I'm for negotiations. These pressure groups drive me up a wall. Simply.

When Joy Harjo arrived in Israel, anticipating a short week of performances and meeting people, she turned on her phone and discovered she was being attacked on facebook for coming here. The surprise onslaught unsettled her completely. She had no idea there was a ban on visiting and performing Israel. Especially since (although I don't think she knew this)the chief of her tribe was in Israel at the time to discuss water problems and solutions. In a way this attack, which continued the entire time she was here and for a long time after, hindered to a great extent the success of her visit. Partly because it influenced my own ability to help her connect to all the peoples here. It's true that the birth of my granddaughter in the middle of her visit influenced us all, and distracted me from optimal performance. But when I heard she arrived in such a state - it was a saturday morning - i picked her up at the hotel and added her on to my friend's sabbath lunch table. There she began to reduce the acute anxiety, fear, and pain she was feeling, perhaps because she people she met were not total monsters.

Her performance, a few days after, was not noticeably affected by her worry, and the next day we were all blessed by her visit to mother and daughter in the hospital. The next day someone arranged to take her to East Jerusalem and then - I think - to Dahaisha. I was uneasy about this because I didn't know the people taking her, and although I believed it was important for her to meet as many people as possible, I was unsure she would have a visit that was supportive (primarily because it was unplanned). She did get to meet some people in the market, in the evening at Ramallah I think, there were hours when she was left alone to her devices in a strange place that is not easy to navigate without language or direction. In any case she was supposed to be returned for a presentation at 4 in Tel Aviv, and a large group gathered to see her. I particularly was happy to see my Arab students in the audience, especially the women, anticipating a role model. But as the time passed and Joy did not appear, all those who lived out of town, or had jobs to go to, or who were exhausted after a long day, slowly disappeared. Eventually I got up and began to talk about Joy Harjo, showed video performances of her, and managed to got rid of all those who were not forced to be there. When Joy showed up, over an hour and a half late, the warm welcoming atmosphere was reduced. Joy herself, had been waiting on a deserted road for a ride, and then stuck in a traffic jam, and had little patience for the small group that remained. But she braved her way through, and despite the ignorance of the small audience, an intelligent conversation ensued. A dinner at Papa's brought us back to normality.

Still I wish I had protected her better.