I learned to save a life today 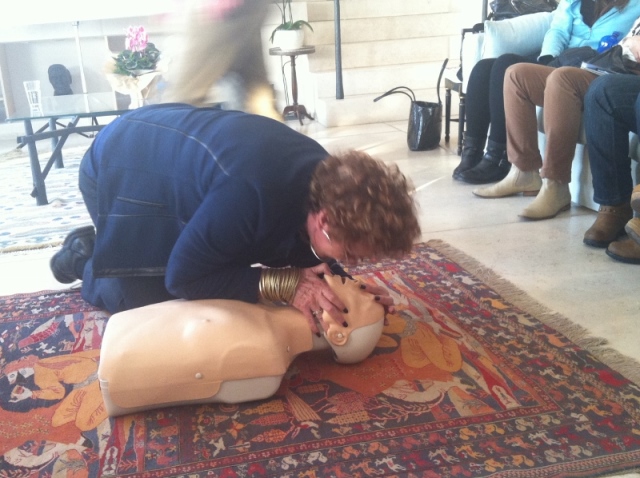 It's something I think about a lot. Okay I can't save the millions of refugees who are starving and freezing in camps outside of Syria. I can only help in minimal ways with the problems of people in my neighborhood. But if I need to, I now know how to do the Heimlich maneuver, how to do CPR, how to use a defibrillator, how to help out with diabetic shock. I need to learn more. (I don't think I manage to save my patient here though.)

Finally Israel has been recognized by Al Keida. I'm not sure what took them so long but at last they know we exist. Well not exactly recognized. Maybe the word is targeted. Because we've picked up a few guys who were, among other things, going to blow up the U.S. Embassy in Tel Aviv. And maybe the national auditorium and some other major places. So now we're in the position the U.S. was a dozen years ago.

It was one of those days. I started at Apos, for an examination of the improvement or lack of it in my walk. You go through a questionnaire, then your barefoot walk gets measured, then you put on the apos shoes and walk with them and then they adjust the shoes. It is sooo boring but it's worth it because i do walk with much less pain.

There is a company in Great Britain but I don't know whether it has reached the U.S. yet.

Then I was too tired to get through.

And then I woke up to find that Shulamit Aloni just died - or as some people now say 'walked away.' She had been sick - and pulled out of politics a while back because of her illness, but her criticisms of Israel were as sharp as ever. Just a few more of her and we would have had a great country.

I think I will focus on three performances for the weekend, and ignore the rest. Last night we got a chance to be with Amir Or at the celebration of his new book. It was at Bialik's home, where Hebrew literature is the only focus. I myself have appeared there only to talk about other poets, and only in Hebrew. Perhaps English would have disturbed his ghost. I was pleased, therefor when the subjects were such as would have probably upset Bialik - sometimes angry with where Israel has gone. The thought of upsetting Bialik pleases me for many reasons. But it was the music that made me feel really good. "Cut and Paste" was the name of the group and the singer, a gorgeous and very expressive young woman, sang gibberish. Very meaningfully, very soulfully, very ethnically. In the home of the national poet, the songs showed that words have no meaning.

The next concert proved the opposite. When a little girl sang in Yiddish "No, I won't let my people be destroyed" 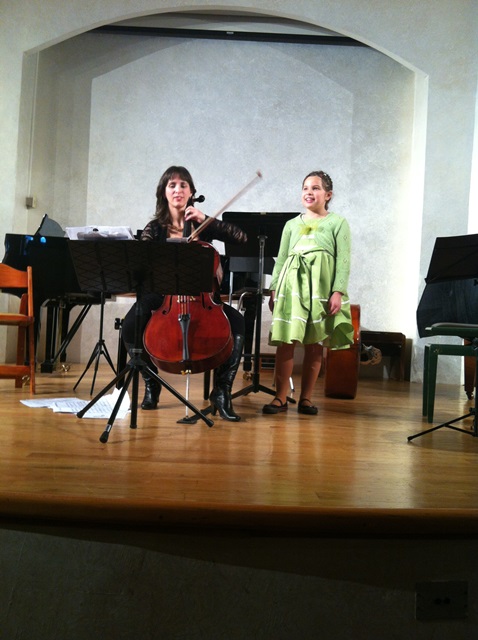 , I melted. Especially when she asked to sing another song - "my father brought me a new fiddle from the fair" and I remember singing it myself on a stage when i was 11. Her name is Ari Altman and it is her mother, Rachel Galai, who is accompanying her on the cello.

Today we went to mass in the new Maronite Church in Nazareth to hear Haydn's Misa Theresa. The gorgeous mass ends with "dona nobis pacem," 'grant us peace,' and we went home with that in our hearts. Actually, all the music we heard these past few days brings us to that longing for peace. So many languages, so many longings.

Shulamit Aloni's funeral is this afternoon. I've refrained from going to funerals of well-known people lately even though so many people I love have passed because I don't think I can add anything, but Shulamit Aloni was so important to my politics and therefore my life, I'm not sure I can stay away. One small example: she was the first woman in government her to offer an alternative to Golda, and she irritated Gold no end. That was definitely a plus.