"So what about the cab drivers' strike?" I asked the driver bringing me back from Beer Sheva. We had driven back and forth in driving storms and jabbered the whole time without mentioning politics. "It's stalled for now - until after the elections." He said. "Bibi said he'll take care of the whole thing in 2 months....But," he added, "I think it may well be a ploy to get votes." I had grown more and more fond of him until that moment. "MAY be a ploy?"

Never mind. I still love him.

"If I buy a warm raincoat, the rain will stop," I kept saying as I went from store to store looking for one of those puffy coats that would make me suffer less in this weather. There were lots of coats and - as usual lately - few shoppers. I was sure I'd see the item of my dreams. But as our energies depleted, I grabbed a "hail Mary" coat, paid, and raced home. It's as if I'm soaked through and through and no matter how warmly I dress, the cold comes out from within. Happy ending for the moment: the coat is thin but warm, and may help me make it through.

Of course all the leaders of the world visiting here to talk about the Holocaust are protected from this and the real issues. When I saw all the elegant food being prepared from them, I could not help but think of the survivors living in poverty - hungry and cold. that should be the first issue on the table.

Of course the pardoning of Naama Yissachar is a big issue in this conference, and Bibi is making big concessions to Putin to make this happen. I believe it will - soon. Can you imagine passing through an airport in a foreign country and being arrested? Maybe she had some drugs with her and maybe not - but the 7 and a half year sentence for possession is crazy. The determination of her mother, her steadfastness, and her political neutrality will be the force - if salvation is possible. she's a model of diplomacy. 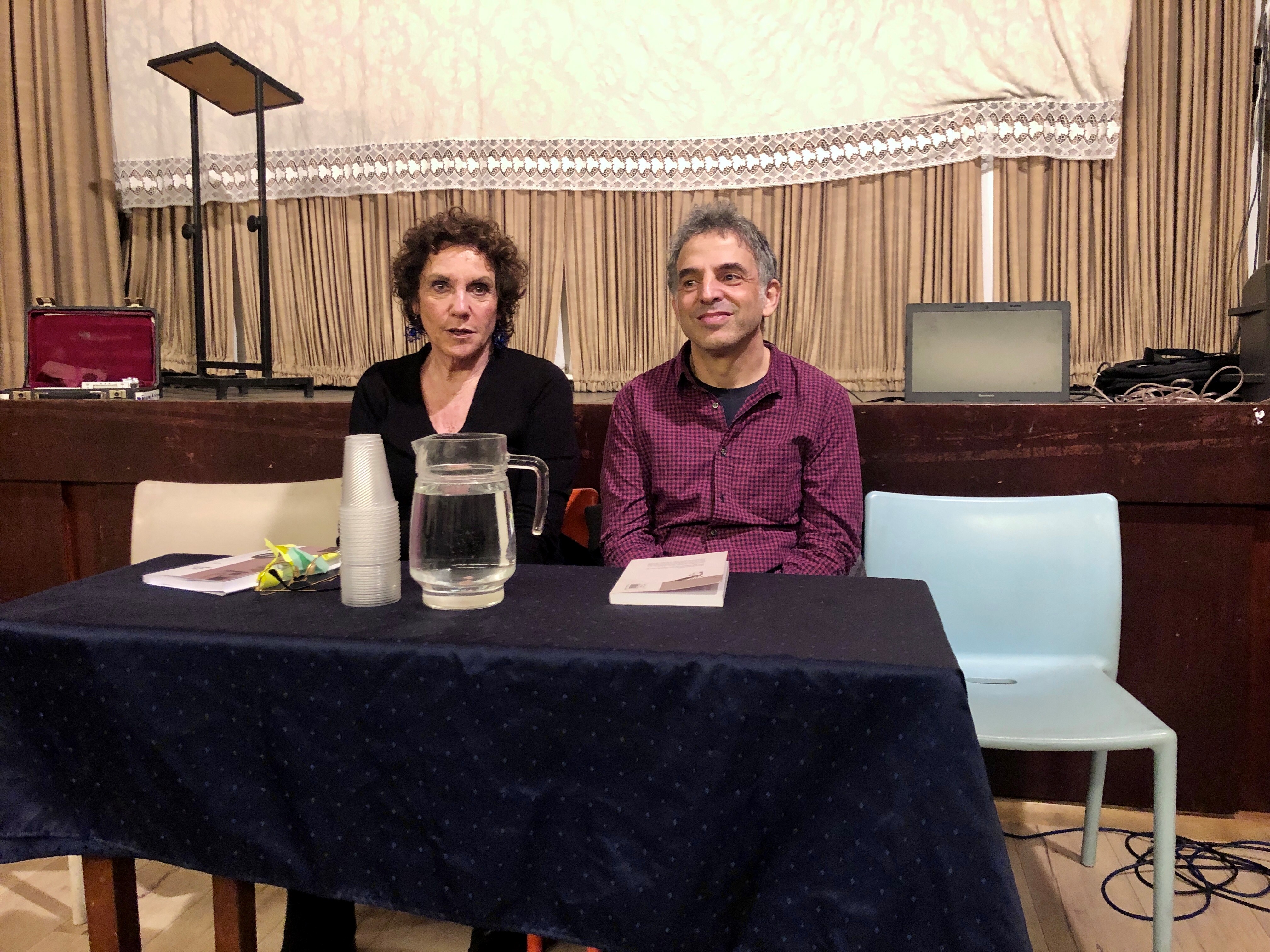 it may not look like it from this picture but you missed an amazing evening. Etgar Keret translated at last into Yiddish. it was actually moving.

But the whole day was amazing - world holocaust day with so many guests from all over the world. and almost everyone had something to say in Hebrew!!!

Yes - i fell asleep again - just a few children for dinner and we went crazy with cooking and preparing. it was enough for an army and since we don't believe in wasting food, we eat this stuff for weeks. We're invited out for lunch and dinner so our wonderful cooking will have to wait for the week. Food and company. They should never be wasted.

On our way out from the film 1917 we went through the seven stars shopping center - As we left the salespeople began to leave as well. Since most of them are Arab, the entire conversation was in Arabic/ There was something quite amazing about leaving a film about war and entering a joyous world of Saturday night celebration.

When Putin smiles at you, you know you've just been screwed. He has that smile that I imagine Vlad the Impaler had just before a beheading. Sadly, it's always obvious only after the blood begins to spurt from the wound.

(spoiler) But enough parodies of horror films for today. I spent the night thinking about 1917 - it seemed to me obvious that the protagonist in the film, the one who dies midway through, is Jewish. why, I don't know. why i looked up Sam Mendes I don't know. I hope I don't ferret out Jews on a regular basis. But he's clearly writing about his grandfather and his granduncle here and the issues of loyalty and family rise up the horrors of war. I kept thinking of the background of Robert Browning's "Child Roland to the Dark Tower Came" - the hero alone in an absurd world - and how here the hero may be alone, but he remains alive and pushes forward for his friend, for his comrades, for his people. And maybe he doesn't manage to save all the people - but he does save many, and he doesn't need recognition for it. So I'm incredibly impressed with Sam Mendes and his ideological transformation.

As someone who has been writing about myself in these pages for almost 17 years, I admit i often feel what my teacher N.O.Brown used to call "The shellfishness of selfishness," Even though my purpose here is to relate Tel Aviv life and what people are thinking here, it separates me from the actual existence. why am i not spending my days in 'my' cafe, watching people on the street?