By popular demand I'm explaining the Emiot connection again. When my mother picked him up from the airport in Rochester she brought him to our house. I think it was there that she introduced him to his wife. he had been freed from imprisonment in birobidzhan a few years before but didn't know how to trace his wife and son, or didn't bother to, and was living in Israel. In one of his essays he mentions the Yiddish writer's Association on Dov Hoz street so i know he had something of a community in Tel Aviv, but coming to Rochester his living must have been upgraded even if he lost a literary environment. he was made poet laureate of the JCC and given a journal to edit called "Roots." Here he is with the community - my parents are in the middle on the top and he is the third from the right in that row with the sad look and the messy hair. 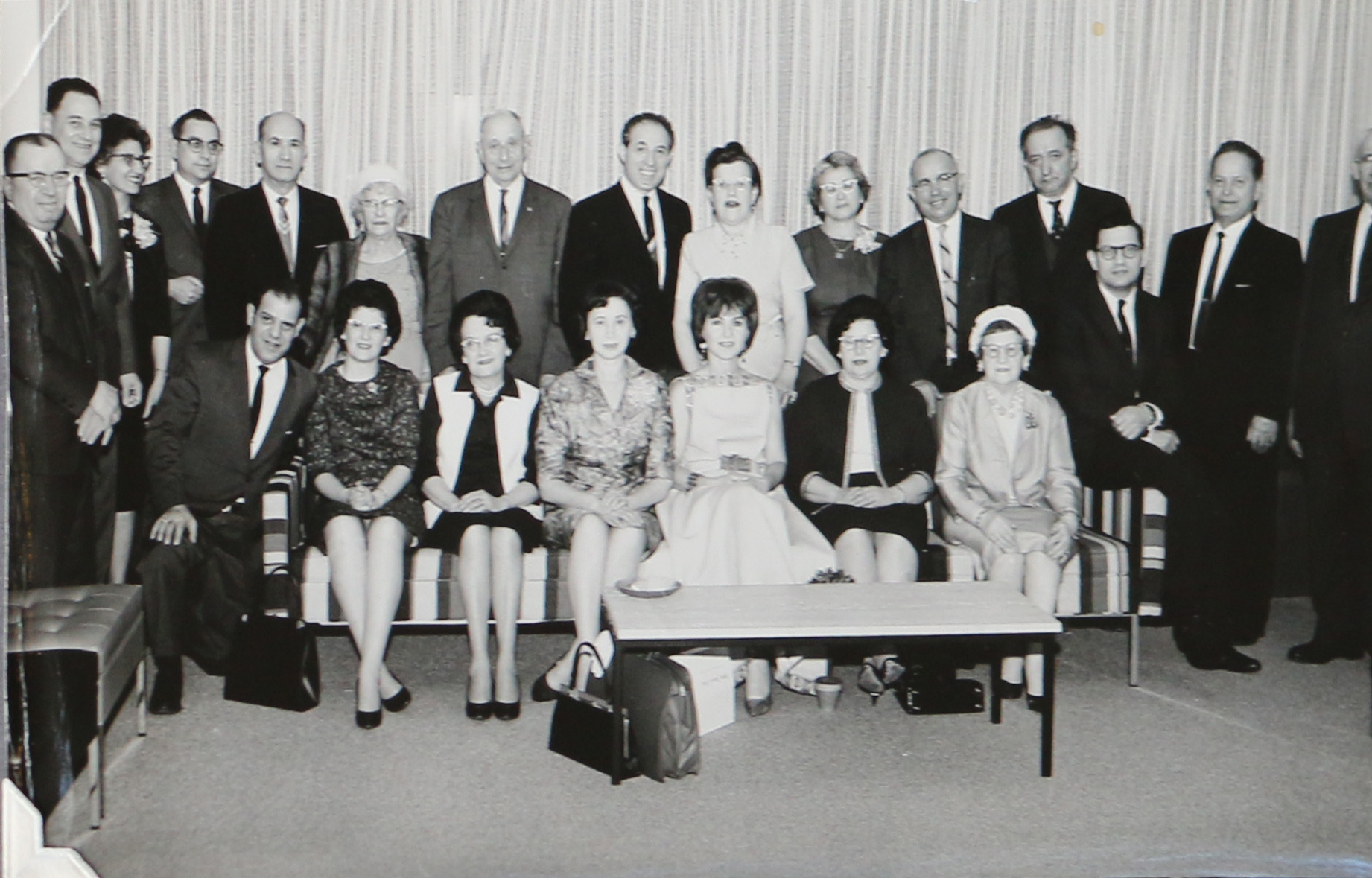 For a while I was his only hope - I was fourteen or fifteen and he wanted me to translate his work. What a failure i was at it. But he found other people, had many books of translations published and yet never found an audience.

I think he may have been responsible for this blog.

Why do I not write about the inauguration? My heart pounded as I watched it, and fell as I heard the speech. My memory returned to the first election of which i was conscious - "All the way with Adlai" we said in 1952, while every one was sporting "I like Ike" buttons. It was my first surprise and my first disappointment.

What could be done? Why didn't we do more? Even in this country I am helpless, watching people with no ideals determining my life and the lives of all the people who live in the land i love. All I do is lead my life with as much of my own ideals as possible.

Trump's plan of moving the embassy to Jerusalem no matter what the consequences reminds me of when the big kid throws a ball through the window and runs away leaving the little kid to get beaten up by the store owner and arrested. Time to move to Oregon.

You know i couldn't live anywhere else.

Painted myself into a corner there, didn't I? It is beginning to look very scary around here, except that i always worry before an event and who knows, maybe the worst won't happen.

At the hairdressers today - just to fix a haircut - I wound up with almost no hair left. I think it was because of the conversation about Donald Trump. I was the only one who disagreed with the idea that Trump couldn't be any worse than Obama. Are you kidding? I protested. Snip snip. Obama isn't Muslim! Snip snip. He didn't have an agenda against Israel! Snip snip. He isn't only what they write about in Sheldon Adelson's newspaper. snip.

I had no idea people really think that way here. And i'm now coming down with a cold because I left before my hair was really dry.

But my hair really looks bad.

Don't forget to come to Antishefa tomorrow - 1:00 at Tmuna on Soncino Street. I'm doing a little shtik on daily life.

After an afternoon of baby sitting, an evening of swimming classes, and tomorrow morning of grandparents day at school, I'm hoping to be up to par.

This morning was dedicated to some thyroid and vein doppler tests. Simple tests but time consuming and exhausting. i'm glad i did at least some of the tests my doctor recommended before she left the health clinic.

First thing when we sat down for the dress rehearsal in Tmuna today, a guy comes in and announces that we're welcome to smoke Cannibis here because this is now home and the law now allows marijuana at home. We don't smoke and no one else did, but it was a comfortable feeling to be reminded that we're allowed. My own little shtik was written by Haggai Linik after long talks with me. He listened to what I said and wrote the exact opposite. it turned out to be antithetical to what I thought was going on with me. but it worked, not only on me, but on the audience as well.

On the run from the Nazis
just before the army invaded Danzig,
my mother had two abortions.
She told me of the pills
purchased from a kindly apothecary
down the street from where
they had rented a room for the week
(the room my father feared to leave
after the first time he was beaten).
She told me how they made her ill
unable to walk for days.
And in another rented room
there was a second child,
the knitting needle self-inserted
as she lie in a bath of warm water
veined in red.
She told me all
and I tell you –
sisters and brothers –.
because I must

I should have stayed home today - it was raining and i really have a lot of work to do. but no - i had to drag Ezi to a gallery - that closed as i sent Ezi to park - and then to a little nature walk that turned out to be very refreshing. The rain stopped for the hour that we walked the path near our house and found daisies and narcissus and other flowers, and then came back in a fury as we returned home and enjoyed the Indian food Oren brought us.

Then I got to work writing poems in Yiddish. It helps me remember my past and keeps me from imitating Trump and dumbing down my English.

We saw the play "The Back Room" at the Cameri tonight. Well acted, but not quite well enough put together. I can't put my finger on what bothers me, but I'm deeply bothered by this family exploration. something about the deep shameful secrets hidden in the family has got me fed up to here. Not everything the earlier generation did can be blamed for today's neuroses.

Today I put up a photo of Emma Lazarus' plaque on my facebook. The poem placed beneath the statue of liberty welcoming all refugees. here. The only response I got was about the margins. Maybe everyone takes for granted those last line:s " "Give me your tired, your poor,/Your huddled masses yearning to breathe free,/The wretched refuse of your teeming shore/.Send these, the homeless, tempest-tost to me,/I lift my lamp beside the golden door!"