Sometimes I think everything is about politics. My friend from abroad looks at me and asks me if i don't think the haircut she got in Tel Aviv is awful. "It's not so bad," i say, "I just don't like your shampoo. your hair's all thin and flyaway." "I'm using the best there is," she says, "Nablus Olive Oil Soap." "Try kerastase," i suggest, but I know the western influence on Tel Aviv is going to be rejected and I have made a huge political faux pas.

Everything I see is political. In Acre all I could see was the strange way the history of the city is represented - For example Acre Prison. It's not surprising that a museum site maintained by the Ministry of Defence might have a somewhat slanted view of history, but how much can I trust the representaton of history when the 10 Jews who were hung here are memorialized in photographs and poems, but the 66 Arabs hung by the British and/or Turks aren't named. 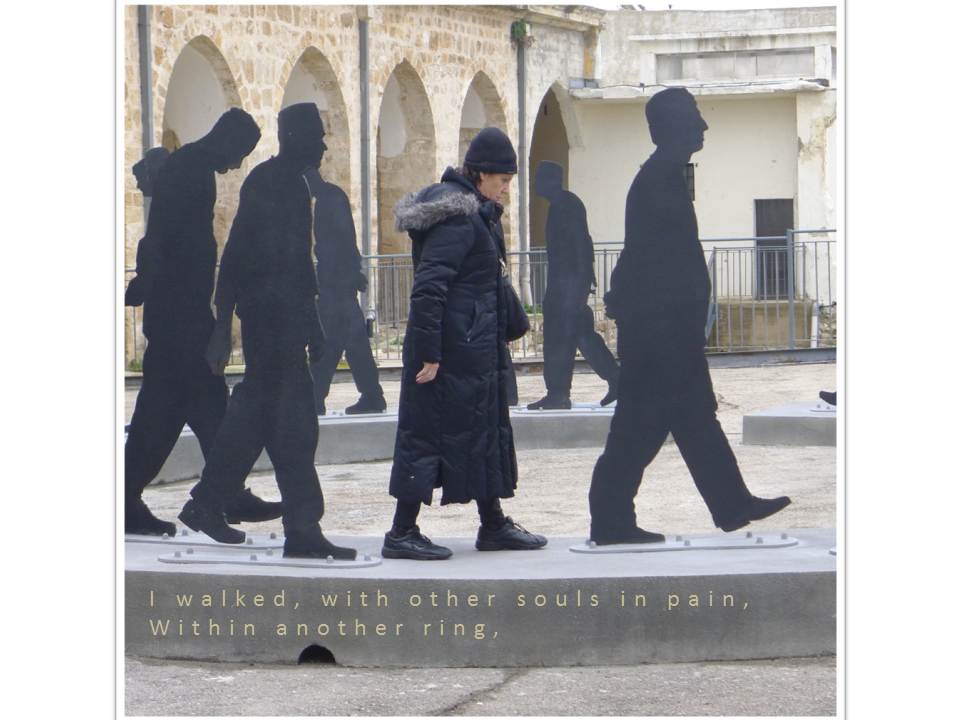 The inequalities in Israel are all over - but there is also an incredible positive power, and that's what makes me believe that social change is also possible, and the sharing of interests of Arabs and Jews here will create an even greater society to benefit all. This video, for instance, about the amazing progress Israel makes daily, is absolutely true.

When I think of all the Arabs on the West Bank who want to use the services of Israel, especially medical services, and therefore want to be citizens of Israel, and yet do not want to live under an occupation force, I am sure that once we get out of political "boxes" we can solve the problems together. But there is no way to solve any problems as long as we remain in the limited mind sets we have. We need education!

As I was sitting with an Arab friend today, I asked her about whether we could meet again on Tuesday. "Oh, wait," I said, "You won't be in town. You'll be going home to vote." She looked down for a second and said,"Yes." And both of us knew she wouldn't be voting. Later I met with a Georgian friend, having already proven myself indelicate, I asked her who she was voting for. "I honestly don't know," she answered. "There's an Arab woman I like..." "You mean, Da'am?" I said incredulously, sure that she would be right wing. "Yes, they want workers' rights." Since I can't even predict how my friends will vote, it is clear that no one knows which way the country will really go in this election.

How will my body vote in the morning?
To which ticket will my fingers float?

When I am to decide
The future of the world 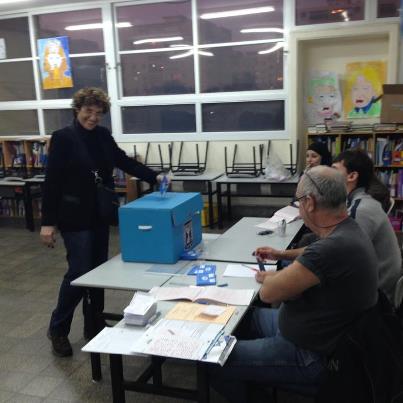 This might be the beginning of a new politics. But perhaps not. The results will be out in a few moments. But the day was so marvelous, even Ezi came out. Everyone was out - shopping, touring, visiting. We should have been with our friends tonight holding each others' hands, but we spent the day in the park with the kiddies and are now worn out.