Please forgive my silence. I have nothing new to say about Sharon that hasn't been hashed over and over in the news, and there is no other news around here.

The refugees are back at work. We can go back to our luxury life.

Honestly, when I see how the refugees behave in their demonstrations, how they clean up the square after they protest, I see how much they have to teach us. But I know we should be focusing our efforts on increasing employment of local people, and only then worry about the refugees and/or illegal workers.

I've not had time to write much about this, but the refugee situation has been much on my mind all the time. Gizi wrote me that my numbers are okay but my figuring is wrong - the one percent increase in population would not harm our culture. I agree - it may well even be fortuitous to Israeli society, but would demand a great effort and monies on our part, and it would be nice if perhaps the UN aided in this effort.

Gizi's letter also reminds me that I have been neglecting the wonderful potential social life in this country by grand mothering and wifing and house-fixing.

Arik Sharon has not left my mind all week - there was a cartoon in some Arab paper of him devouring children way back in the days of Sabra and Shatila and I always wondered whether in his position i would not have made a similar error of judgement. I mean I don't think he expected Arabs to kill Arabs, but he should have taken responsibility for his invasion of Lebanon. There were a number of other crimes I could not totally pin on him, and so many good things that he did for this country that I can't not respect him somewhat. I'll tell what I don't accuse him of - killing Arafat. He wasn't that dumb.

Have I mentioned the latest in the list of computer problems I have? I am now using the mac because the pc went into the shop to have the battery changed and came out a vegetable. it's now back in the shop but i think i'm going to spring for an Asus transformer. The Mac is lovely, dark and deep but it doesn't suit my thinking style.

We went to Papa's today to check out the pasta - I think the customers were satisfied. 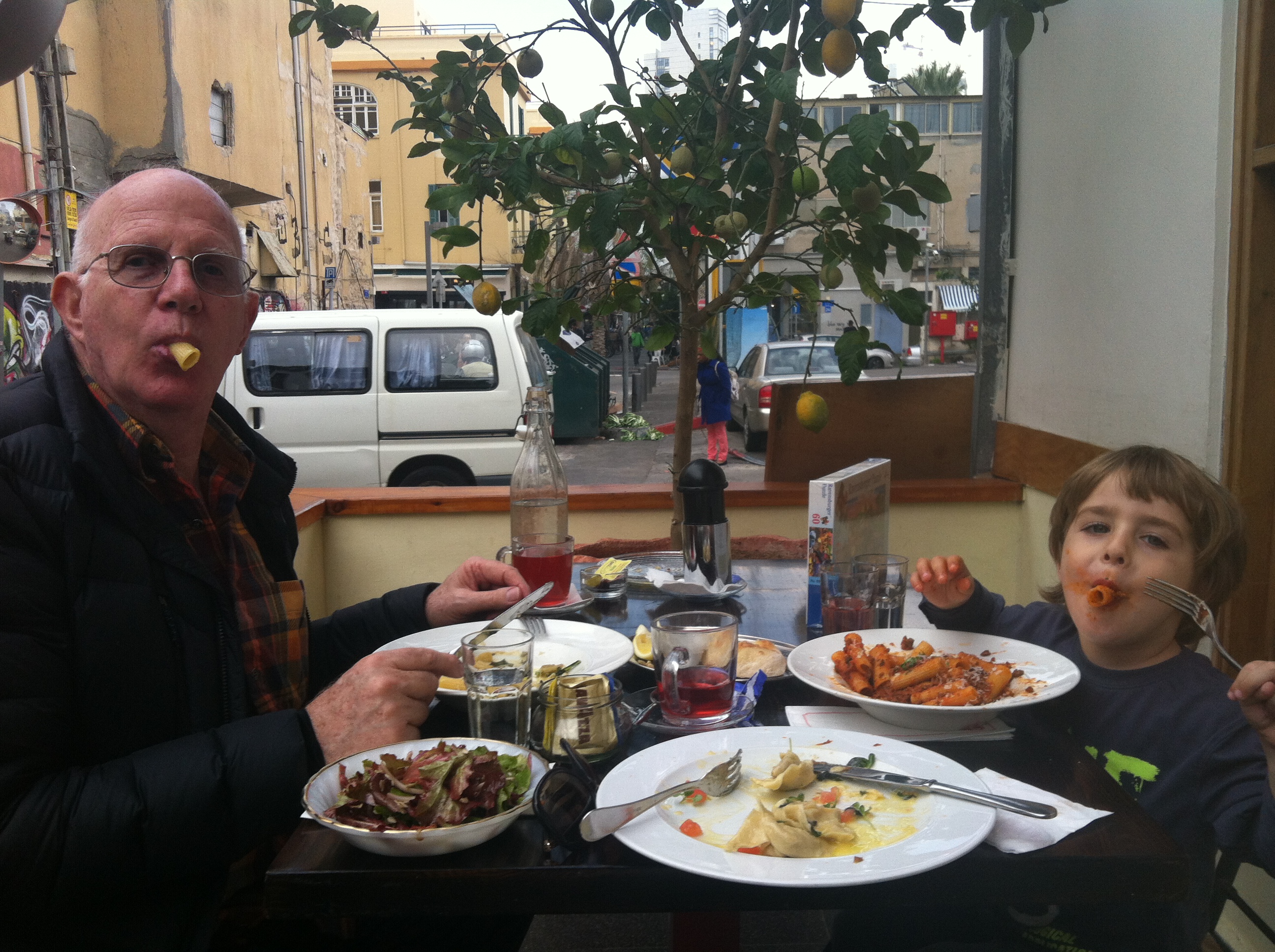 Hidden behind the lemon tree is the award from Tripadvisor from this year, as well as a few others.

A very pregnant friend today reminded me of another aspect of prejudice against refugees this morning. Last year when I went to an introduction to the maternity ward of Ichilov one of the husbands raised the problem of refugees from Africa and the spread of tuberculosis. Other questions about health - like polio - didn't come up, but they would have been relevant, because there are numerous contagious illnesses attributed to this unvaccinated population. "Would you not feel cautious about giving birth next to someone whose health was suspect?" my friend asked me. I couldn't answer her - I don't know the exact statistics, although the midwife explained to us that sanitation was of utmost importance to the hospital.