So I can't count. It just seems right that if we were the only ones not celebrating last night (we left our friends early to go to bed, watched the traffic jams toward Tel Aviv, toward the restaurants in Herzlia Pituach, and fell asleep.

Boy did the new year start off wrong for me. My recurring flu developed into something bronchial so i went to the doctor who decided i was having a heart attack and sent me to emergency. "I'll go later," I said. "I want to rest first." "I'll call for an ambulance," she said, which prompted me to agree to drive over. I wound up under 24 hour observation with my flu, and have just returned home. It was an experience in itself but i'm going to go to sleep first and talk later.

Okay, here it is: When you enter the Emergency ward in Ichilov you are reminded by a broken column with a quote from the sacrifice of Isaac that Rabin was brought here to die. I got all caught up with that story because I knew the nurse who accepted him that night, and her stories, so personal, so moving, came back to me in my emotional confusion.

But I forgot it all when I saw the sea of beds in the hallway. Mostly the venerable residents of Tel Aviv, old, tiny men and women being wheeled around by their children - who are my age. I get the VIP treatment in Emergency and since they don't seem to find anything assume I'll be going home. I even volunteer to walk over myself to the xray section in order to avoid the bed traffic jams. I take the x-ray and watch the injured and broken people around me, all with their worried families, while the xray gets developed. Then my name gets called. "You can take her back to the ward," the technician says. "It's MY Xray!" That's when I KNEW I should never have gone to the doctor for my heavy chest.

But instead of releasing me, they book me into the hospital for observation, the ward so full of people there are men in beds in the halls."It's particularly busy today," a nurse in Emergency warned me, but it really was beyond imagination.

I have to add that the place was sparkling clean, and even though it was impossible to get a nice word out of the overworked nurses, the medical treatment was incredibly good. And believe me, I know how to judge.

I'm so out of it i even got my dates mixed up yesterday and just noticed it now.

What keeps going through my mind since i left the hospital was the number of people who - had they been properly treated before - would not have had to be hospitalized. The need for geriatric care - for maintenance - in Tel Aviv in particular -is overwhelming. Such a large proportion of old and poor people who do not have the means or the knowledge to control or prevent illnesses! When I was a child, there was so much respect for the aged. It was inbuilt I thought - in our religion. And it isn't that there is no respect now. But there is no money. The old people I saw were underfed, improperly medicated, and neglected.

So, beyond the inhumanity of it all, we are wasting much more money hospitalizing people who could be kept healthy and at home at a much lesser cost.

It is not the decay of old age that is giving me nightmares, but the indifference to it.

A group of artists who have never met - dance, video, music, poetry - get together in my living room. Different ages, different sexes, different audiences. The only thing in common is the mutual show we're putting together. Within seconds it emerges that everyone's friend is a friend of the person next to them, and they have actually seen each other perform. And within seconds they figure out a program, a way to integrate their talents. i love to watch creative people work.

And as a mark of my optimism about my recovery, I agreed to do a show at HEAD on January 14, at 8:30 p.m. 3 Peretz Street. If you were at Klippa it will be almost the same, with one or two extra songs. But the sound will be better. This is what we look like: 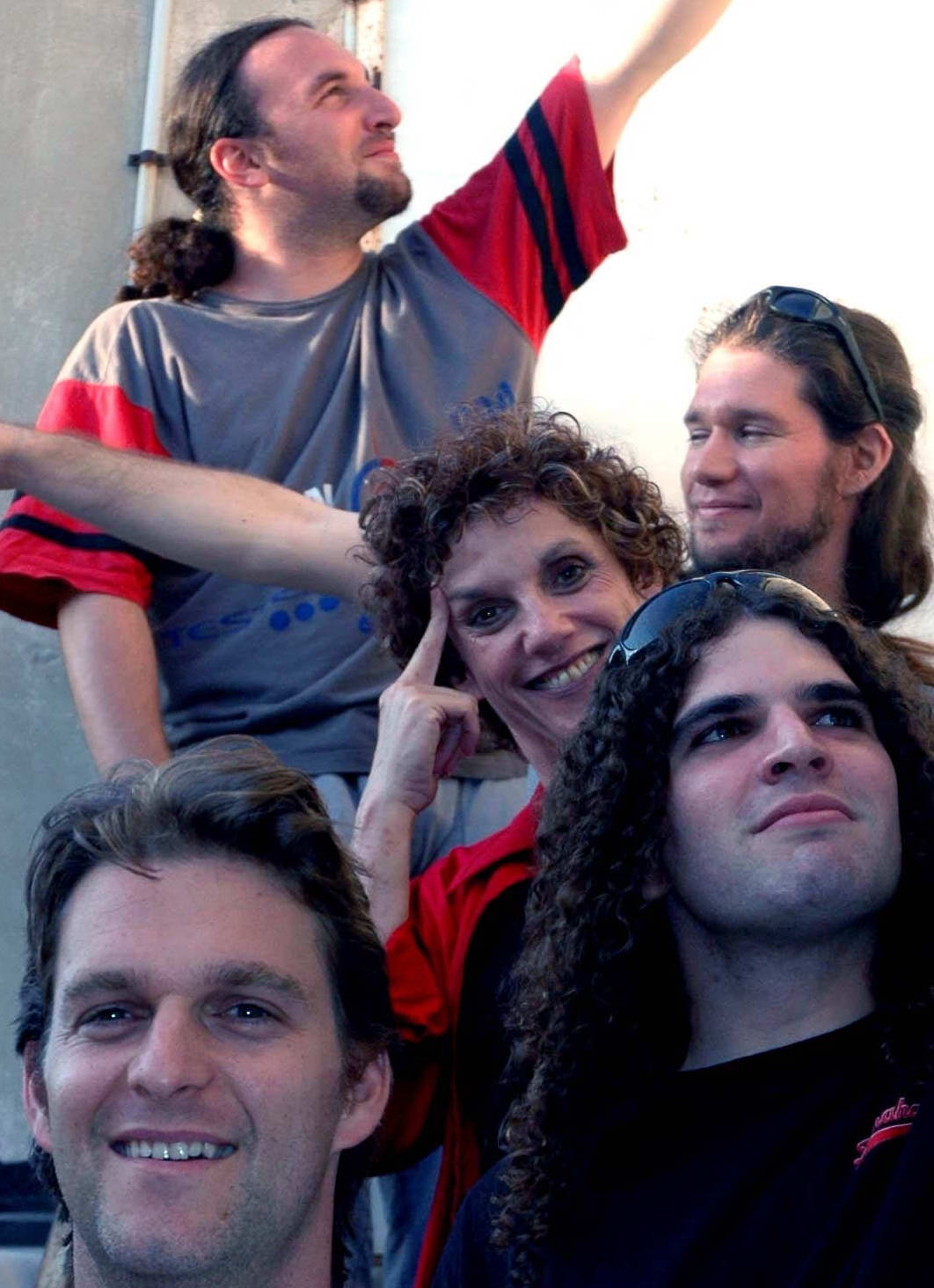 And as I am improving, and the pains in my chest diminishing to the point where another half-bottle of that codeine syrup will make it disappear totally (or seem to) Ariel Sharon is being lifted to the hospital with the real thing. Since everybody and his neighbor seems to be planning to vote for Sharon despite the whole Cyril Kern scandal, the possible neutralizing of the Prime minister is particularly significant. As Mark Twain said, if you put all your eggs in one basket, you better watch that basket.

All night we were connected to the television. My father suffered a stroke over 20 years ago and every stage of the process seems intensely fresh. Here is the poetry log I kept of the first days of his illness.

But now I have read the poem and it tells you nothing. The facts are that my father had a cerebellar hemorrhage in 1985, was operated on for 8 hours, and slowly emerged as fully conscious but with almost no control of his body, unable to swallow, unable to control his movements, knowing that his 'language' would make no sense to anyone. His last year was hell for him and his loved ones, and I hope Sharon does not continue in this state.