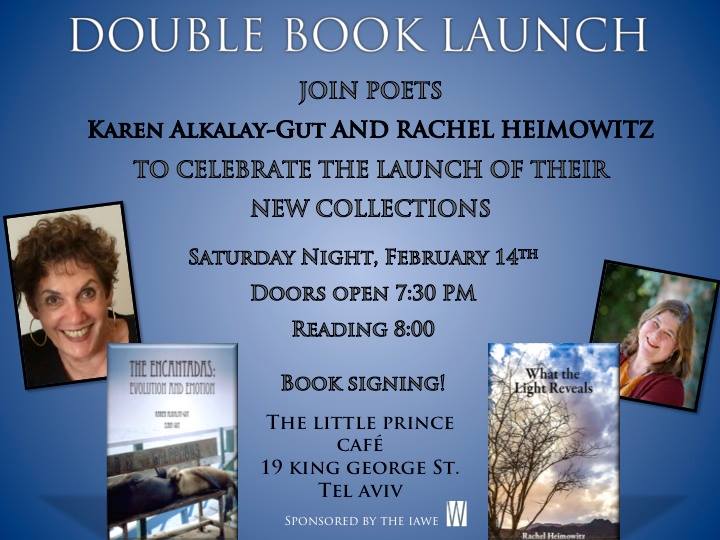 Our Prime Minister has gotten rid of two of the judges for the Israel Prize for literature. Here's the story.. Were I a candidate for any of the prizes or even the possibility of being a judge, I might be fearful of complaining about this. But I would still complain. What possible literary interrest would this prime minister in evaluating the judges? And what possibile legal and ethical and political justification could he have to do this? I know literature isn't important, and I do not know either of the ex-judges personally, although I have heard and read both of them. and they are both wise.

(the following entry may be repititious - i seemed to have screwed up a bit on my html. but it's work reading again.

I write this as I listen to Ezi lecture about his grandfather's work in the middle east to some teachers of building preservation. Every moment I learn something new - something new that he built in Israel, in Lebanon, Cyprus,Syria, and in Hungary. Now they are talking about buildings even Ezi didn't know about, in Sarafan. It is almost a complete history of the Jews in the twentieth century. The number of projects he built in Hungary before WWI is not final but it's way over 100, but during the war he was taken prisoner and walked back from Kirgestan when it was over. That's when he disccovered that as a Jew he wasn't invited to the opening of a bridge he built, and decided to move to Israel. We're still collecting information on the number of projects he directed in Israel.

Went to a reading about Wislawa Szymborska tonight. walked into the Migdalor bookstore, saw there was no room to stand, stood for a few minutes, and left. I'm too old to stand. Szymborska wouldn't have stood.

I was supposed to be checking out the bookstore for my Hebrew book launch. That was when I realized that the poems in the Galapagos book doesn't work without the photos - together they are one artistic whole. The Little Prince Bookstore, where I'm doing the english launch, is also going to be problematic. I will probably bring the big posters from the last exhibition with me.

I had thought this book would go over big, but today when I was asked to speak on the radio tomorrow, it was about Sylvia Plath. Not the Galapagos book? I asked. They'd never heard of it. I sent them to the website. It no longer exists. Now I know why no one is writing about it, and why the public library didn't do an exhibit there. The book was a mistake. It's taken all my energies and only recently have I begun really writing again. I'm giving up trying to do a launch. I can take a hint.

You would think Bib could take a hint too. But the greater the opposition, the more he perceives the need to get his message across.

He is not wrong. There is great danger in allowing the Iranians centrifugal ability. But his insistence is counterproductive and he must learn to change his tactics.

In the meantime the entire literary structure is toppling. The book price fixing law that was enacted last year took down a lot of the small presses, and got rid of a number of writers who would not perhaps be considered on the high end of the line. When literature is treated like a capitalistic venture or a political tool, there is little hope for it to prosper - and no hope to create a living culture. I hope all the famous writers pull their application to the Israel prize and refuse to cooperate with the law that doesn't allow discounts on books.

four couples have left this country in the past two months. Four sets of good friends, people who don't know each other but have gone off to live near their children who have left or have just gotten fed up. They're not even going to be here to vote.

The Hertzlia Artists' Colony has a small theater - more of a gallery with chairs. The paintings were taken down for an evening with Ronny Sommek and Ronen Shapira. Thank goodness. There was so much going on there i don't know how to begin. Ronny Sommek's marvellous poetry that maked you see a picture of the subject and then see it in the world, in his deep empathic voice, struck me to the heart, even though i know them already. And Ronen, who never plays the same thing twice, makes you see the endless possibilities in everything. Here's his version of Oum Khoultoum and Abdel El Whahab

And now, with all the wonderful art in this country, all the great literature, the deposed judges in the Israel prize who were exposed and are now reinstated, will never he able to judge objectively again. Everyone and his grandson will be sucking up to them, complaining about their objectivity, and the Israel Prize will never be able to regain its glory.