We are having so much fun throwing stones at our member of the nationalist party Yisrael Beiteinu - Estherina Tartman - we can forget the real issues. She said some pretty racist things in the short time she's been in the public eye, and she probably doesn't deserve to be a minister of tourism, but we really enjoy making famous people suffer.

But I digress. I promised a little more about our little tour of Drejat. So here is the school. Note how the 850 residents take care to keep the school perfectly clean. The library has books in three languages - three alphabets. 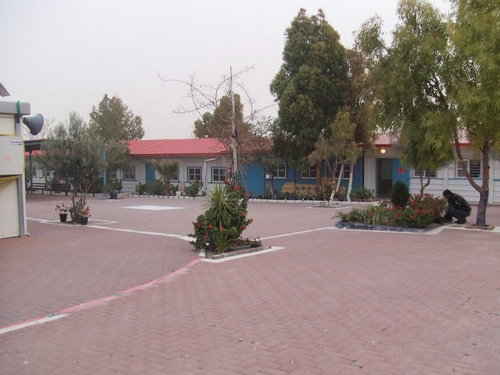 It is next to the computer room. Unfortunately the town in not connected to water or electricity - they have their own generators and wells.

Well, you can probably get all that information on their site. Let me tell you something you can't get elsewhere: We are standing in the cave that Jabber's father carved out when he came from Hebron, and Jabber is explaining in the large space where the cows slept, where the camels slept, where the goats slept and where the family slept. "How can you have privacy if the children and the parents sleep in the same room?" one of the ladies asks him. He answers with a story of parents and the child in a very small apartment. Every time they wanted to have sex, they would send the boy out to the balcony. "And tell us the whole time exactly what you see." "I see a black car coming by, some people crossing the street, a bird...." And so they would send the boy out to the balcony. One day, they sent him out, and he began to recite, "I see a bird, a yellow car, all the neighbors are having sex..." "WHAT? How do you see THAT?" "Well, all the children are on their balconies..." The cave resounds with our laughter.

We go back to Tel Aviv and tell this story to our friends, and everyone laughs.

It takes me a few days to realize that the joke Jabber has told was a culturally specific urban tale, that it had nothing to do in any way with Drejat. That's when I remembered I'd heard the joke a few dozen years ago. That's also when I realize the amazing cultural abyss that the traditional people of Drejat have crossed in bringing us to their town and making their lives understandable to us. There have been over 5000 visitors since they opened it to visitors last year. And I'm sure they are all satisfied that it was worth the trip. First Jabber feeds us his wife's cooking. Then he takes us through the town and the little children come out to shout, "Shalom!" Then we visit the cave, the original dwelling of the town, passing their generator (their local nuclear reactor, Jabber calls it), the numerous satellite dishes, the colorful and varied homes, and leave pleased. 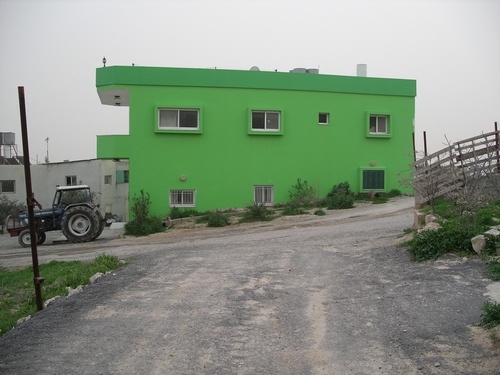 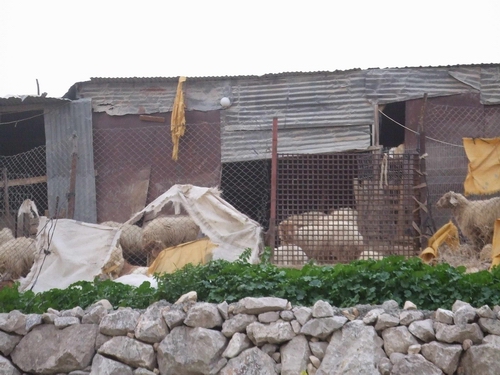 Photos as usual are either by me or Ezi. I don't remember.

And of course I spent the whole week wonderi,png what the smell was like in the cave at night with those cows.

I must add that the sense of industry and practical purpose in this town of Drajat is truly to be admired.

I just signed this important petition that you might be interested in.
As we prepare to celebrate Purim, I'm struck by the similarities to the story in the Megillah: a modern-day Haman may be on the rise in Iran, the modern-day Persia - President Ahmadinejad himself.
With a new Congress and a new UN Secretary General, we must make sure that every new leader - and even some of the older ones - knows that YOU support strong economic and diplomatic sanctions against Iran while it threatens peace in the Middle East.
Tell Congress and the UN to support these sanctions against Iran! http://www.groggerforce.org
Iran has been in the news a lot lately, and I'm concerned that Iran is a state sponsor of terrorism, providing weapons for Hezbollah to use against Israel and that Iran's President Mahmoud Ahmadinejad has very publicly denied the Holocaust and called for the destruction of Israel. Even more frightening: a hostile Iran is pursuing nuclear capability.
Today, as in the story of Purim, Iran presents a new challenge to the Jewish community and the world that our leaders must address.
Sign the petition to support economic and diplomatic sanctions against Iran. To ensure that your member of Congress receives your message, Hillel students will deliver this petition to the new Congress at the end of March. http://www.groggerforce.org

Purim. The kids (everyone under 40) have started their celebration on thursday and are going strong. At the same time there have been more than 70 warnings of terrorist attacks. West bank is closed.

We hit the mall late Saturday evening. To get presents for grandchildren and grandneices and so on. The toy store was pretty empty, but evidence of the day's madness was everywhere. Especially on the faces of the clerks. The clerk who served us would not hear a word I was saying - partly because of the loudspeakers and the music, but also because she was worn out. She was blond and looked Russian, and she was keeping herself together by shutting everything out. I thought I'd have long ago gone crazy among all the plastic toys carrying offensive messages (sometimes self image,lacking all values, imitative, content-empty), and with all those spoiled children with their out of control parents. So I came home very depressed.

What do you think? Eurovision may ban Teapacks song Push the Button which reflects Israel's fear of being blown off the face of the earth. Is it too strong a subject for pop culture?