If the way to understanding other people is through the food then i really understand people. After all I spent the last two Friday afternoons in Tel Aviv shopping centers - this time in Gan Ha'ir - where the food is 'international.' Okay, maybe it was just a couple of Druze ladies making pitot while their kids watched over the fillings. Still it's the thought that counts.

It is always very important to get to know one’s neighbors, but sometimes it is really hard. Over the years I have written about visits to villages, towns, conferences and meetings in places as varied and different as the Druze town of Maghrar, the Muslim city of Teibeh, the monestaries of Vadi Kelt and the mixed Muslim-Christian city of Nazareth. But today our experience was completely different from anywhere else we’ve been.

After a beautiful visit to a nature preserve (more later)we began in the town of Rahat. In the early seventies I was in that neighborhood a lot and don’t remember any signs of a town there, but now there are almost 50,000 people, according to our amazing guide Nissim Krispil (more of him later). After traversing the city and being impressed with the houses,

we met the children of the tribe of former slaves who do not intermarry with the Bedouin (because the Bedouin won’t mix with them). 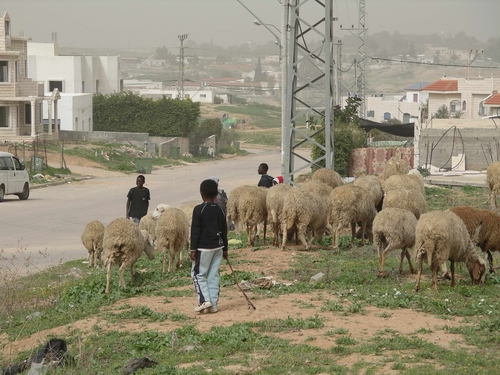 Then we went to visit with this man:

At 95 i don't think he's lost any of this powers even though here he's only demonstrating. 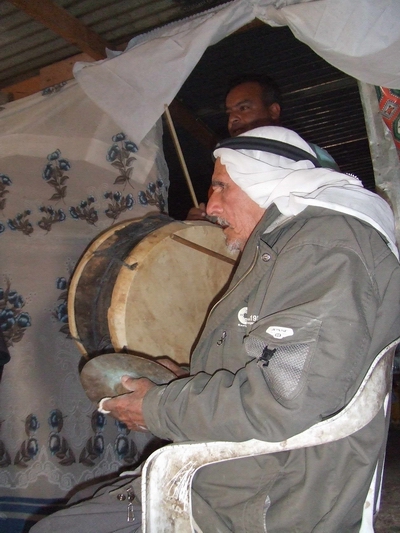 In fact i suspect he even 'reads' people like me. His analysis of me was that my head - as the translator said - was dizzy. But after a conversation with Nissim it appeared that my head was filled with "wishwishat" which was explained to me as butterflies, but I am pretty sure he means cobwebs or whispers. And that I should burn some incense on Thursday. I'll go for that.

More on the Fallachi village of Drejat tomorrow. In the mean time, here's a debka class in the grammar school 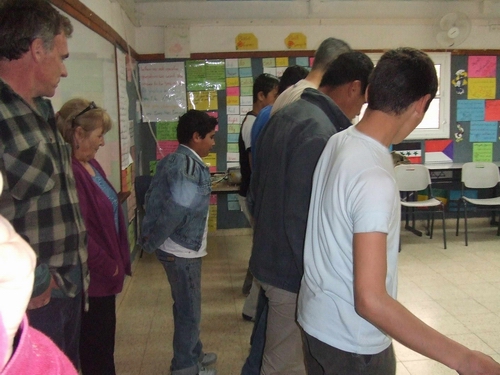 The little one was by far the best dancer but they were all impressive, intense, and strong.

And to brighten your day and mine, a few views of the nature preserve: 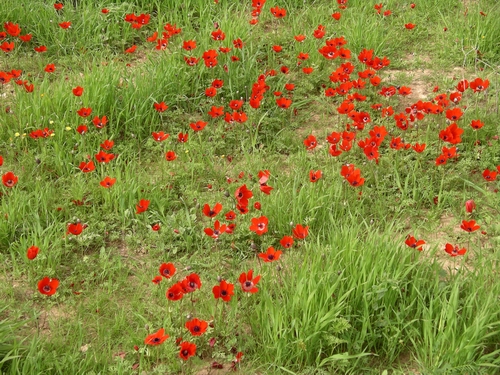 The poppies we all go crazy for around here 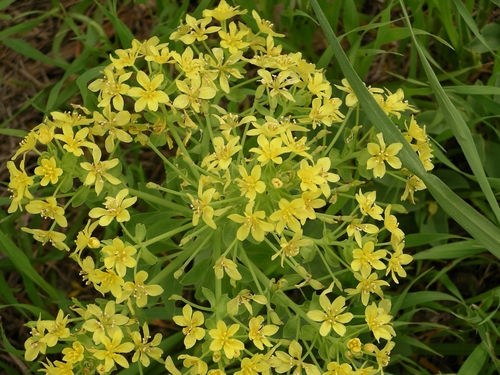 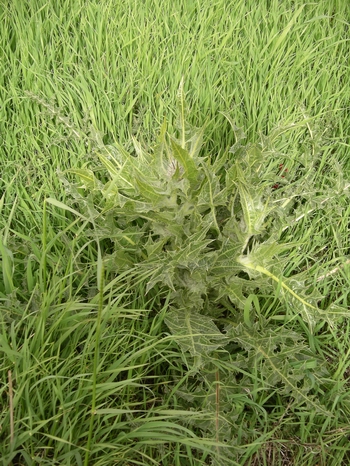 Don't trust me with wildflowers. Apparently I'm wrong about everything but the poppies. Thank goodness you tell me these things.

I hope my guide doesn't see how badly I learned my lessons. I'll have to get one of his 20 books on plants and healing and look at the pictures.

In response to your questions, the guide is Nissim Krispil and I highly recommend him.

And to those of you who asked me about poppies in the past, try visiting the site of the paintings of David Najar.

By request, a poem about Vadi Kelt:

The steep trail down to the monastery
distills my senses,
not just because the air is clear. I can see
the domes and terraces
cut sharp into the cliff,
the noble mount
of the far-off Bedouin,
and the ravens –
descendants of those
who nourished Elijah –
flying low over my path.


It is as if I am walking
in the cupped palm of God.


But something goes wrong.
Once inside the sacred place
I shrink from the charnel boxes,
the glass case of a monk in state,
the paintings of old men with smooth faces—
the whole idea
of preserving a holiness
separate from life—
and run to the path to negotiate
for a ride back to the main road.

The donkey does not agree,
sees my great mass and kicks back,
farting into my face.
I could probably walk
but need to feel his flesh
beneath, to learn where we belong,
to return to earth.

I’ll tell you what’s inside the monastery
I whisper into his twitching ear,
if you are easy with me.


He takes my forward lean as a sign to trot,
and only his master can prove with a sharp word
that my body does not know what it commands.


Teach me to understand how all this
fits together,


I whisper again
And the donkey
drops a load, keeps walking.


There was a cell up there, I say to the ass, for the pure
ascetic – with only a basket to raise the food.
And to the young master, I add, “We seem to be
learning to get along.”


So goes my slow and soulful voyage
from St. George of Koziba –
full of great sentence.


But all you can see
from the road,
is a tired woman
moving slowly on a donkey
held by a Bedouin boy
flashing an uncharacteristic,
uncontrollable smirk.