let's begin with Etgar Keret. his ability to think outside the box was shown once again last night at the play "anihu" whose stories always teach you to expect the unexpected. his mind, of which i am enamored, is always showing that we have been trained to believe in narrative that there are acceptable and inevitable paths, when completely alternative ways are possible - completely socially and narratively inacceptable - and ultimately liberating. it is clear to me that the world can only be saved if this mentality is adopted in other fields.

Ezi and I went on the Israel Trail today. i have been gone a long time so missed many months of hiking, and discovered we seem to be on different trips. Here is an example. Ezi sees landscapes and wide visions. Here, for example, is the Bedouin town of Shibli 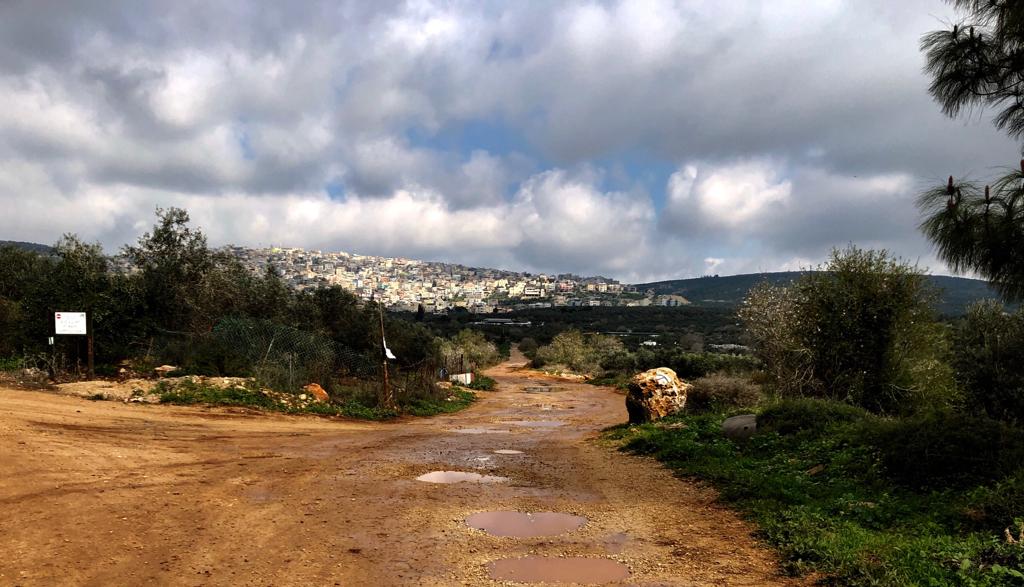 and the nearby view of Tavor Mountain 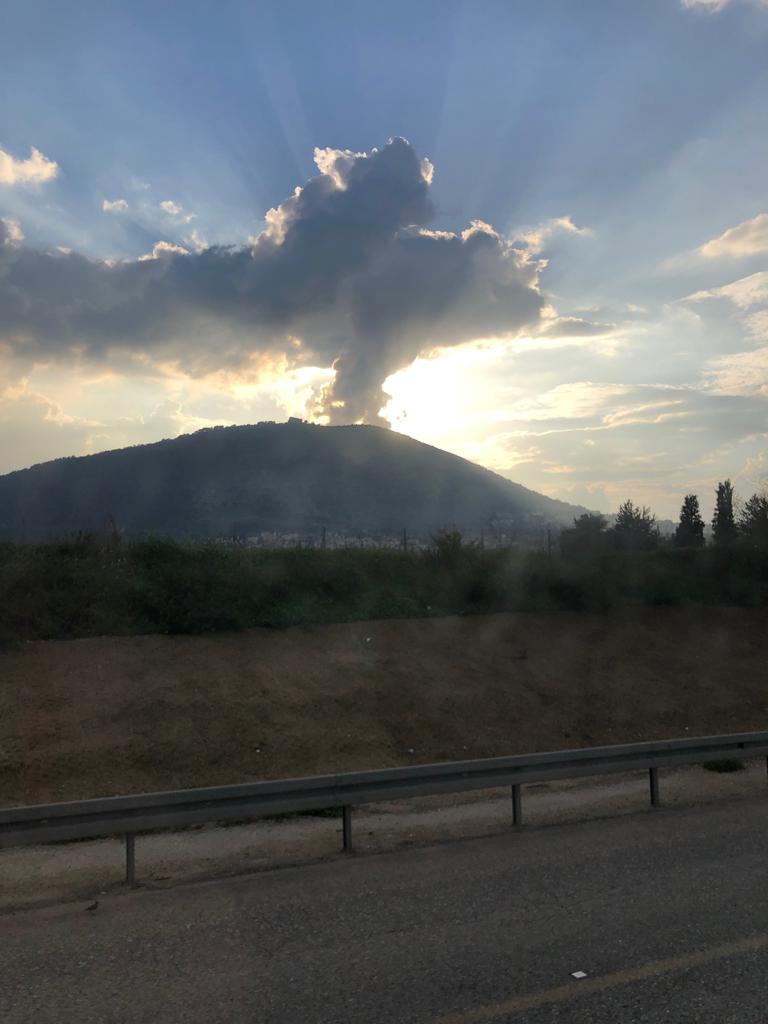 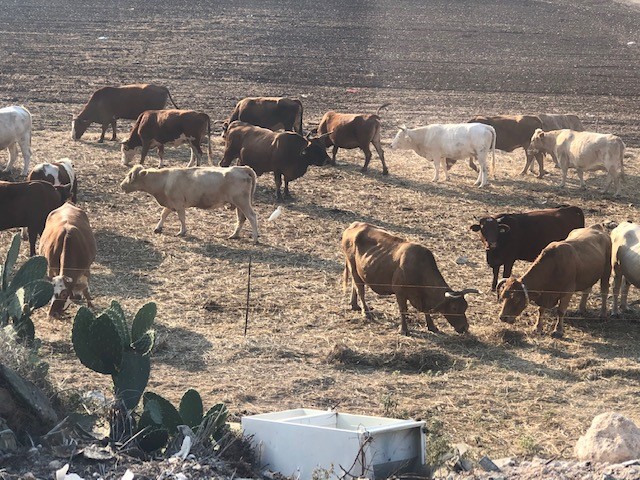 The white one with her calf ran off. But never mind.

Other than that we hiked for 15 kilometers and were happy.

We rested at the center in Kfar Tavor, saw the old Moshava and museum and school, and heard the story about how the Turks wanted to destroy the school because it had no roof, but the kids sat on the walls of the school so it would not be destroyed.

Benny Gantz announced his list today. it seems a bit arbitrary, but it is clear that he is a strong candidate against Bibi. He's campaigning on the reality concept, that he's not manufactured like Bibi. His English is not great, but his Hebrew is strong, true, and effective. I haven't met him yet so i don't know if he is really nice. But i've met the others and don't like them.

today was a morning for errands - glasses, repairs, cleaning, etc. which would have been enough. Except for the fact that this afternoon was the minimarathon. and we had two children to supervise.

it was chaos. children and guards all over the place, knowing nothing. one kid put into the wrong race, the other supposed to be accompanied by an adult - unfortunately i was the adult. and i didn''t realize that child was supposed to run with an adult - so i sent her off alone (imagine me running - one who over worked her limited system yesterday. ) some woman took her hand and they ran together. it was lovely

but if i had been informed that her class has decided on a later date, it would have been even better.

Don't ask me what I said yesterday - i caught a glimpse of it just now and fixed the typos thinking maybe I'd understand the meaning, but no, it makes no sense. i was really confused by the whole crowds and the fear of leaving the kids on their own.

Today is an incredibly memorable day for this country - it really looks like Bibi might be brought down. I'm not absolutely in line with the alternative, but at least there are possibilities for change. The thought that Miri Regev may no longer be the minister of culture, for example, makes me feel as if a load had been taken from my shoulders, even though I have never believed in being dependent on any government and there are no possibilitiies for me for any personal gain from the present or future government. my mistakes and my achievements are my own.

So what i'm have to say about politics is never about what i have to gain or lose. it's about what i believe is right.