Here's the cover of the Yiddish/Hebrew book due out Monday. It seems to have created a stir on with my friends on Facebook and I love it. Mula Ben Haim painted it. And i learned much more about him on facebook than i knew before. i'll tell you about it later. 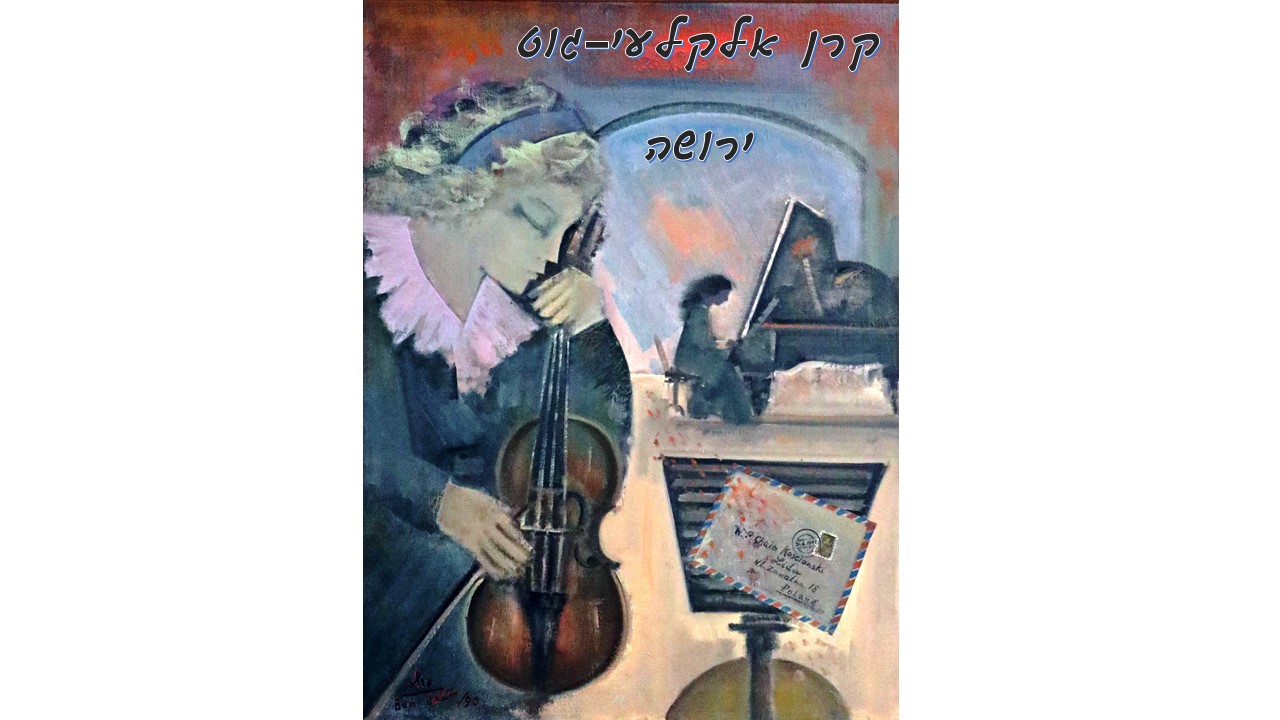 pretty much this whole week has been taken up with fever and chills. and now i'm hoping for a good night without coughing. Next week will be taken up with fulfilling the broken appointments.

so i watched more television than ever before - Sarah screaming, Stormy suggesting, ahed sitting in prison. We've got a fight with the Poles as well as the Palestinians, and none of it makes any sense. There is no doubt we're all in crisis.

what do i think of this? the Poles - my mother always used to say that the Poles were worse than the Nazis because they enjoyed killing Jews. I knew Jews who took great revenge on the Poles after the holocaust, and they deserved it. But they are right, they didn't make the camps. And we should really pick our fights.

And Ahed is also a fight we should not be having.

Two items in Haaretz drove me mad thinking today. We were walking in the park with all the children and the ducks and the balloons and i couldn't stop thinking about Ruta Vanagaite and Gideon Levy's latest piece, on Palestinian right of return. Ruta Vanagaite, a well-known writer from Vilna, has been persecuted for turning to an examination of the Lithuanian participation in the Holocaust, and Levy has been interviewing Palestinians who long to return to their home. This reminded me of a story of a woman with whom i was close many years ago: As a refugee to Israel from Poland she lived in a shack in Jaffa for a number of years before she and her husband moved to a workers' apartment in Bat Yam. Because she was sent to Siberia in the war as a teenager she longed for that original home, even though every one else had been killed. In the seventies she went back to the village - she saw the house, the tree she remembered, th bushes, and the flowers she had planted in the garden. but she was not allowed in. in fact she was chased away. she told me this with tears in her eyes.

Look again at the photo on the diary. the letter is addressed to Sadowa Street. Lida. Poland. My parents lived there, across the street from the painter-to=be. they would never go back there. The street no longer exists. An apartment complex was built on the pit in which so many relatives were buried

blank day. went to yad vashem to see the exhibit up close and even though we stopped on the way back for a lovely lunch at Karma in Ein Karma and it didn't erase the pain of the vision of the holocaust.

sorry i can't say much - as Samuel Johnson said where there is leisure for fiction there is little grief.