Do me a favor. Check out these poems about the Galapagos and tell me what you think.

I've finally started putting my readings online again. Of course it's just the skeleton, but you might want to check out the readings link. here .

The fact that we're getting rockets in Sderot all the time now, and that the people in Kiryat Gat, Ashdod, and other neighboring areas are being warned that rockets could strike their homes, doesn't prevent people in Tel Aviv from living their normal lives. We're not big Likkud people around here so the primaries doesn't seem to have affected our daily life. Except of course for the terror that Bibi is our next PM.

Last night, as we left Pappa's, we saw the rain had already begun. But by the time we came home, it had already stopped drizzling. This morning too we were all urging the rain to come down, cheering it, praying for it. But a little drizzle here, a bit of a shower there, and it all seems over with. I always complain that we don't seem to know how to enjoy the good things we're surrounded with in this country, but this itty bitty bit of rain was just enough to give us appetite and nothing more. Tomorrow will probably be sunny again.

But for the few moments before the rain this morning, the crows went crazy - they absolutely couldn't figure it out and went swirling around looking for shelter. All of naure seems to be confused by this spring that came before the winter. Some trees are blooming while others are shedding their leaves.

I promised myself I would not write too much about the economy here, or the rockets, or the threats of extinction, unless I have something interesting to say. But today, because Shusha had to have an operation, and the vet's office is right next to the mall, I found myself once again wandering the shops of the local mall.

And it was crowded. That's all I noticed at first. Then, after I waited in line to buy some socks behind some little girl who bought a toy guitar in a thick Arabic accent, and I said something to her mother which brought no response, I remembered it is Eid el Adha. "Mother, come here," i heard a little boy call, half in Hebrew and half in Arabic. And the mother, who was on the phone, ended her conversation with "yalla, bye," which is the usual Hebrew corruption of Arabic-English farewells. The holiday atmosphere was palpable, but such an interesting twist! I don't remember ever feeling a sense of a Muslim celebration on the streets.

Shusha, by the way, is fine, Just had a few growths removed.

Phyllis Lassner has probably given talks about the Kindertransport in many universities, but I'm sure that when she spoke today at Tel Aviv she had a surprise. I'm sure that an audience filled with people with personal emotional,details would have thrown a lecturer with less experience for a loop.

Me, I sat there, on the dais, suddenly realizing how difficult it must have been for my parents when they arrived on the shores of England, after barely escaping with their necks from Danzig. Here's the first page of my father's temporary agricultural visa: 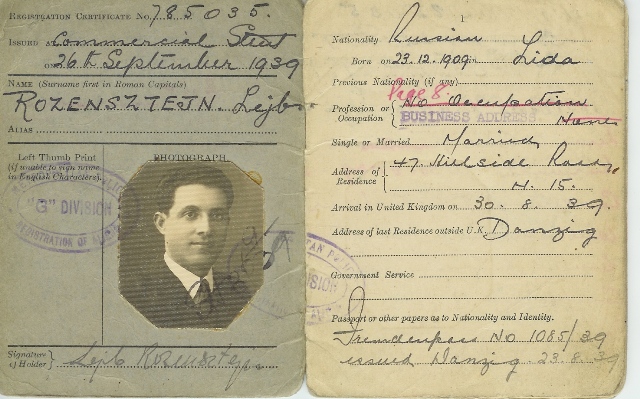 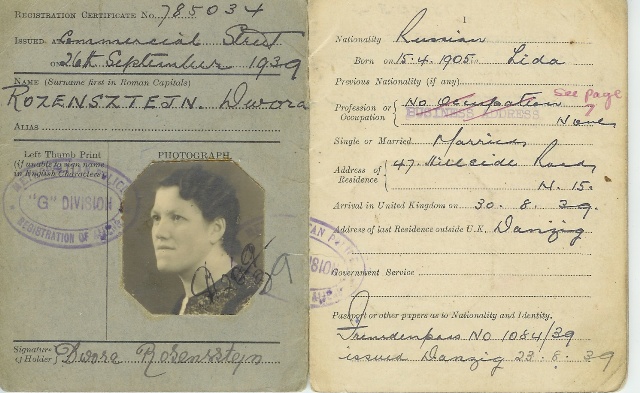 Can you imagine them, sent to take care of pigs on a farm? Then heading for London just as the Blitz was beginning. This is my father's permission to sleep in the underground: 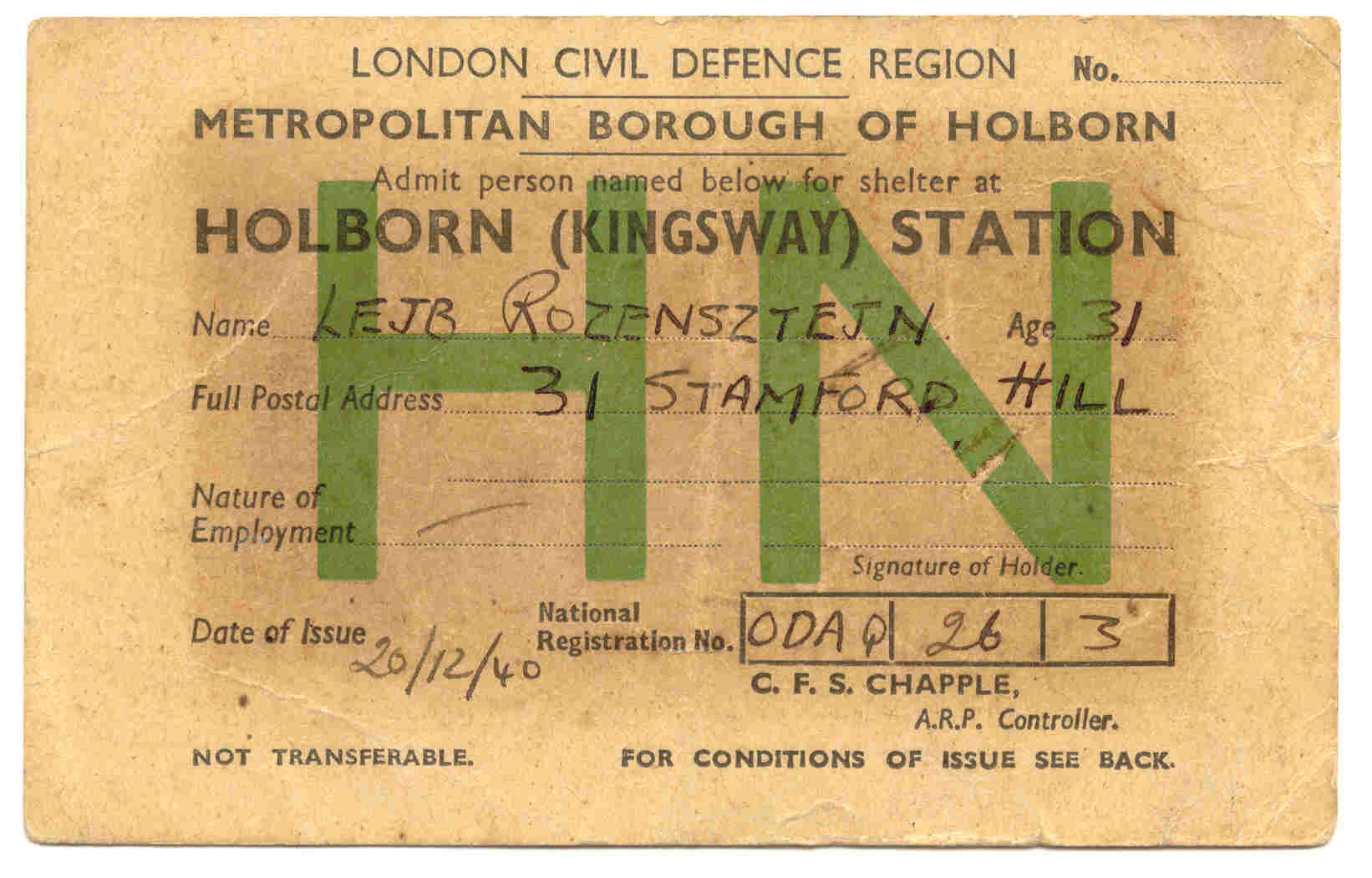 I keep forgetting to apologize for my great ignorance last week = where Alexandroni street was not explained properly. Named after a Haganah Brigade, it is an important historical word.

Tonight the moon is the closest it comes in 15 years to us. Ezi captured it: 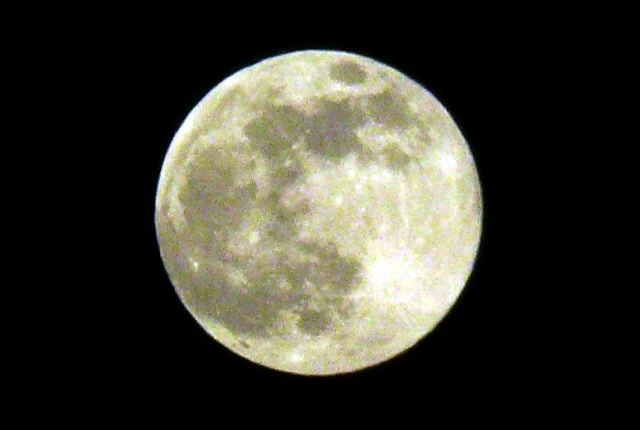 And this was at five thirty in the afternoon.

For some reason we didn't take our camera when we went up north today. There were thousands of things to photograph - the street klesmer band in Zichron Yaakov called "Kleine Menschelach," the guard at the Aronson museum who came to the closed gate at 12:15 ("It says you close at 1!" I kvetch. "The last tour leaves at 12." He answers, and begins to lock up. "Can I at least use the bathroom?" Ezi pleads, indicating the toilets just past the gate. "No!" he shouts and fixes the lock."), the dogs who rule the streets. The only thing I could possibly show you was the paper I bought at tutniyar. but that will be for another day.