Yes, it was a bladder infection. it still is. Painful and exhausting. Time to rest.

And not think, for a moment, of Bibi and his napoleon complex or even Obama's weariness that the world didn't behave the way he thought.

Once I feel better I will start thinking of how to work on the next election and how to do my part to help make this place just a little more sane.

The propaganda has already begun - and if you ask me, the political fighting is in danger of attack from without.

It is dangerous to go shopping on Fridays. Everyone is shopping and I hate it. But today I had to get some toys and party favors so I picked a time I thought no one would be there.mid morning in some toy shop that is on the off road to the cemetery. Wouldn't you know it - every grandparent in the area was there doing the exact same thing.

I was thinking about the chapter of the week and the angel that came to Jacob and wounded him in the hip. As someone who suffers from a bad hip I was identifying with Jacob. But then I started thinking about the Angel and whether it was the spirit of Esau or the understanding of the possibility of peace or whatever. whatever it was, it was somehow instrumental in peace between brothers, so i went to the port and had Ezi take my picture: 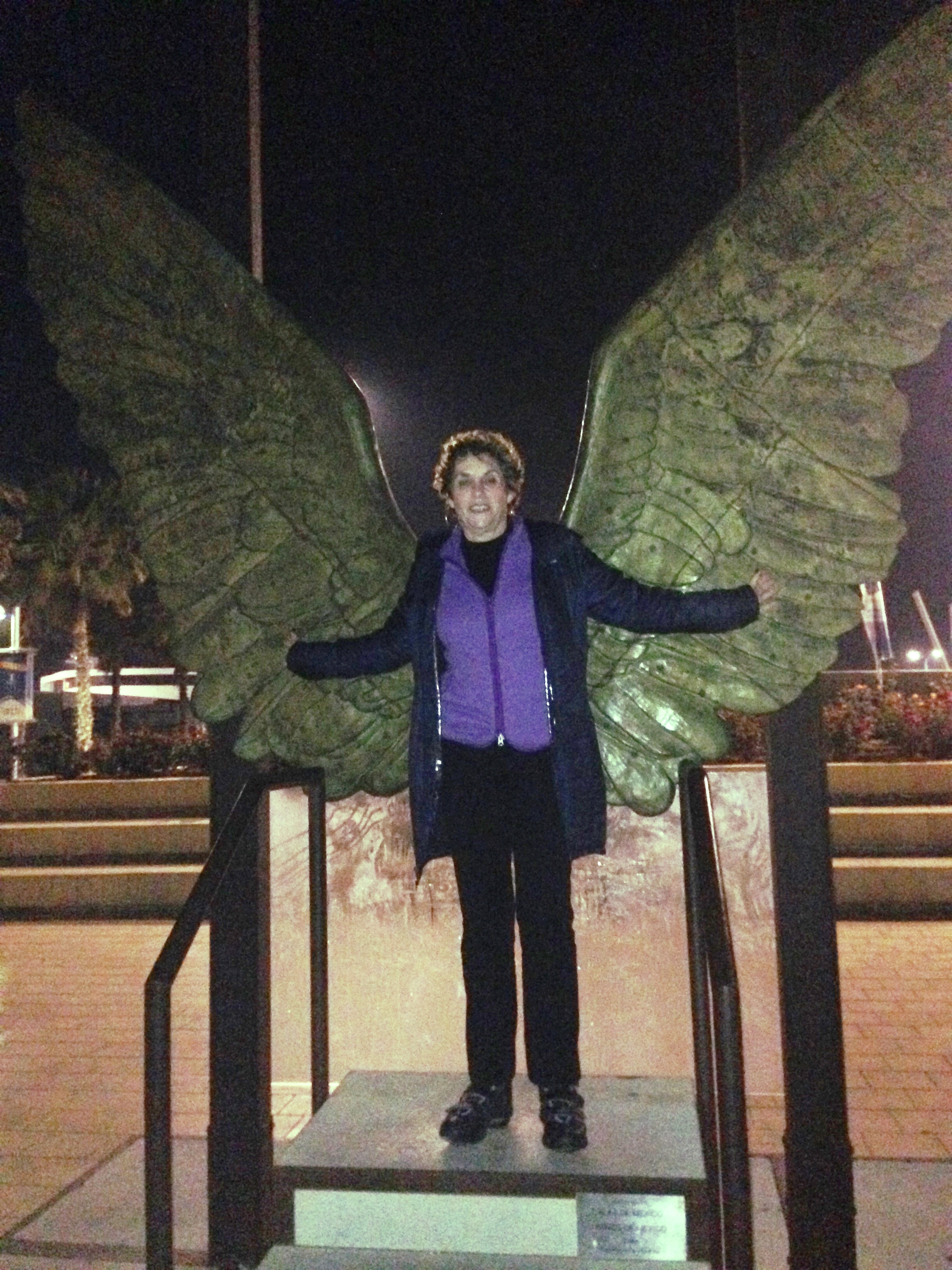 big biblical argument today. only once it is solved can i put it on this site.

In the mean time make sure you have seen "The Green Prince," one of the most amazing documentaries I've ever seen.

and in case you haven't seen

I was skeptical of attending the literary prize ceremony tonight. Bialik Prize, Tschernichovsky Prize, and the Mendele prize of which i was a judge. I thought it was going to be dumb speeches. But they weren't dumb. Especially Erez Biton, who would have had a standing audience of the hundreds in the audience had he been able to see. As it was, we were all so moved we couldn't stop clapping.

As someone who is not eligible for any prize in the country, I am usually cynical and a bit bitter, and don't show up, but I am now sorry. I always imagined a small dusty room with an audience of 40 people maximum. I think that was the way it was years ago. But this was city hall, with a moderator that sounded like he was presenting a rock music contest, and video clips of the winners that really worked! Unbelievable! With everything else falling apart, I forget how good the literature and the research is.