No place to PARK in the expensive parking lot underneath the Ramat Aviv Mall. EVERYONE is shopping. Apparently everybody got coupons as gift for the holidays in September and they expire on new years. And those who didn't get coupons are taking advantage of the sales. So everyone is buying everything.

We bought nothing. There really isn't anything for people - men and women - my age and size - to wear. I think we should design another kind of fashion for men over 50, and find more comfortable and suitable styles for women. Why is it that with all the advances in technology there are no such thing as comfortable and beautiful shoes, for example? And why is it always a big struggle to find shoes MY size? (I'm 11 - in the U.S. I can always find gorgeous dressy shoes in my size because men buy them, but here I have to dress like Clementine - "herring boxes without topses sandals were for Clementine")

Anyway there we were in the Ramat Aviv mall - the only ones not carrying shopping bags... Don't tell me it's the bourgeois Jews either - there were as many headscarves as streaked blondes.

But Arab women don't seem to have big feet either.

Not enough time in one day to talk about the events of the day. It began with a trip to Haifa with kiddies to see the Haifa Train Museum. It is next to the old East Haifa Train Station where the Hijaz Railway had its first stop on the way from Haifa to Mecca (although the last leg to Mecca never got built.

The museum is quite charming and with a lot of levels of interest and interactivity to stir the interest of any level of visitor. Because Ezi's grandfather built one of the buildings there, and presented them with a photograph album documenting the building, we had a special time there. For example, next to the antique handcart, there is a photograph of Grandpa, Arpad Gut, sitting on the handcart with his partner, Yonah Gurewich, pushed by two of the builders.

My next stop was at Tel Aviv university where the faculty of the English Department joined the students in celebrating the end of the holiday with poetry reading and singing. Initiated by the students, it was an afternoon full of energy and celebration, and I barely made it to the evening I had been anticipating for weeks -

Is there another poet like Rony Somekh? Lisa, sitting next to us, couldn't stop alternating her whistling and stamping with sighs and nods. Such virtuosity, such humanity, such warmth, such polish. Suddenly I remembered the first time I heard him read - in Pesach Millin's living room - a shame-faced basketball player, shy about reading in public, but sure of his feelings - 36 years ago. But the presenters were actors and singers, extracting the most from every poem with their expert performances, and only at the end did Rony himself take the stage. And his presence - experienced, rhythmic, cultured - but still genuine and giving. what a pleasure to know him!

Here are a few pictures from the museum 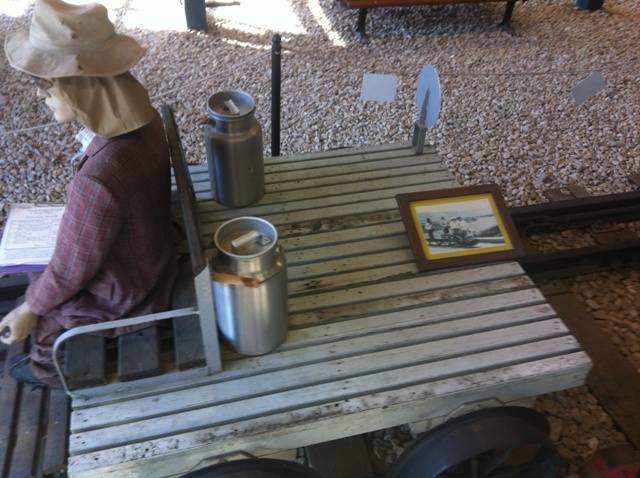 This is just the handcart I was telling you about the other day. I'll post the photo that's in the cart another day when I am not so prone to make mistakes. 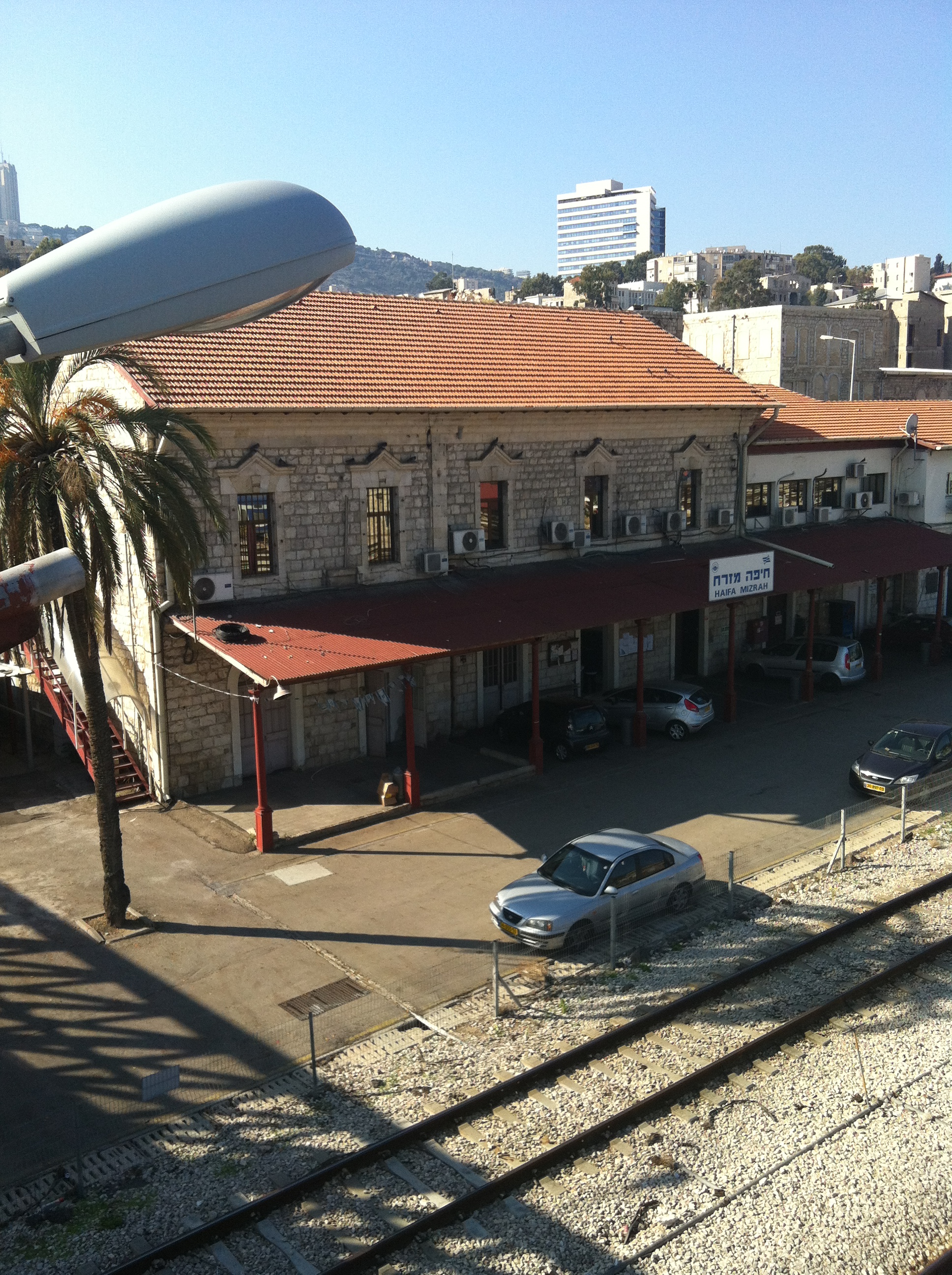 This is Feisal Street Train Station. The Hijaz train was blown up during the War of Independence and the station hasn't operated since then, but I have hopes.

And this is the narrow-track Hijaz train. 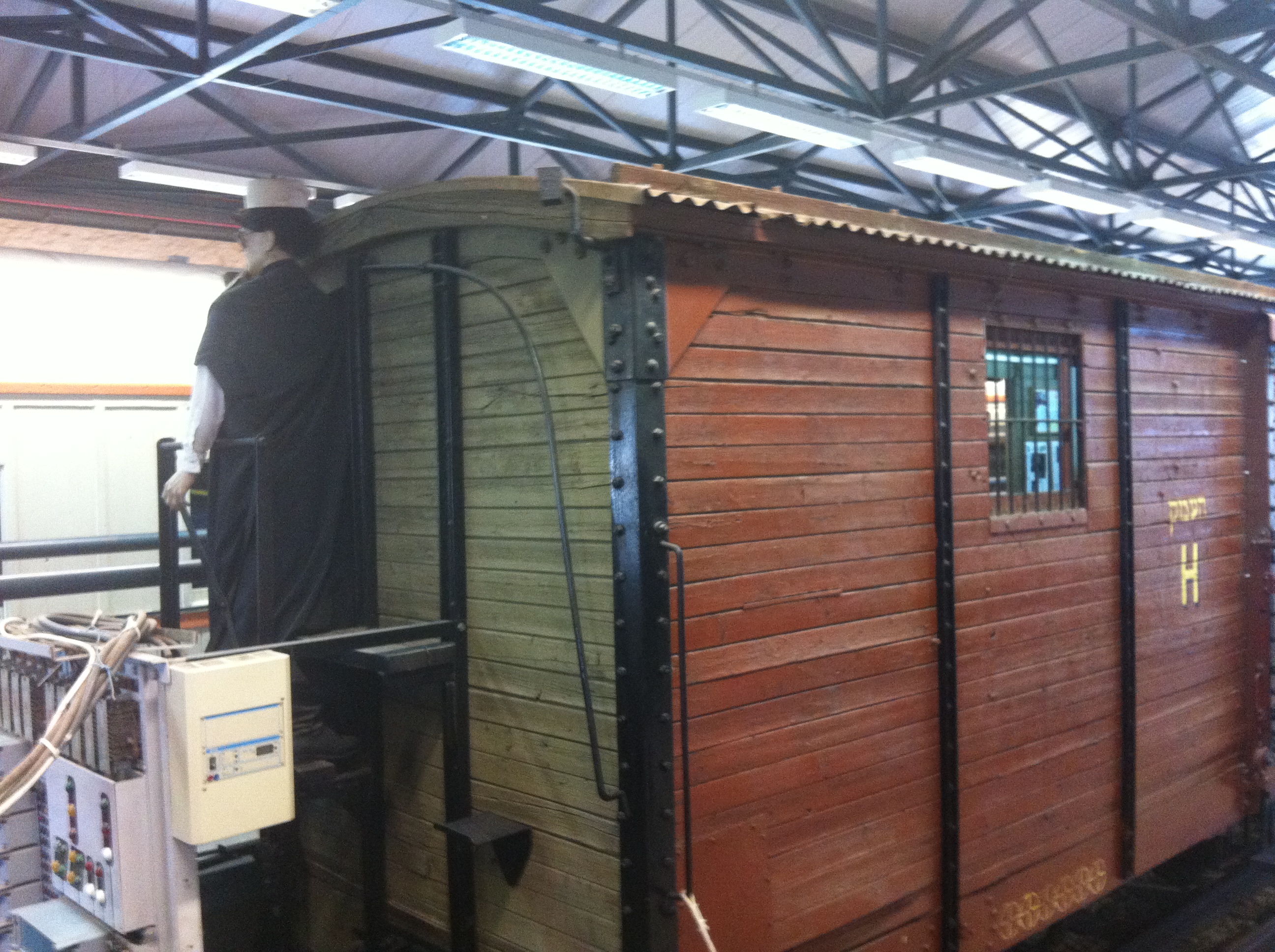 People seem to be celebrating the new year in Tel Aviv - what has happened to us? I don't remember ever really having a celebration on this night. We have an awful lot of holidays of our own.

Anyway I can't go anywhere - my gastroenterologist tricked me into agreeing to a colonoscopy tomorrow so I can't leave the bathroom tonight. Somehow it seems appropriate. If only we could all get rid of the past year so easily.