Here's a black spitfire that's as old as I am: 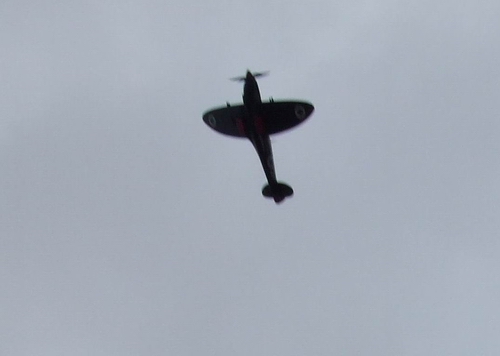 (I saw it at Hatzerim on Friday). Remember that this is Ezer Weitzman's baby, and defended Tel Aviv during the war of independence.

And here's the Egyptian monument to their slain in 1948: 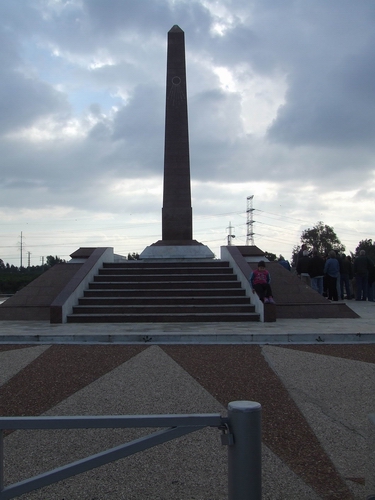 I wrote about the obelisk in the last page on Friday. But it continues to amaze me that there are two such memorials in Israel, and we respect them, while all the Israeli memorials in Sinai were destroyed when the Egyptians took over the Sinai.

Yacov Besser, founder of the Israel Writers Union, passed away after a long illness.

We have an old Leica - i have always had an affinity to it, but I never realized that the Leica people acted heroically in World War II - The Leica Freedom Train story seems like only one of many that deserves more recognition.

"I don't understand our culture," a friend said today. "Abroad, when the weather gets bad we all just keep going - here we stay home." Now I grew up in Rochester, NY, when the weather is bad a lot, but it is harder around here to keep going. Now that I'm old and rich, I heat my apartment when it is this cold, but but when I was younger, and we had a heater we only used for emergencies - sick children or high fever. And winters were awful because there was no escape from the cold. Classrooms weren't heated. Stores were damp. Who tried on clothes on rainy days? And the flooding! What house was really sealed? The rain would come through the slats in the balcony, through the holes in the tarred roof, and up from the drains. And going out meant getting splashed by some passing cars, getting snarled in traffic. I was never warm in the winter.

(After this I fear I'm going to start a new page. I Think there's enough here:

The Georgian Writers' Association is having a three day international conference starting tomorrow. The first part is in Georgian the second in Hebrew. 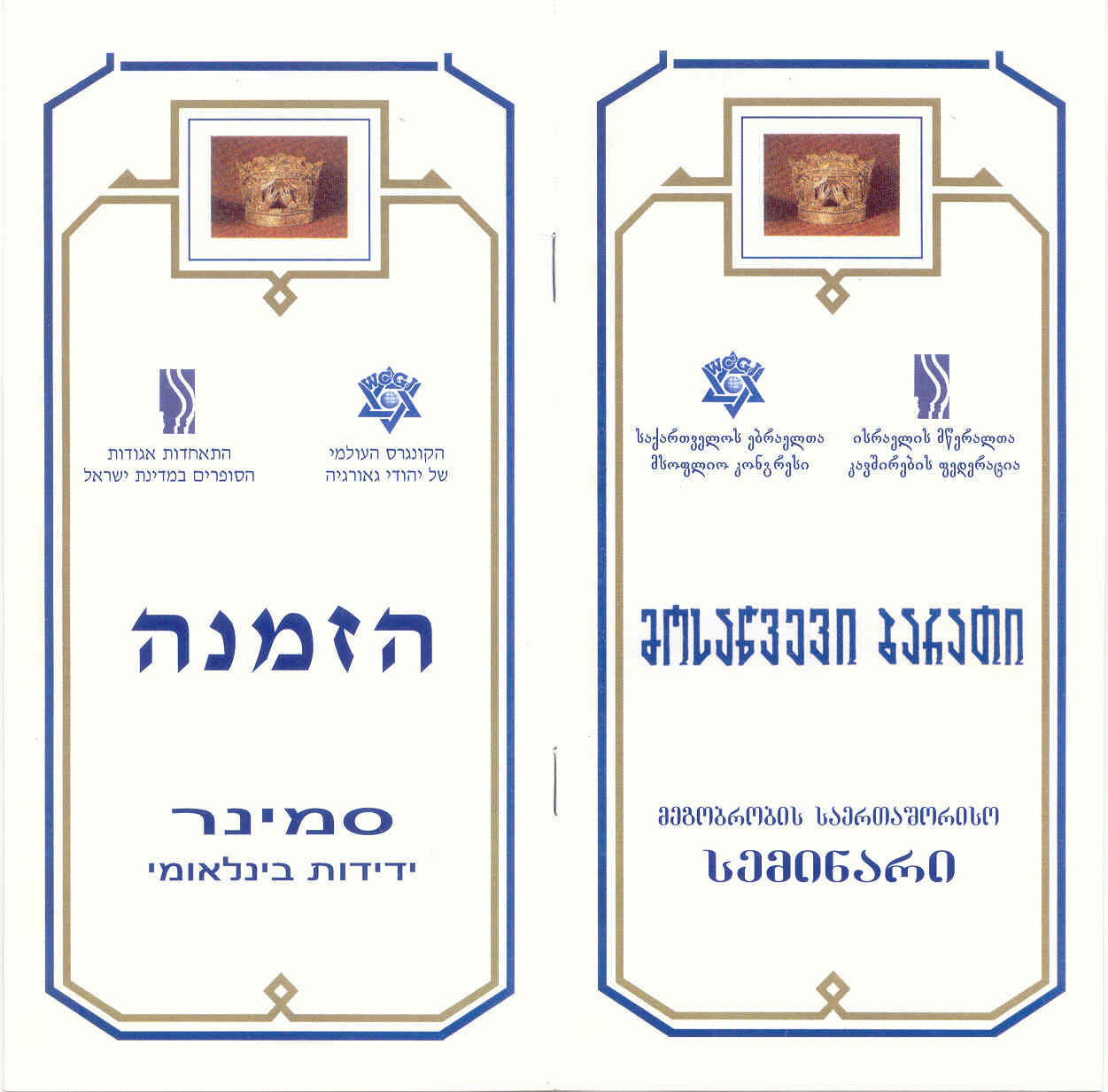 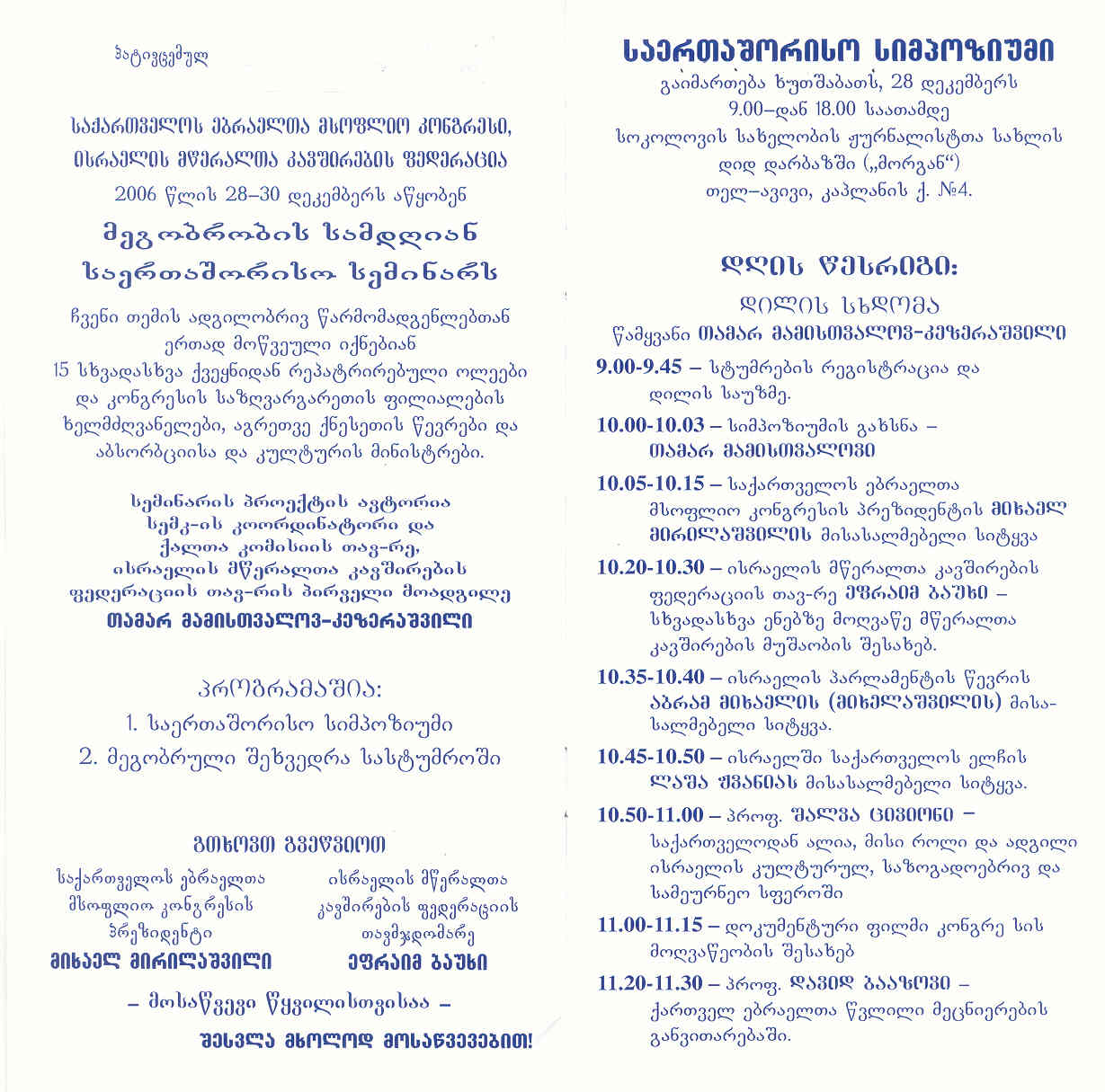 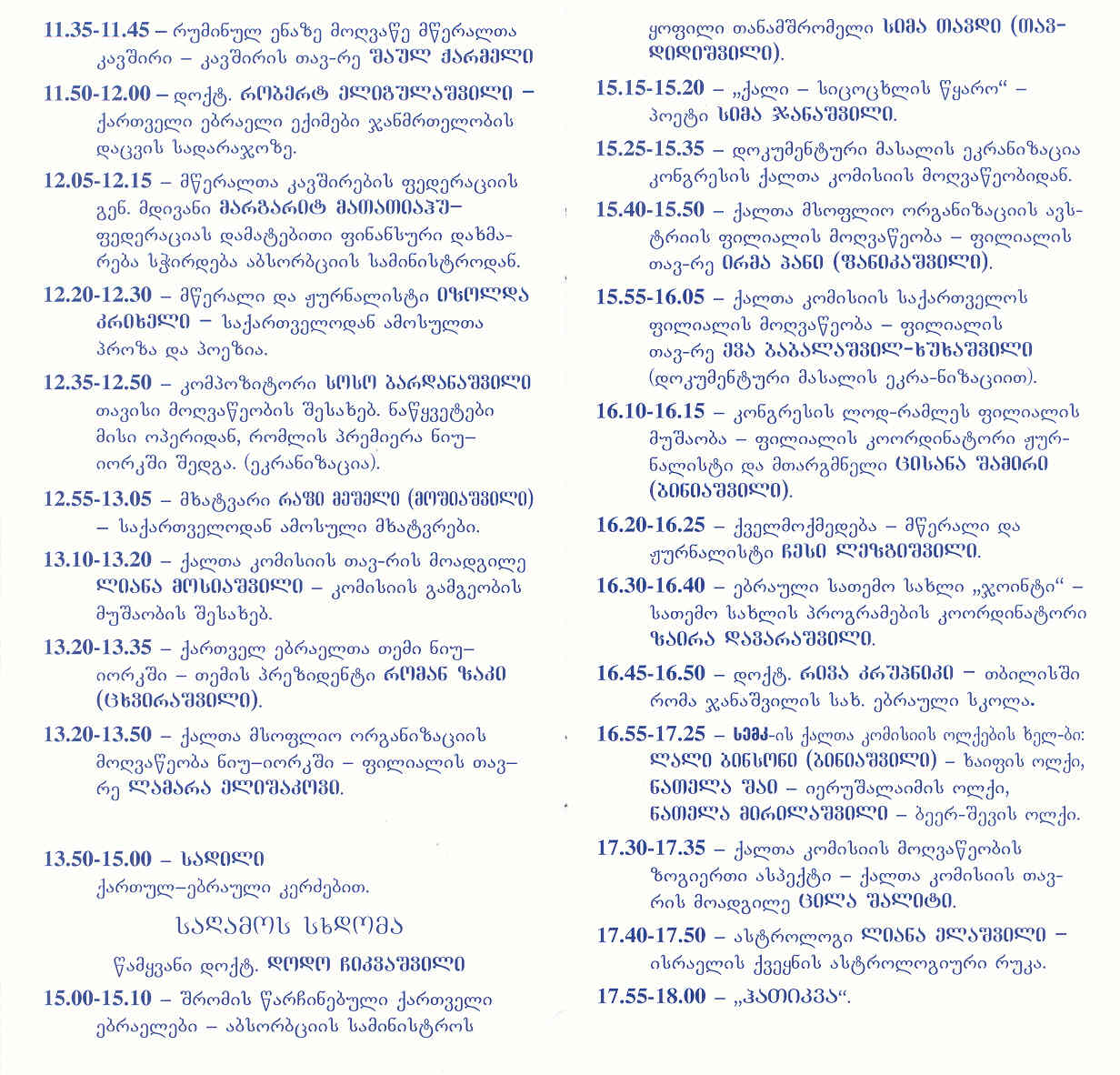 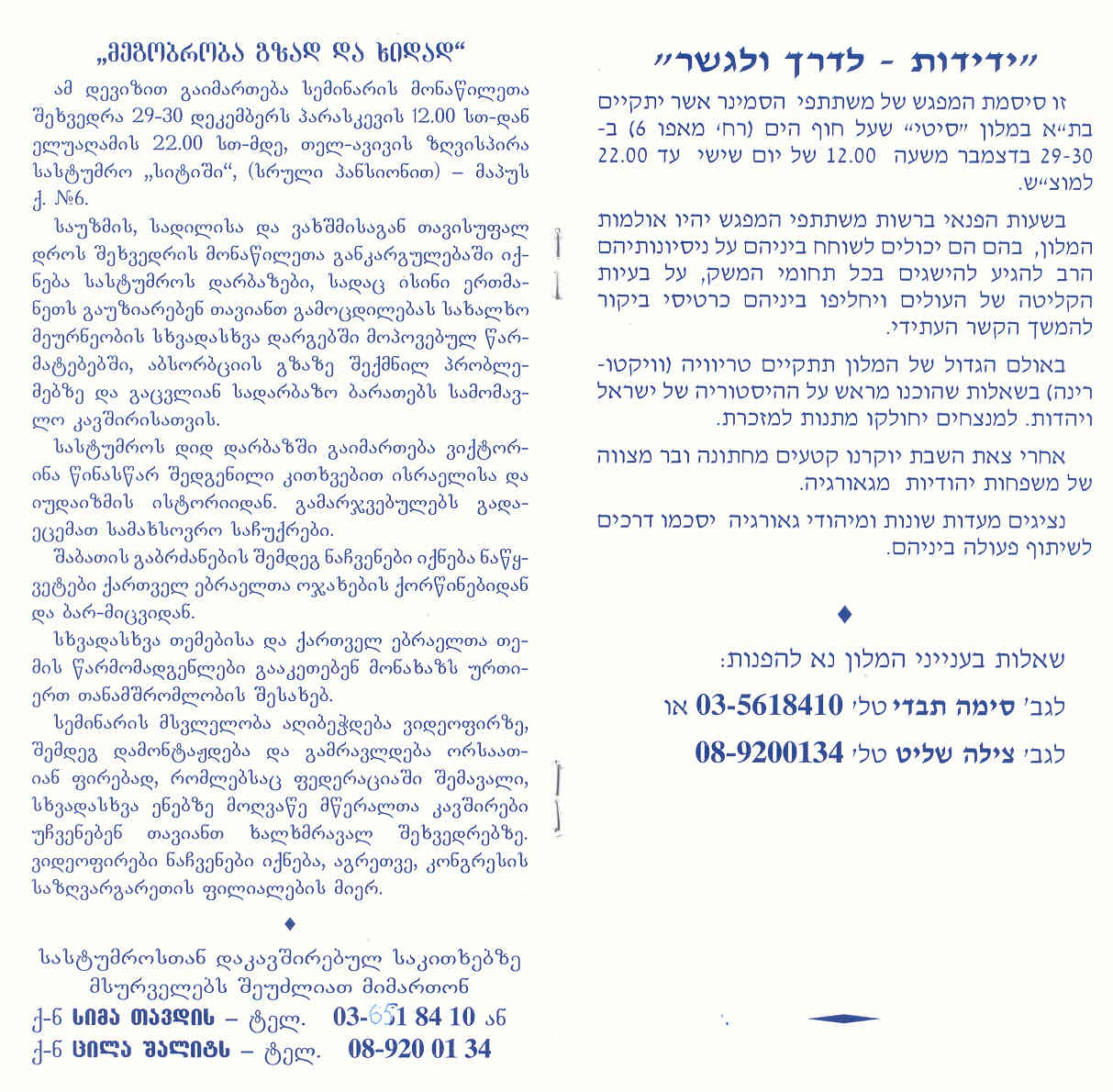 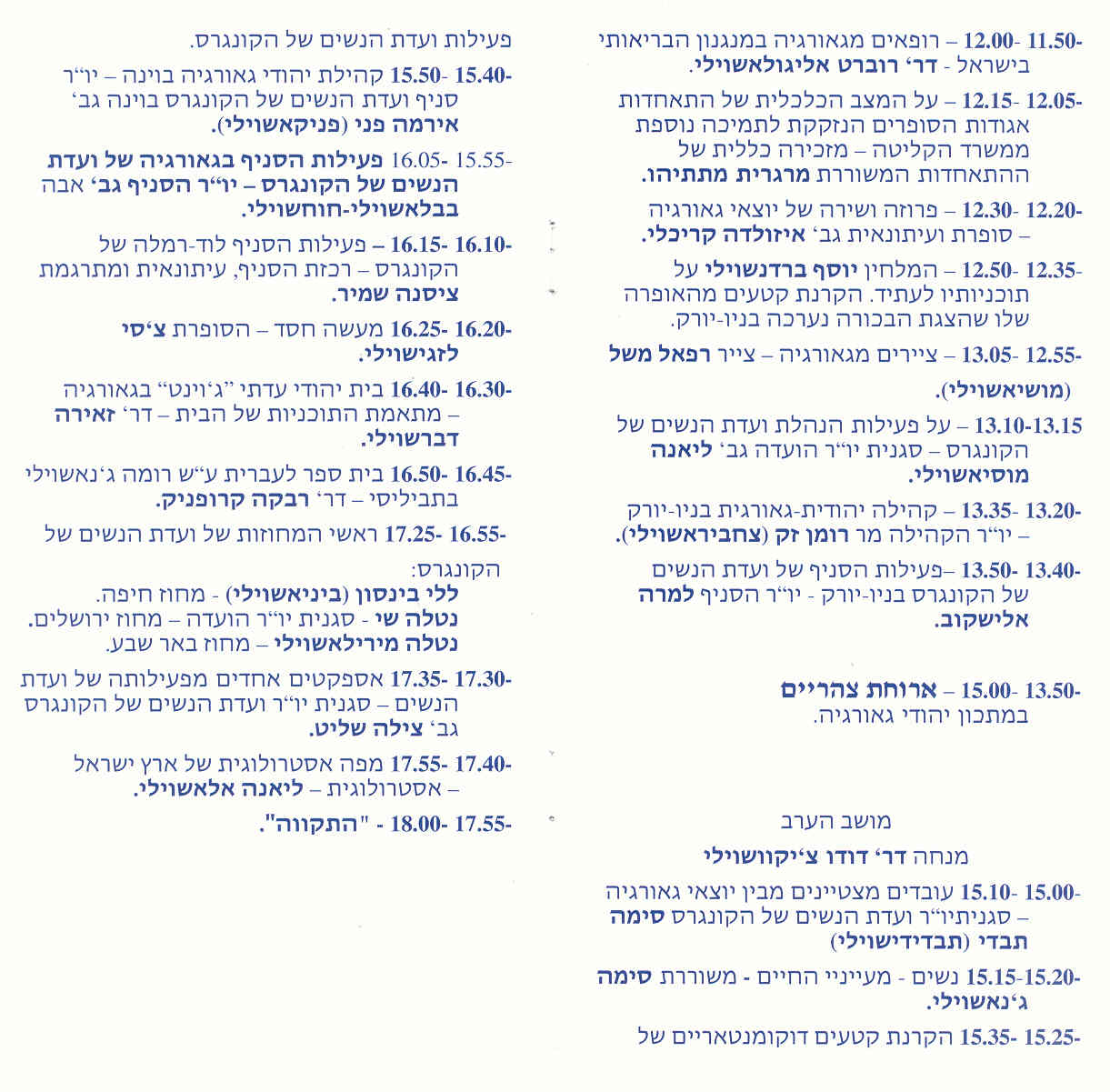 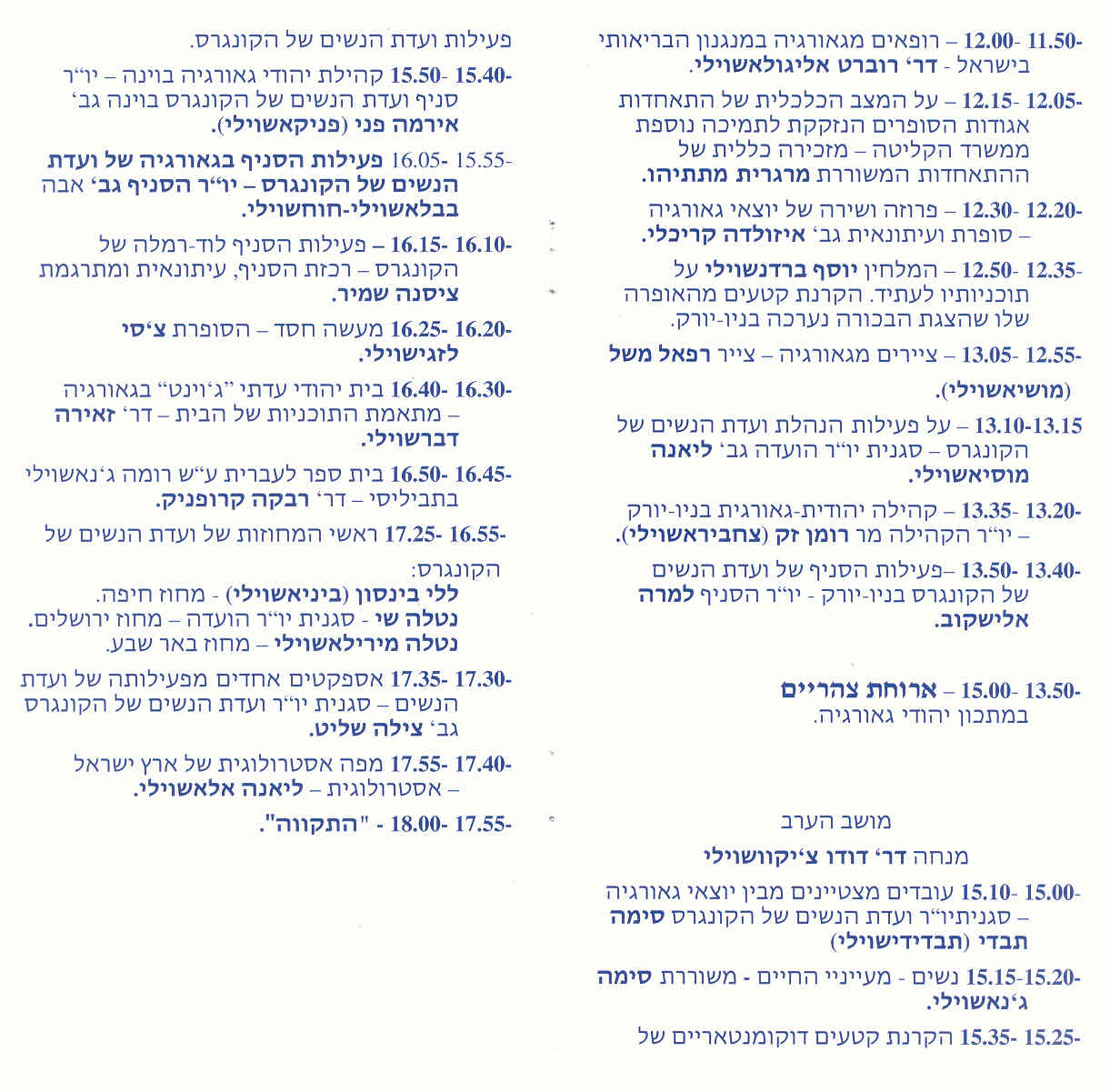 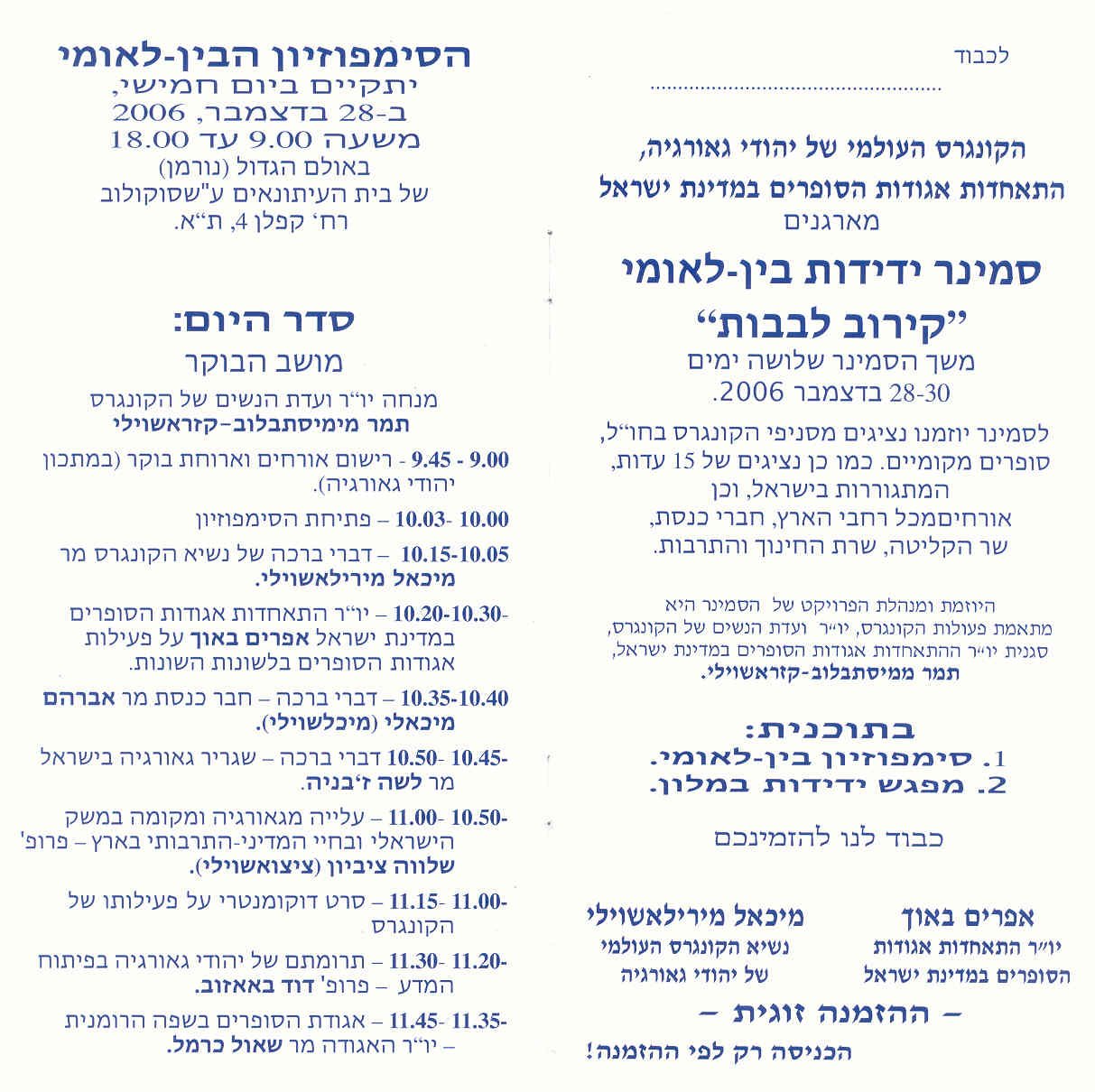 I must admit that i can't begin to figure out the Georgian alphabet.

I have to teach, otherwise I'd be at that conference. There are simultanous translations, videos, endless food, and literature.

The launch of Jane Doe Buys a Challah took place today. The first book of a new press, called Ang-lit, that is concentrating on English writing in Israel, it drew a large audience today at the Diaspora museum. Since I'm spinally challenged, and I had some others things to do, I didn't stay long at the stand-up reception, and found myself in a meeting of the jerusalem review at Nona shortly after. It took us a while to find somewhere that had room for us - the cafes were crowded but I had pull at Nona.