I never talk about grandchildren, right? not because I don't enjoy every minute of them or fear the evil eye but because it isn't usually a subject for anyone but the parents. even other grandparents only wait impatiently for the stories to end so they can tell their own narratives. However one of them, the tiny four year old, seems to be getting ready to have biographies of her written, so i will tell a few tales for posterity. it struck me as necessary when I heard her interview with my doctor yesterday. She was in our custody while her parents work and she coughs, but she knew she was just accompanying me this time. Still she managed to grab all the attention by explaining in detail why she feels all her behavior is age-appropriate and beneficial to her health. (she actually uses terms like that) That's when I remembered that the day before her mother complained that although she had cleaned the house and put everything in place, the whirlwind child had turned everything upside down. "Of course." said the blond ringlets angelically. "I need a mess in order to create my art." This kind of statement, which has no oral source, surprised me. Of course there are always cute phrases, like in response to Ezi's "because i said so," she replies, "Because I said so is not a response to the question." But these probably have a source and could have been imitations. But needing disorder for creativity is something that could only have come from DNA or inference.

Th weather changed today - the sun was out and we went walking. i am still not breathing but i feel like if i don't exercise my lungs it will just get worse. More than that - we've got some storms coming up this week and will get stuck indoors much more, so we have to brave the weather when we can.

And with each rain I think of the Syrian people, many of whom would have happily killed me if I were there. It's the other ones I am most sorry about, but actually I'm sorry about them all.

Every time I read the chapter of the week about the rape of Dina and the revenge her brothers took on the people of the man who wanted to marry her I get too upset to continue. if it was really two brothers Simon and Levy who decided for the whole tribe to slaughter Hamor's tribe, it is terrifying. In this chapter all the potential villains turn out to be good guys, like Esau and Schehem, and the children of Israel (Jacob, who has just wrestled with God and been renamed Israel) screw up the whole thing and become the villains. It is a lesson for all of us - sometimes good people do bad things and bad people do good things and maybe what we label bad and good in humanity has no meaning.

Suddenly my breathing improved. We ran errands, received guests, and even went out in the evening for a celebration of a book about Asher Reich's poetry . I've known Asher for over 40 years, but this evening made me appreciated him even more. I usually hate speeches but these talks were so wise and dignified i was very impressed. Our friend who came with us was also impressed with Hebrew culture.

cancelled everything again - big storms do not contribute to my health. my only foray was to Oren's place to leave him some food for when he comes home tonight. So we got to see the first stage of the dismantling of the big fountain of Dizengoff circle known as the exploding birthday cake. The frosting of Yacov Agam has been removed to storage and the next step is to explode all that concrete and return the circle to its original retro state. so much could go wrong, and will. but for now this is what it looks like: 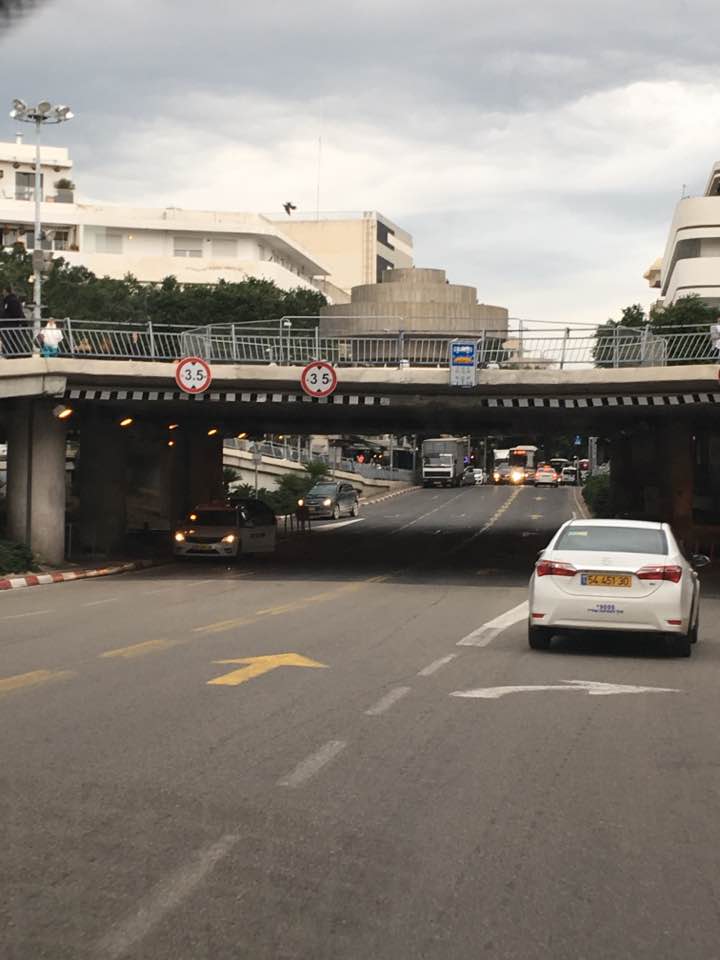 far more significant, people here have been trying to make contributions to the children of Aleppo, and Syria in general, and one woman collected so many winter clothes for children she had to close the site requesting help. She'll take it up to Ziv hospital in Zefat where they are accepting donations to help out. They've already treated hundreds of wounded from Syria, and will treat more.

I didn't even feel it was St. Lucy's Day today, the shortest day of the year. We were in the shopping center buying birthday gifts for three people and it took a lot of concentration. And thought. i went into one shop and asked for a scarf for around 50 dollars. Nothing less than 450 the salesgirl said. perhaps you'd be interested in a pair of socks.

we finally found things that were much more expensive than we wanted, but we really had no choice.

What was nice about it was that in the Mall there is no news, No bickering over land, no analysis of terrorists incidents. It was an expensive vacation from life.

And I am thinking about how to participate in Antishefa next month without making myself into a laughing stock, and how to finish the script for the "clothes and nakedness" play.

We wanted to watch the procession of school children from Rabin Square to the school. All the grades lined up with different lights for Chanuka. It was too much for me - too many kids running around in the dark. lots of excitement and standing around. but we couldnt take it - we missed the whole thing. 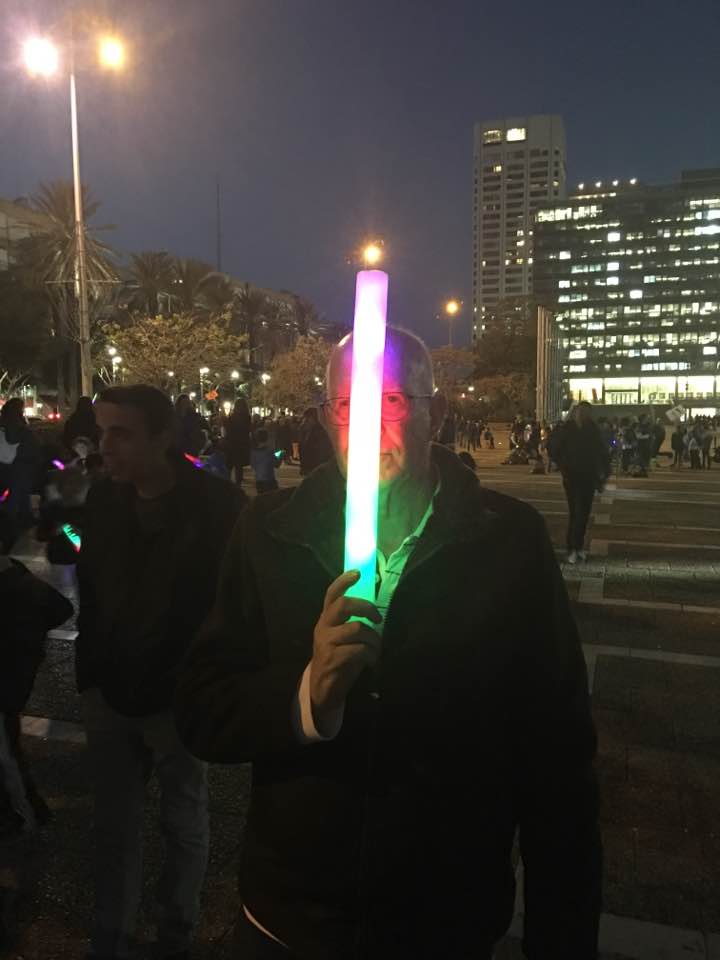 The additional bible reading tomorrow is from the prophet Amos, with whom I have always felt a special bond because of my late nephew, Amos. In it he criticises the people because "They sell the innocent for silver, and the needy for a pair of shoes. They trample on the heads of the poor as they were dust and deny justice to the oppressed." Today I remembered it in particular because we sat in the cafe where many parliament members have lunch and I saw them from antithetical parties, and i wanted to shout - we're all responsible for what happens in this country! Amos says the Lord chose to save us from Egypt to make us responsible for our moral direction. But of course I kept silent. Whatever the UN decides about the legality of our settlements today, we should be paying attention to ourselves.

Happy Hannukah and Merry Christmas - we celebrated the first candle at 'local produce' - i spotted 'Churchill' there as usual, fast asleep. Churchill used to be a star in the group Caveret but he had some brain tumor and who knows what else and he became pretty much a has been. of course all old musicians disappear into the woodwork around here, but his case is particularly sad. And on a holiday too.

But maybe I'm just identifying with him because I can seem to shake this exhaustion and heaviness in my chest.