Gilia made this poster for Saturday night - much more attractive than the one we have that hasn't been distributed - and inspired by my major inspiration, Vaslav Nijinsky.

Yesterday while the poverty report was being discussed in the knesset, someone quoted a poem of Rony Sommek about children who go to sleep hungry at night. So on the news, they brought him in to read it. When poetry becomes news, i feel there's a chance for some improvement in the world.

And by the way if you haven't read Robert Rosenberg lately, you're missing the point. He's better and better.

I start the day at the post office, with a pressing package to mail, two minutes before it opens. There are numerous people before me at the door, but without my coffee I can't even notice them. But as we enter, and form a long line at which i am at the end, i begin to wake up. Who are these people - and why are they all so short? After five minutes I realize everyone is a attendant. Every one else in the post office was performing some service for an old or disabled person. Then I remembered my husband's ex=mother-in-law. When I asked her what she was doing with herself now that her retired husband passed away, she said, "What do you mean? I have a full time job, taking care of an ageing woman!" She became my role model from that moment.

I guess i didn't take good enough care - Ezi and me are eating rice and toast and sticking close to bathrooms. Before the mess in my stomach I thought maybe it was the oppressive weather that was getting me down, but no. The weather - the grey cloud over the city - is one thing, and my stomach is another.

I'll have to write about today - tomorrow, when i'm feeling better.

Every time I go to the cemetery for a memorial service I reevaluate the lives of those we are celebrating, and wonder what they would have thought today of the way we are carrying on their will. Today we visit Sara who died three years ago. Bandi is next to her. And here they are as part of a family of whom only the little children remain. 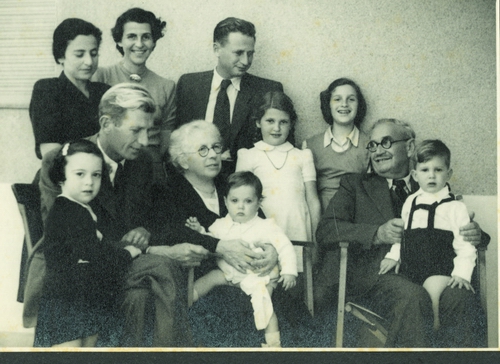 Sara looks directly into the camera, standing above Bandi who looks absorbed in his own thoughts. This photo was taken in 1947 before the State of Israel was declared. Api, with the moustache, who built the great synagogue on Allenby, died shortly after. This picture was taken at then entrance to their house on Trumpeldor St., the same street where they are now buried. Bandi and Sara are in Kiryat Shaul. I'm not writing about this to be morbid, but to orientate. Remember I come from a family whose ashes are scattered all over Poland, a family I never got to meet. 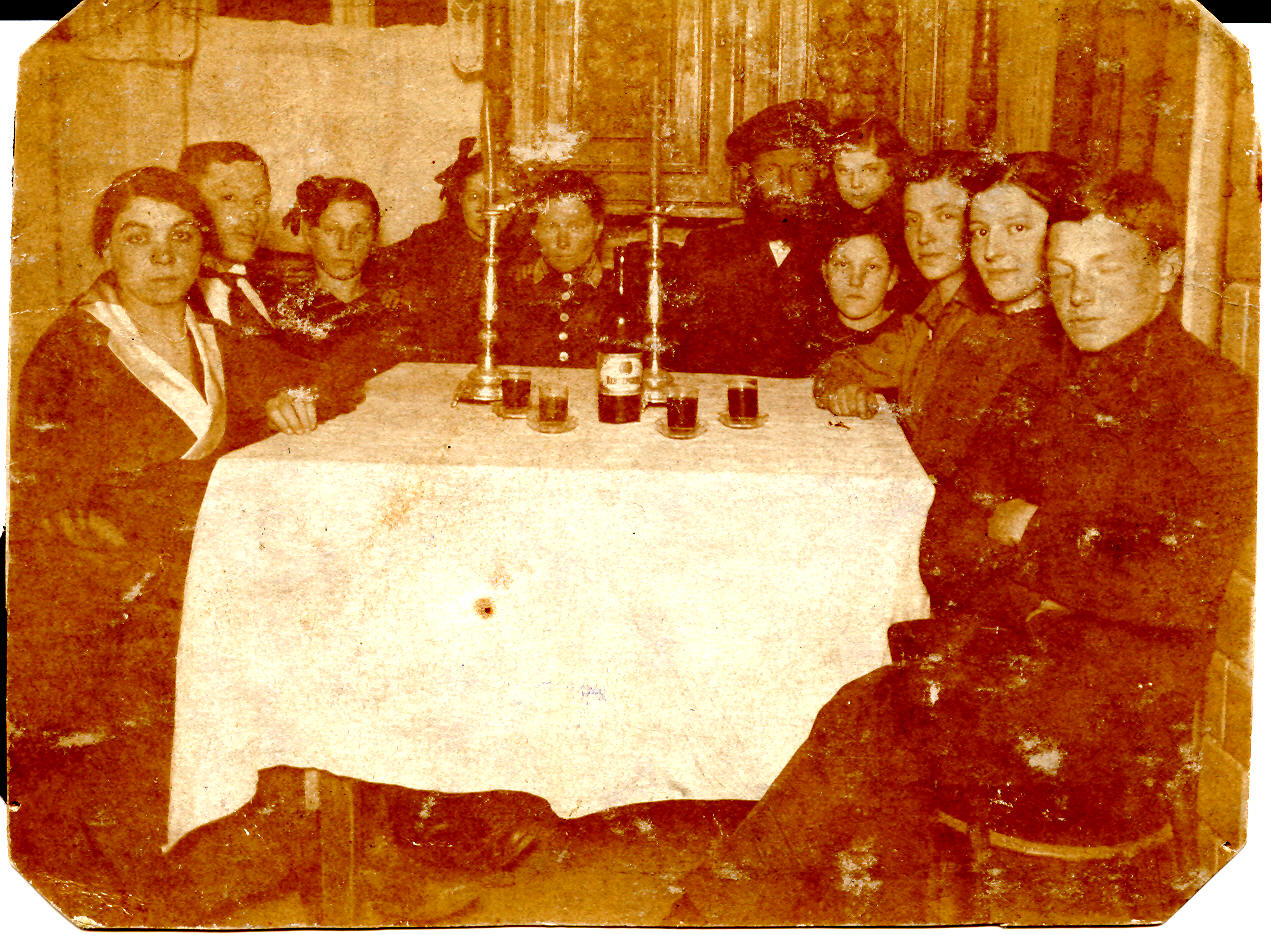 Tami, the baby on Grandma's lap, just wrote me to note she'd seen the photo here. It's thrilling that that family is still together.

But I continually re-vow not to tell stories about people I know. By chance Malcah reminded me of this when sent me something today in which she quotes the Bava Batra 164b) "R. Yehudah said in the name of Rav: "Most people are involved in theft, a few in sexual crimes and all in lashon hara.(gossip)." Since I don't steal and stay pretty close to home, I'm really only tempted by the third. And there is so much to talk about....

According to the polls today, 75% of the people here think that politicians lie more than other people. And from the people around me I can gather that the majority believe that the Iranian threat has been exaggerated by politicians. But the threat is here - and there should to be a way to talk to the Iranians about this.

But I'm not at all sure any one WILL talk. About ANYthing that counts.

Maybe the Mifkad can help the concept of discussion.

It's not that I am an expert in discussion or that my life is an example of successful dialogue - I am one of those who makes an effort, and if it is responded to, continue. But when there isn't a good response, I give up.

Now that's wrong. I'm usually right but even when I'm wrong and the other doesn't bother to tell me, I should be pursuing the dialogue. But I get tired and insulted and all that. That is not a good human characteristic. When this approach is extended to politics it can be fatal.

Everything is going slightly askew today - when i went to take a bath there was only tepid water. "Tepid or 'Poshrim'," says Ezi, "from the root word 'pshara' or compromise." So we bathed in compromised water.