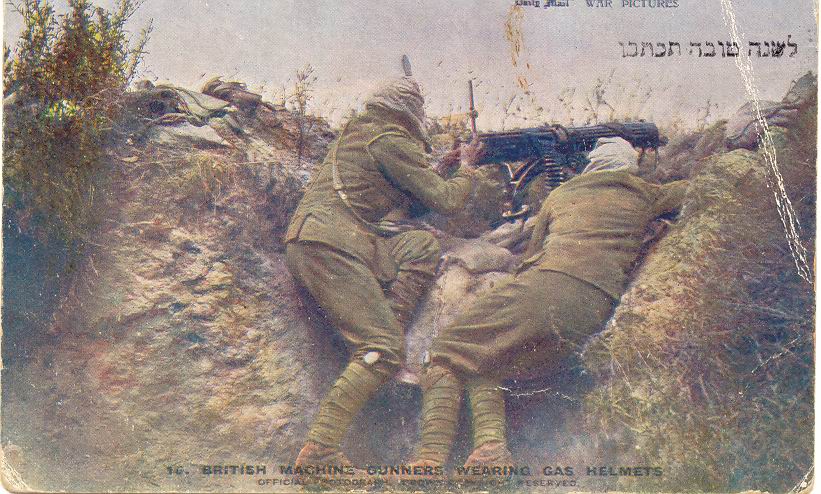 Took out of my mother-in-law's trash can (with her permission). A world war I new years greeting.

One good thing about this gas scare in Israel. People have stopped talking about the polio scare. That is all I will say about the herd instinct in this country for now.

What a great weekend for going up north - i think we will go and surprise our friends with a visit - it's just beginning to get cooler and the days are still long.

I picked the specialist out of the list because of the address. Walking distance from home. Perfect. But I didn't walk. I was falling apart and worried that I'd feel as faint as I did walking one block home two days ago. Of course the spot where I parked was as far away as if I had walked from home. But otherwise it was perfect. No long line, no waiting room filled with coughing patients. I walked in. The doctor sat me down, read the results of my tests, humphed that they told her nothing and had me open my mouth. "You had a tonsil operation when you were a child," she said. I suddenly remembered. "How did you know?" "How long were you in the hospital?" "3 months off and on." "Yes, they were butchers." First time anyone ever told me that - in sixty years. She went on describing my symptoms, my diagnosis, and the treatment, interrupting only to ask me questions about my profession, my lifestyle, my schedule. I took my new medication a few hours ago. It seems to work.

I have to cancel my appointment - for next month - with the latest star doctor of Tel Aviv. It would have meant hours in the waiting room and there's no need any more.

For my friends abroad who keep writing to ask what's going on because they are worried: We don't know what's happening. But we're all stressed out. Even if nothing else was wrong we have a polio scare and all the kids were inoculated with a live virus - so with Ezi's cancer we can't see them. Plus school just started and the holidays are upon us.

The war scare is big. People are stocking up on food and water and somehow I have become too scatterbrained to prepare properly. We have gas masks and a chemical-proof shelter in our building. I'll know more when you know. 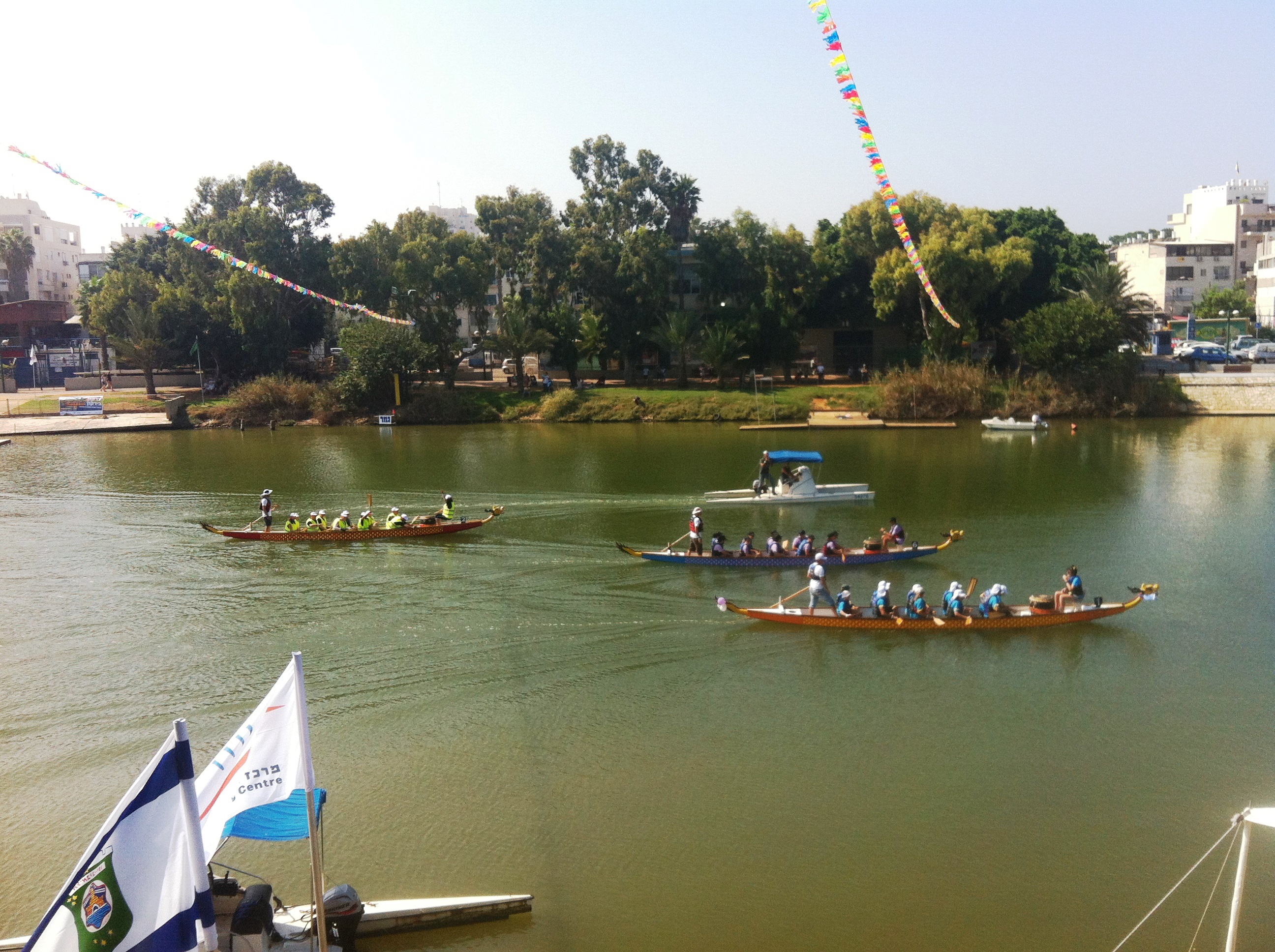 And, since there's no action on the military end at the moment, I went to see the Dragon Boats from the Daniel Rowing Centre today. It gave me the desire to be part of a rowing team. So msny groups there seem to be giving each other strength. Blind rowers use their arms while the disabled use their eyes to drive one boat.

If only we could be like that in life.

It's beginning to look like the dogs of war have been released. no way to turn back now and we're the ones who are going to get it,

Habima Square - Saturday night - 7:30 Demonstration against government against Bedouin resettlements in the Negev 9:30 Ballroom dancing with a background sign "Make a Wish" reflected in the pool - many elegant Russians dancers. All this on the eve of what may be a war. I took pictures but the light was wrong.

Between these two events we sat at Nechama and a half, the cafe on the corner of Rothschild Boulevard where Ezi's mother's cousin Zehava used to live. At some point we realized we were hearing "America the Beautiful" on the sound system. At another point we realized some of the older Bedouin men had given up on the demonstration and had come to cool down at the cafe.

The mind has to absorb so much at once in this city.

The ultimate weapon of the eternal housewife.

As I rolled out the dough for the new years' kreplach (standard recipe: 1 cup flour for each egg and one tablespoon of water, pinch of salt and a bit over the shoulder) I thought of all the people I would like to use it against. Tfu tfu tfu. Those thoughts have to be dissipated or they will go into the kreplach.

Kreplach turned out great. And now to the important things. Presents. Where people got the idea to give presents on the holidays I'll never know but once it got started who dares step out of the circle? Especially when there are kids involved. And since we need to step up the escapism this year, we're going at it with full force.

Shush. We're pretending the Syrians think we're neutral. And the Iranians too. Maybe they won't notice us if we ignore them.