yes, I've started a new page - didn't like the old one. my friend has been kvetching that i really need to modernize my website - and that made me dig in on the old one. i did try to modernize this site once - got totally screwed by the guy who told me it would be simple - wasted lots of money and couldn't figure out how to keep it up. and couldn't figure out how to pay for it. i know it's much easier now. and someday i'll do it. But right now, i'm not even managing to update this one little page on the entire site. any volunteers?

anyway i realized that without news my life is somehow easier. i can just read the newspaper in the morning and by night i will have forgotten. My memory is so bad I can't remember whether tonight i put on perfume or insect repellent.

But I keep going back to the problem of communication - i get reminders at least once a day that people have ceased to understand each other - on every level. i don't mean only those whatsapp messages that get scrambled by the spellcheck. i mean people making plans and forgetting the time, or people misreading the intentions of someone else. or feeling paranoid because they've been feeling neglected or forgotten. one friend keeps sending me jokes about killing spouses. all these and more have something to do with the 'situation'.

Save September 8. i'll be sending you a link to register, but i really think it is one of those events to remember. i'm asking some people to read poems from "A Word in Edgewise" - different characters from the bible. the invitation isn't out yet, but it will be by sunday. And here it is 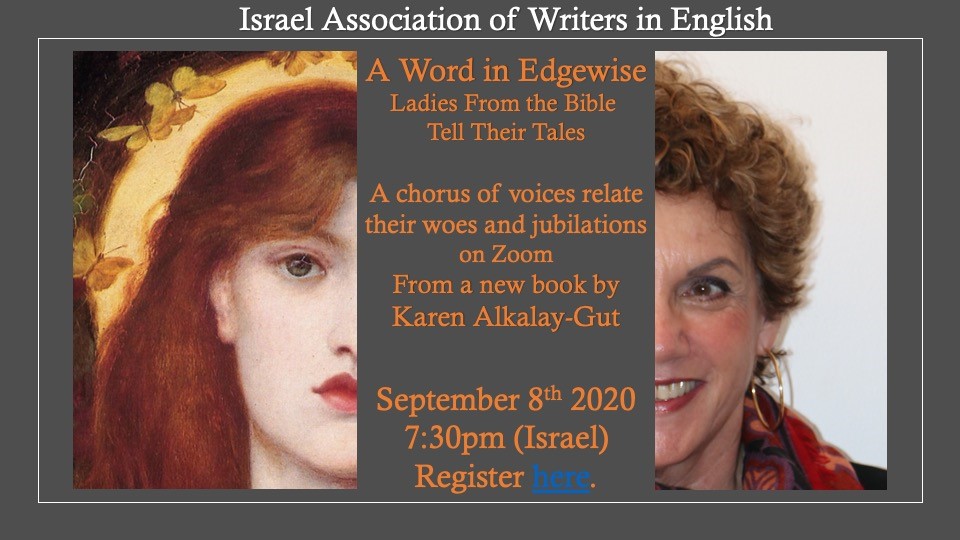 but you have to register here: here,.

on an entirely different subject, six months ago, when we were in Egypt, our guide somehow found a way to take us to Rambam's synagogue. Now Rambam was and remains an incredibly important figure in jewish history and religion and medicine and philosophy in the 12th century. for some reason i was overwhelmed - especially when we went down into the yeshiva he had studied in. i wrote a poem together with photographs and sent it to various journals, but no one was interested. i should have left it, but for some reason i'm drawn to him. we visited his ostentatious grave in Tiberias - shocked that a man who forbade visiting graves - should be memorialized this way. We joined my brother's class examining the Rambam's magnum opus, the Mishna Torah. i don't know what is causing this interest in him - like Plato, he did not believe in poetry because it doesn't tell the truth...

If I'm repeating myself about Maimonides, slap me twice. I'm quite mad for him.

And if you don't manage to register for the september 8th reading, or even if you do, note this one: 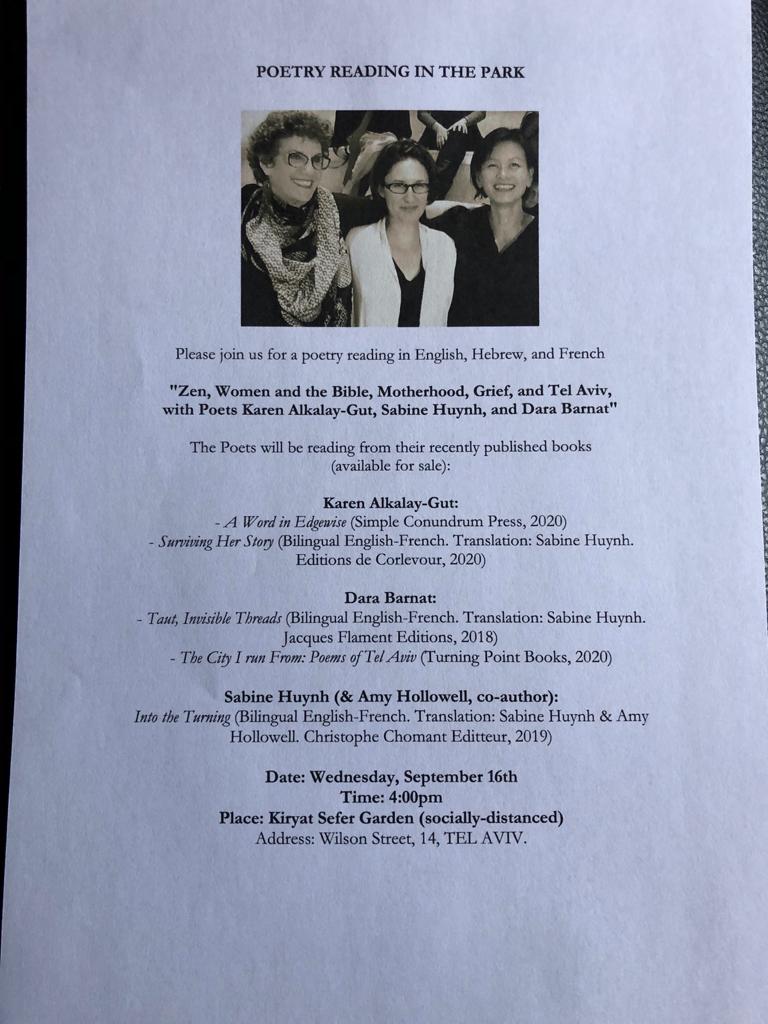 Every day is an adventure.
You don’t know where you’re going
Or where you've just been
Even though you don't leave
Wherever it is you live.

Every day is an adventure.
Whatever you put down
May not be there in a moment
And objects may appear
that you don’t remember
buying or bringing home

Every day is an adventure.
The hunt for your wallet
May take hours or even days
And you may begin to think
Someone else has broken in
And spirited it away.

Maybe you've already begun
To cancel your credit cards,
And applied for a new driver's license
(Even though you have nowhere to go)
Before you recall where
You probably left it
After yesterday's adventure.

we picked up a couple of grandchildren this morning in Tel Aviv, took them home, played croquet in the back yard, made papier mache masks, added another grandchild, played monopoly, ate spaghetti bolognese, and went back to Tel Aviv. It was a wonderful escape, but after we dropped off the kids, we started counting the people with masks on the street. it was easy - most of them weren't. there were a lot of chin masks, some exposed noses, but most of the people were bare-faced. The heat was indeed great, and the humidity worse, but it struck fear in my heart nevertheless. I really want Tel Aviv to be what Gamzu calls a "green city," where there is no Corona, and the theaters and concert halls can open, but if not everyone participates, we don't have a chance.

That's one of the reasons I'm glad that the "traffic light" rule has been passed. The responsibility will now be on the municipality - if it's green, the city can go back to normal, if it's red, it's in danger of shut-down. If our mayor takes charge, people will be wearing their masks.

Can something be good if it is done for the wrong reasons? Maybe the Emirates peace will do us all good in the Middle East, but it is incredibly clear that reelection in the US and Israel is the basis for our decision and weapons for war on the other side. In any case I am not celebrating yet.

By the way, fake news is not new. My father and his friends used to read the paper between the lines. There was also the sense of a distinction between what was printed and what was intended. I think it began with Stalin.