At the funeral of Sasson Somekh today I heard one elegy after another speaking about his warmth and encouragement. And I thought I was the only one!

The Iraqi song I played for you yesterday kept playing in my head throughout the extended service - a mood gentle and accepting. It's hard to come upon this in these days. But then I remembered once in Mughrar when Sasson had some harsh criticism for some of the poets - one of whom impressed me very much but he thought was disrespectful of the Arabic language. So he wasn't all compliments and encouragement.

i wonder if i have photographs of that day. He had a virtual entourage of Arab intelligentsia - Samikh Al Khassim comes to mind first because he was already walking with a cane, and I wondered about his health, but there were so many others. I don't think any of them outlived him. It is a generation that believed in the fruitfulness of coexistence and its possibilities, and I fear that is totally gone.

And you should have seen the silent outrage of the religious staff at the cemetery when mourners blessed Sassoon in Arabic! I wish I had had the nerve to take photos. They were probably not too happy about Yair Dalal playing the violin and the MC singing, but the extended speeches and the praying must have driven them over the bend to judge from their body language.

For some reason I checked links on this diary this afternoon and discovered that the link on August 10 was broken. And no one complained! When I fixed it I saw how trivial and boring is the heat of the summer this year. This is the most exciting think that happened 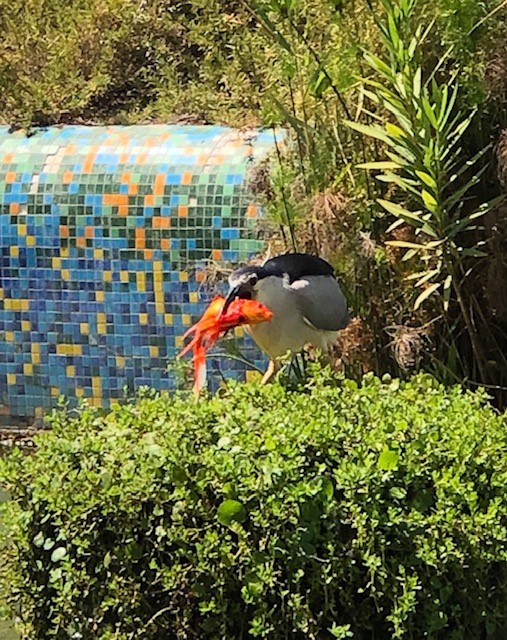 I can only remember what the heron ate, not what I was eating as I sat next to him.

But the anticipation of September seems to improve our mood. Of course we're also waiting for Nasrallah to bomb us as well. it's been a while since the last major attack. and sometimes I think Bibi is goading him to attack so we can put off the elections and he won't have to go to jail.

For sure all the stories about our military activity in the north are political gestures, and the promise of making Mishe Faiglin a minister after the elections is like a promise of continuing corruption. I don't mean that Feiglin is corrupt but to make a long time right-wing enemy with only a remote chance of getting elected, into a minister, is so blatant an assertion of corruption that it is difficult to overlook. And the imprecation today to send the numbers of friends and family to the election committee of Likud because they need the votes is another desperate move to stay out of jail.

I kind of forced my husband to come to a bar mitzvah in the david intercontinental hotel today, and i was feeling very comfortable with my little corner and my little drink 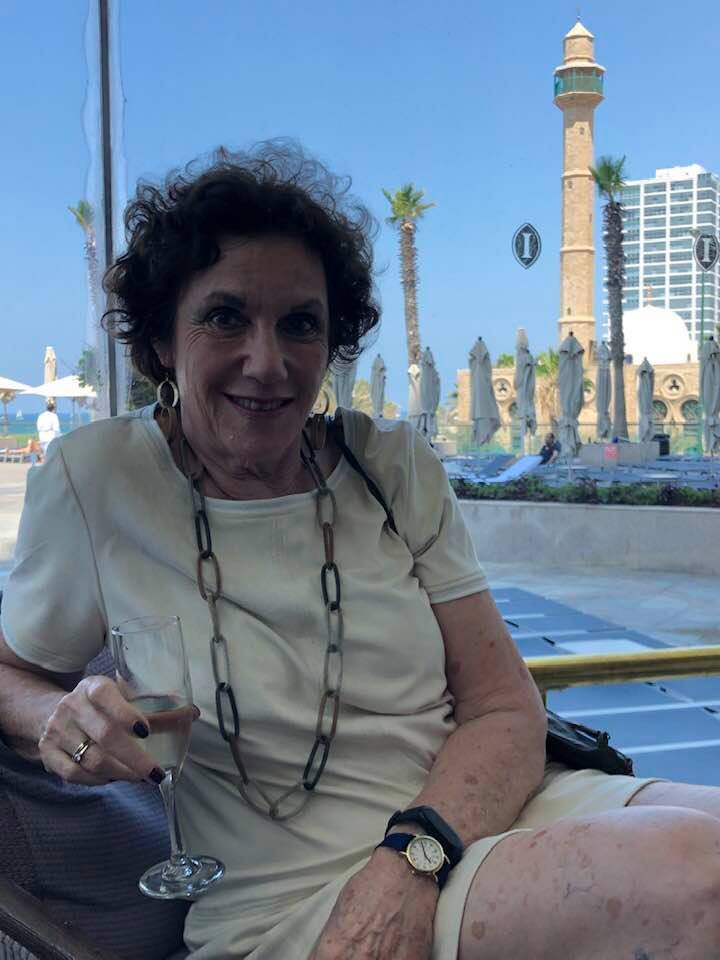 but Ezi was incredibly restless and unsociable so we left., and instead of having lunch with the party - some of whom i was just beginning to enjoy, we went to Akiko where i asked the chef to decide what i should eat. We wound up sitting next to an old friend and spending a long time reminiscing.

maybe we need to hunker down to old friendships and family in these trying times,

"If you could do one thing to change the world, what would you do?" the kids asked me, and I answered without thinking: "I would make people nicer." I stick by that answer. There are so many things that could change in the world if we were nicer. First off people would raise their heads from their phones when another human enters the room. Second, people would take the concept of elections seriously, would make an effort to inform themselves and vote - after discussing it calmly with each other. Third, they will learn to respect each other. but first, they have to look up from their cell phones.

And don't forget, tomorrow, the first of September, you have to be especially careful driving - there are all these grandmothers loose at last on the streets.

First day of school. and it turns out that sugar is outlawed. How am I going to bribe the kids if they go off sugar? oh, well. i'll figure something else out.

and the kids talk to me about recycling. heavens to betsy, i said. i didn't grow up recycling? we reused milk bottles, washed diapers, washed dishes, carried our groceries in net bags, and wrapped breakables in newspapers when we sent them. and we had less than half the stuff. and now i have bags and bags of recyclable garbage.