Sorry to have disappeared. As I told Lisa and Mohammed last night, my ear burns, my eyes ache, my neck is stuck, my back hurts and I myself don't feel so well. (My mother-in-law's wording).

"Think it has to do with politics?" my neighbor asks. I think about what Rachel said to me yesterday about Kluger's photographs of Israel in the 30's and 40's. "You don't believe those smiling people were happy, do you? Those ladies bending over in the fields all day grubbing potatoes? They were cursing the very day they had to leave their homelands and came here." Another Rachel in a different conversation yesterday told me that her grandmother landed here, took a look around, and took the boat back. So i don't think the contemporary political situation is the cause of my psychosomatic diseases any more than its always been.

You can sign the petition against the Lithuanian persecution of Jewish partisans here .

I have written about this before. Whatever these people did in the war, it was war.

Since the news is filled with Rose, the poor little four-year-old girl who has disappeared, nothing else has happened in the country. Now this is an example of the press filling up their empty august days with the tragedies of others. Poor Rose, who should have been noticed long before something happened to her, but was never even registered in this country, had no one to turn to anywhere. But I don't believe the news reports are right. Wait.

One learns a lot from the constant and repeated visits to doctors. 1) Even though everyone is apparently on vacation in Turkey, there are still traffic jams around here 2) Private practice or public practice, secretaries of doctors don't know how to schedule visits so that the patient doesn't have to wait at least half an hour. 3) Nobody has all the answers although sometimes they pretend to. 4) Still, still, they usually know who you are and do care what happens to you.

Do you think you are racist? A friend asks me. No, no. How many doctors have you seen in the past week? Let's see, the hematologist, the gastroenterologist, the dermatologist, the endocrinologist, the neuro-orthopedist, the optomologist, and last but not least, the GP. Any of them Arab? No, no - but that's just a function of proximity. aha.

Sometimes my old students come back to visit me, usually after they have made their fortunes abroad. Some of them are Arab. All of them have problems figuring out where they can fit in if they come home to live. I tell them all that they have to make a place for themselves here - to apply what they have learned far away to here. That's easy to say, and all of them have great ideas, but where's they money coming from.

The fabulous Sharon Moldavi sang last night at Cafe Bialik with Assaf Levy. I have been going to his concerts since the first night he ever sang in Roxanne - in 1989 I think. Here he is as of last night. 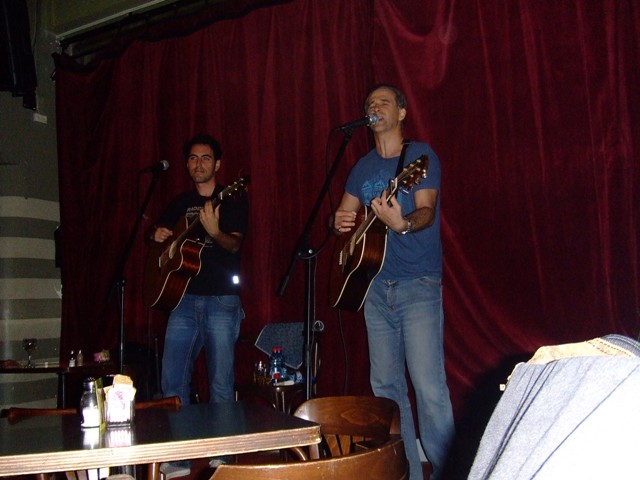 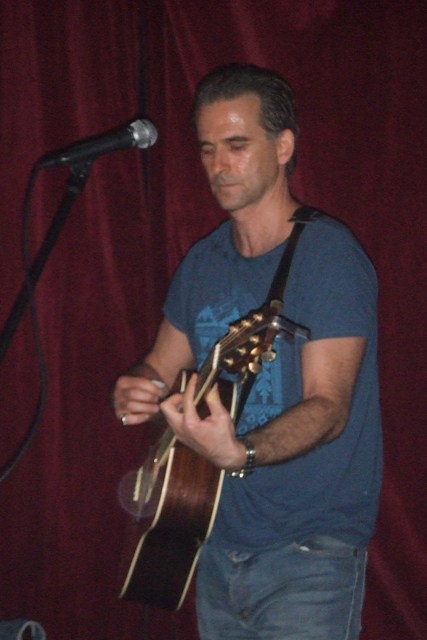 To tie another string together, Lisa came too, and we discussed the concert after 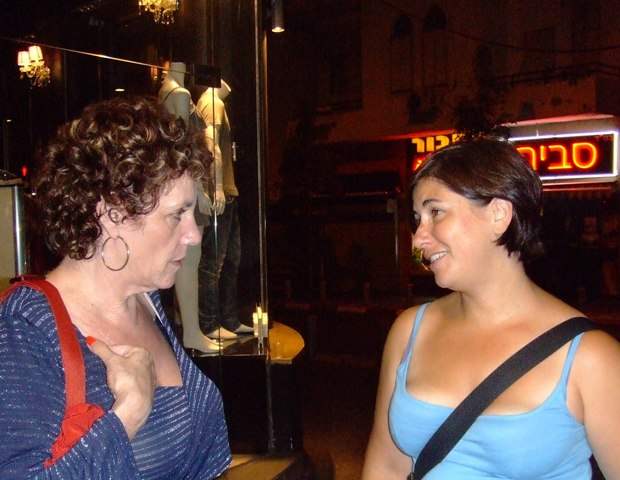 We actually took one of those all-together-pictures the other evening. 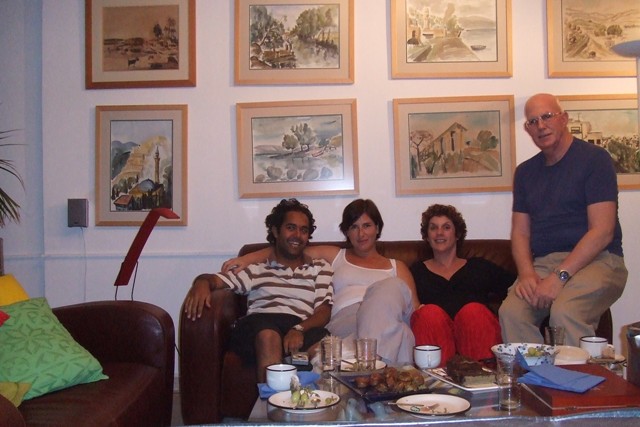 There is Mohammed, Lisa, Ezi and me, and in the background, drawings by Bandi Gut.

I imagined this poem to comfort myself:

Once upon a time
There was a little girl
Of special beauty and charm
Her name was Rose.
And everyone who saw her
Saw her joy and sadness.
But she never spoke.


Her mother and grandfather
Didn’t know how
To teach her to speak, or to live
Like all the other girls,
And they called her wild,
Wild rose.

But it was they
Who were wild
And she learned
To pretend she was asleep
So they would ignore her.


The suitcase floated
Like Moses’ basket
Down the river
Far away from father
And mother, far away
From all her evil ancestors.

As the river was about
To reach the sea
Suddenly an old fisherman
Saw the suitcase rushing with the water.
He cast out his net, thinking
‘what treasure will come to me
In this simple case?’


And when he pulled it from the net
And opened it, there was Rose,
Asleep.


‘All my life
My wife and I
Have longed for a child’
He cried.
And now the river
Has given her to me
A true treasure’

And he took Rose
Home to his old wife
And they both rejoiced.
‘we have been so lonely,’
The old woman said,
‘and I have so prayed
For a girl, and now
My prayers have been answered.’


And had no need to sleep
When she wasn’t tired,


And lived happily
Ever after.

But her loss to the world
Was felt every day
Of the lives of the people
Who had allowed
It to happen.

Abie Nathan was laid to rest today. He was the kind of person who felt the responsibility every one of us should feel. the personal responsibility for a public situation. In recent years he was unable to talk, the victim of the same kind of stroke that my father had suffered. Still I always believed he still could emit the same energy he broadcast on the "Voice of Peace" radio channel. With all the mourning today and the eulogies, it seems it was true.

Latest news before it happens. There is a new guide to the carmel market http://www.shukblog.com/