It should be clear - children should have summer camps sponsored by the government - it should be just as clear as mandatory education. And the camps should not be in the center of the city but in something of a pastoral environment - like a kibbutz. And the fact that most of the country is now on lockdown because the kids are on vacation is the most stupid thing i can think of for the economy. Sure, lots of families with money take this opportunity to take trips abroad. But what about the people who work, the ones with no money, or the ones who are tied to a schedule for health reasons. As a grandmother I can help out here and there but some people do not have grandmothers. In my socialist ideal country this would be the opportunity for putting together children of different environments, races, genders, etc. and giving social learning skills to these otherwise isolated people. Of course I would be most interested in agricultural skills, but my kids seem to think that botany is beneath them.

So much for my rant. I'm going to get my hair done now.

The Cameri theater puts on all kinds of play - I never know what will come next. "Ze'evim," " The Wolves - was, according to the pamphlet, about how the followers of Ze'ev Jabotinsky were treated badly by the history books written by the Labor Party. But it turned out to be the opposite. It was about how the Likkud party screwed the working class once they got control.

Hillel Mittlepunct is a seasoned playwright and has a good script with a lot of funny lines but the play works because Tiki Dayyan as the obsessive mother of two antithetical sons makes the play a success. She personifies the party that has gone crazy over the idea of political success and betrayed the people.

My jaw dropped at the end of the play - how long will it take before the minister of culture closes it down? Let's hope for a miracle.

We took a bit of an arcaheological tour today of Jerusalem. Beginning with The Kishle, the archaeologist Amit Reim who guided us was the man who dug this amazing site, and he had some great stories to tell, bringing us down layer by layer, from the British prison into the times of the temple. 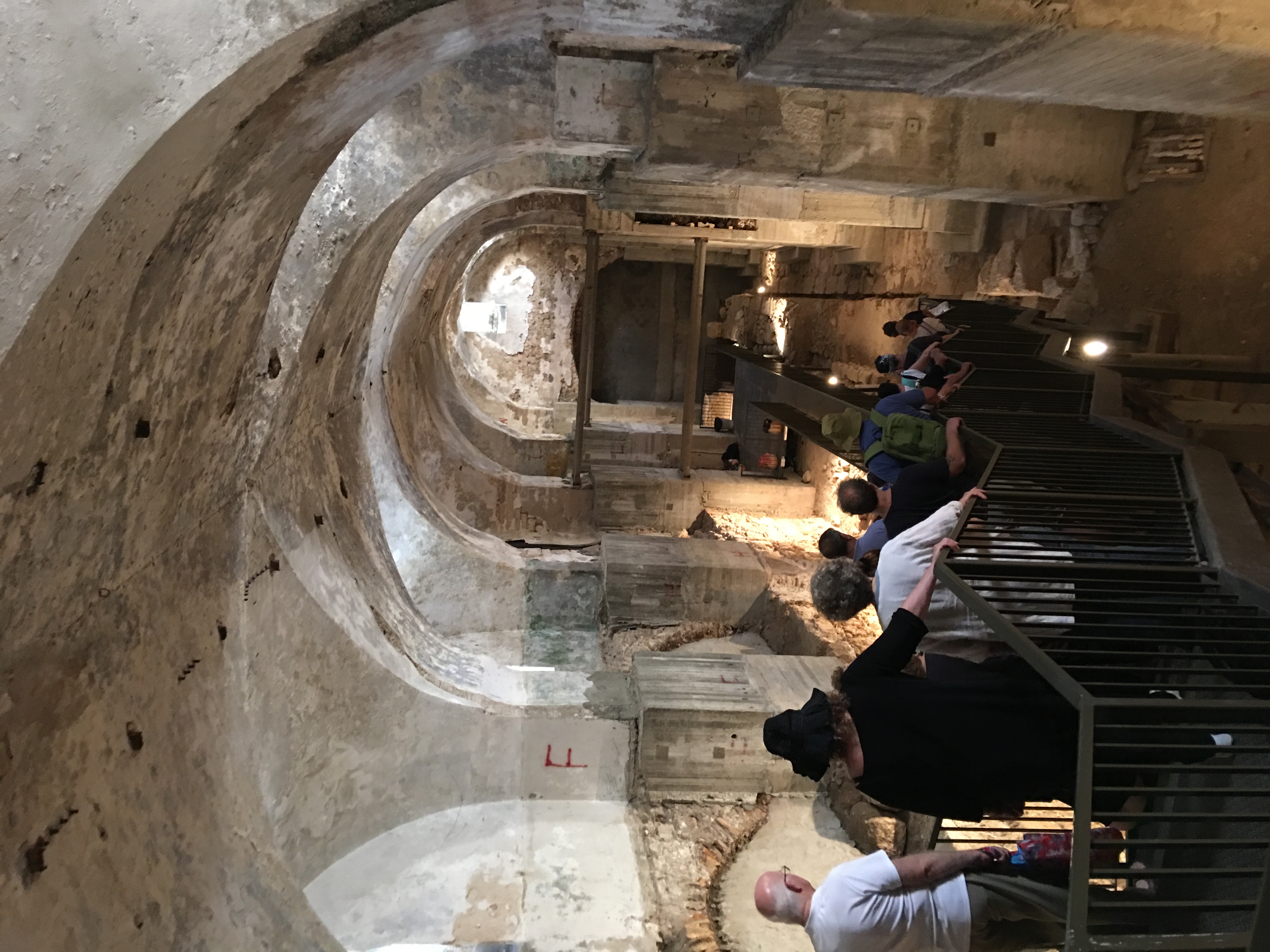 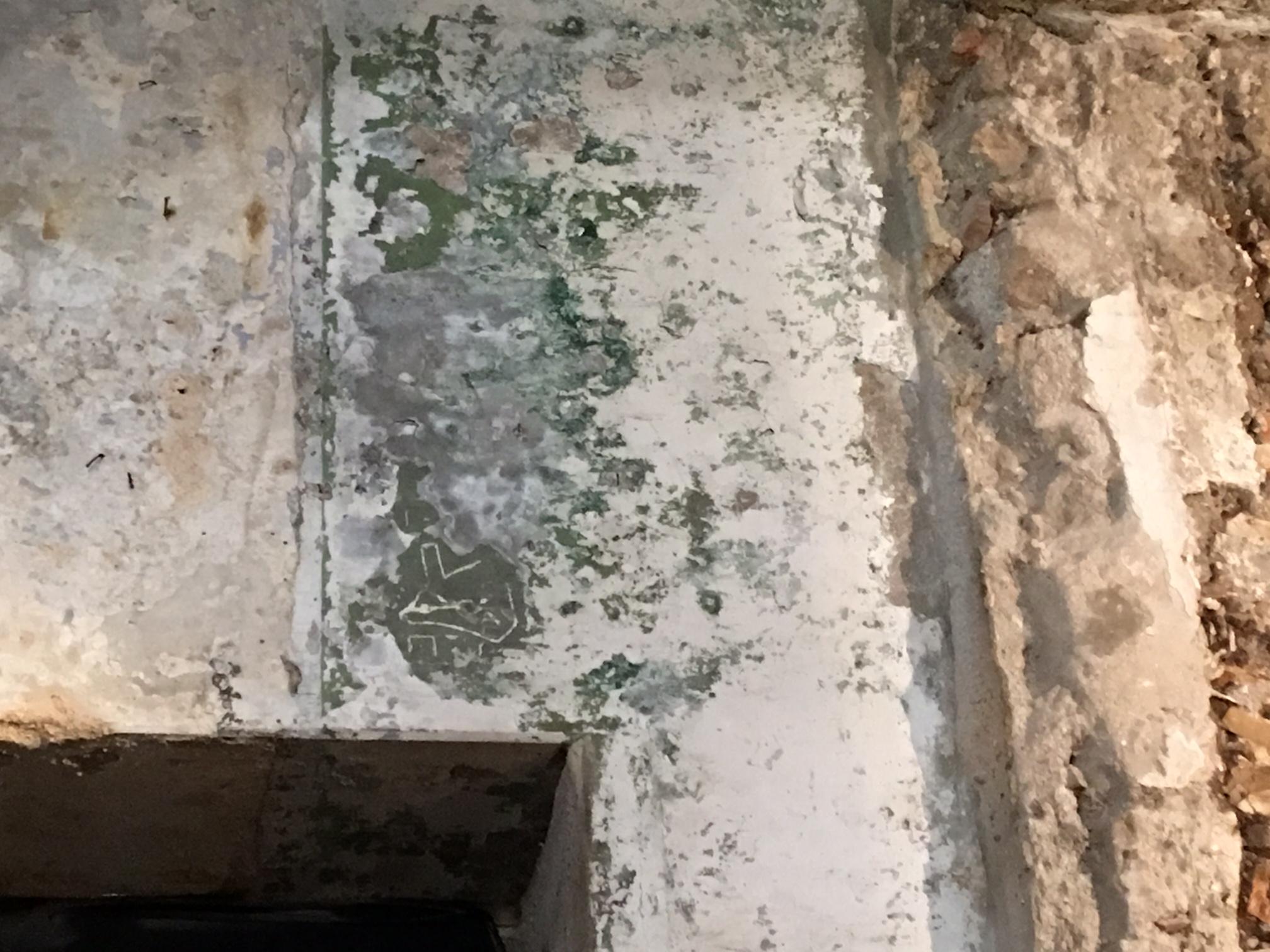 I'm not going deeper in pictures right now because i find myself exhausted tonight and have to get up early. Forgive me. I'll just tell you that there are some events in the near future you might want to save time for: September 24 - 100000 for change - at the little Prince book store on King George Street. And Panic Ensemble is on the stage again in 2 months. And I'll be doing a show around then about searching for my mother tongue.

Met with a distant cousin today, Ani, and we tried to discover how we are related. it's a common conversation - so many of us with lost roots. many don't care, but even tonight there was a program on tv about some russian girl trying to prove she's Jewish so she can get married in Israel. And she travels way past Dneiperpotrovsk and meets her grandmother for the first time who shows the rabbi that she has the papers to prove she's jewish. I was so jealous to see someone discovering her grandmother. I'd give anything to have a clue, or even a testimony in Yad Vashem. Well I did find a page - but it doesn't say anything more than she was murdered in the holocaust.

Last night some student of my poetry interviewed me at length about my poetry on clothes, and I found myself saying very interesting things especially about how clothes created by society determine concepts of sexuality as well as concepts of the self. i wasn't thinking about that when i walked to the mall this morning through the back alleys of the neighborhood. I don't have to follow the path decided for me by some obsessive urban planner.

Last morning of babysitting before school. Suddenly I realized that 2 of the children will be going to first grade tomorrow and they are beginning the inevitable journey of one year after another. I watched one six year old in his swimming class as he fell deeper and deeper in love with his 20 year old instructor, and became incredibly sentimental. This is probably a universal phenomenon, but here I know that in 12 years this boy will be in the army.