Yesterday Ezi went to a wine-tasting at Papa's Pizza and Pasta which will be opening shortly. They were looking for a superior, simple, non-pretentious wine that could be served in tumblers, in line with the whole concept of the restaurant - good simple food. I can't wait until it opens.

Simplicity. That's what we need. Every day our lives and our narratives become more complex, even twisted. Understanding the newspapers demand so much previous and tangential knowledge for each article.

Lucky we're about to have a new year - I think we'll go to learn about Selichot prayers tonight. Got to wipe the slate clean.

After a night of visits to tiny synagogues in Jerusalem and talks about holiness and purification, we were walking in Davidka Square when we saw a commotion around our car. There were a number of police vans and a group of young men standing a few carsbreadth away, and as we passed them we heard the policeman say, "Now apologize to each other and forgive." But as soon as we passed them we heard a commotion as the boys came out fighting and when I turned around, the policeman was macing the boy right behind me. When he covered his burning eyes, the policeman kicked him and by the time we drove off he was in cuffs and being guided into the van. As I nursed my own burning eyes on the way home from Jerusalem I realized that this was my problem with synagogues and ceremonies: it doesn't touch the people who need it most.

The whole convention of reevaluation would be so good for all of us right now. As a real national endeavor. Just the thought of the way I myself have re-evaluated my beliefs and my behavior in these pages - perhaps because of these pages - is overwhelming. Put it on a grander scale, and the revaluation becomes geometric in its proportions, because the ideas bounce off of others.

Here are some views of the Selichot nights in Jerusalem. 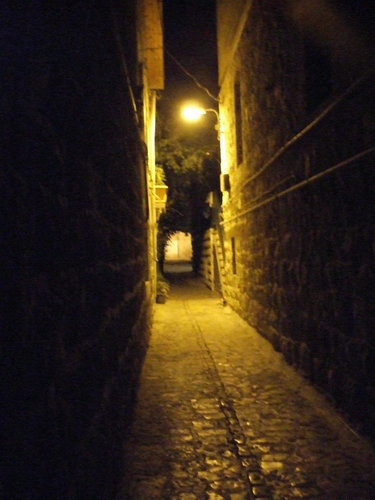 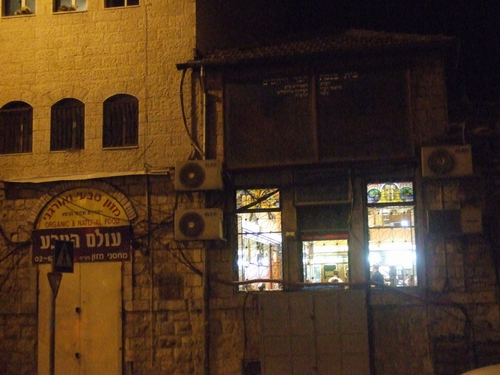 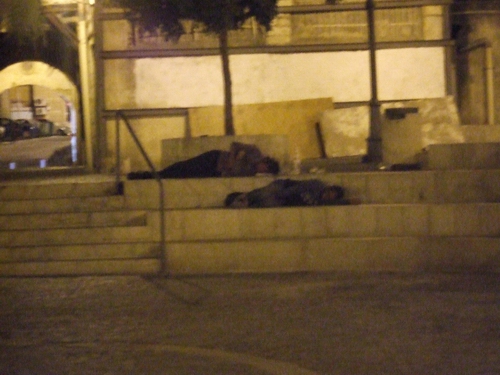 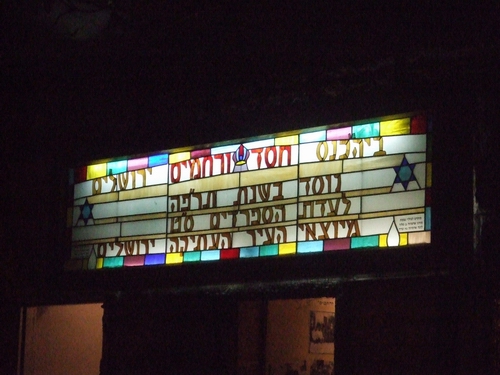 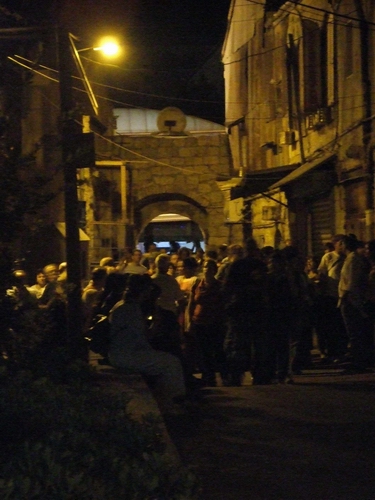 A few of you asked me about Papa's and whether they needed people to work there. They still need more. Call GUY 052 3671565

Every day, every day - rockets on people in Sderot. How are they going to start the school year? I worried about my kids crossing the street on the way to school - can't imagine what it would be like to worry about rockets falling in the classroom.

Yes, fall is near. You can see the birds flying south over us already. And the autumn flowers are peeking out too. The squll. But the rose or lily of the Sharon, or Pancratium Maritimum 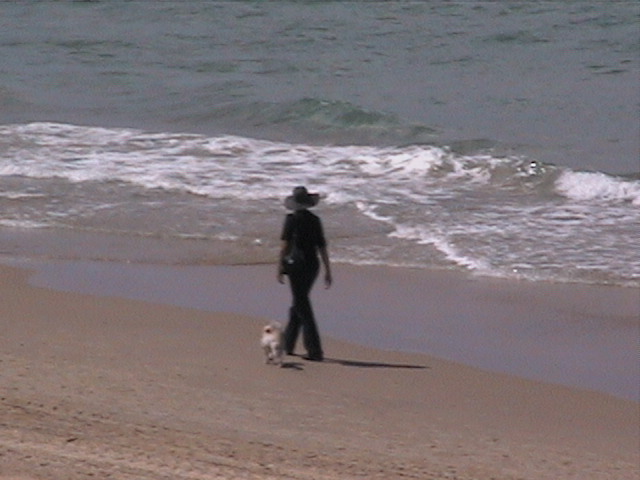 will only come after the new year.

There are storks overhead. And the wagtails are all over the place. "How can you be so active in this heat?" Iask. They are too busy to reply.

In response to your query about Slichot night represented above, I refer you to the pages of wikipedia which explains that Selichot begins on the first night of Elul among the Sephardic (whose traditions are often much more civilized that Asheknazi). The pictures are from Nachlaot, a neighborhood in Jerusalem where there are many Sephardic communities and a million little synagogues where they pray Selichot at night. The holy atmosphere within the synagogues was, however, countered by the crowds of tourists who came to see the natives. You can see us filling the streets here.

Why do I like the Sephardic prayers better? Because it seems more aesthetic to me. On Yom Kippur it is beautiful. In an Ashkenazi synagogue I get the feeling it's serious and God is really going through ourlives one by one.