Since Ezi still spends at least half of his day in bed, the television has great significance for him. On Shabbat, with enough energy only to order a film, he tried pushing the buttons and nothing was working. By the next day there were no channels at all and the cable company was not available. Finally yesterday some guy showed up, changed the connectivity in about 30 seconds, and was gone. Now we can watch Al Jazeira, MTV, the olympics in Chinese, Hungarian, Roumanian, etc. as well as our Hebrew and English. But the real problem remains. Much of what is on is so terrifying that it doesn't help cure a convalescent. Science fiction blurs into the news, and parodies of the news seem strangely trustworthy.

As we move off to the hospital this morning, I remember that most of the time the television system there is closed, and it's probably wise. Me, I'd make a station for the hospital that has only animals in environmentally-friendly situations. And if we showed my station around the world maybe people would be less nastily aggressive. Maybe they wouldn't measure their manhood by how many Algerians they blew up today.

Through a series of coordination problems, we wound up spending all day in Ichilov, and I was unprepared with a book or my computer. When I finally got sent up to the 10th floor with the prescription for the inthrathecal chem, I thought I'd be told to come back in half an hour, as usual, so I only brought my phone with me. But the girl in the lab saw how late it was, and perhaps how frazzled I looked, or whatever, and said, wait outside. Now it is dangerous to leave me alone with nothing to do in a situation of stress. So I went to look at the acquarium in oncology. 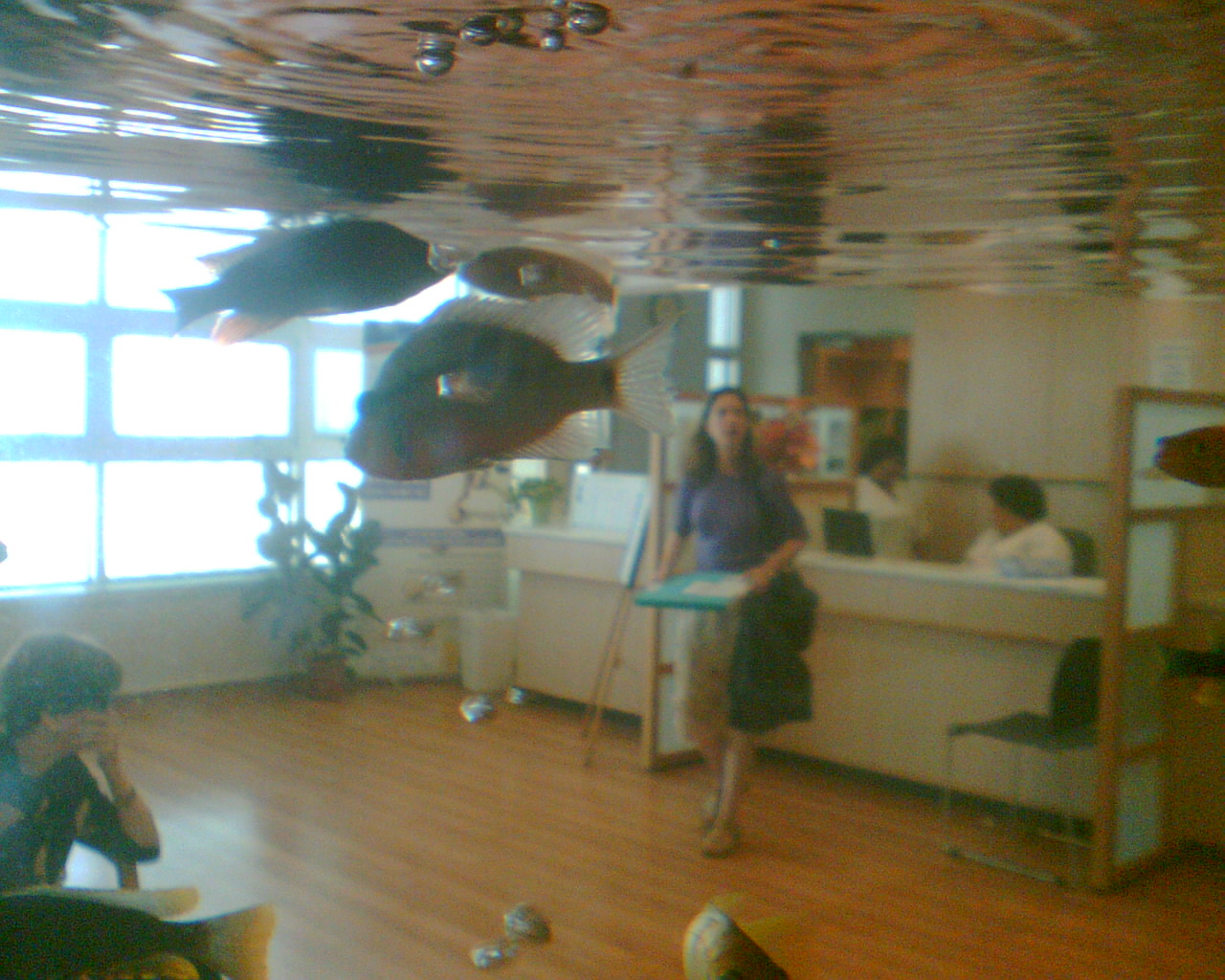 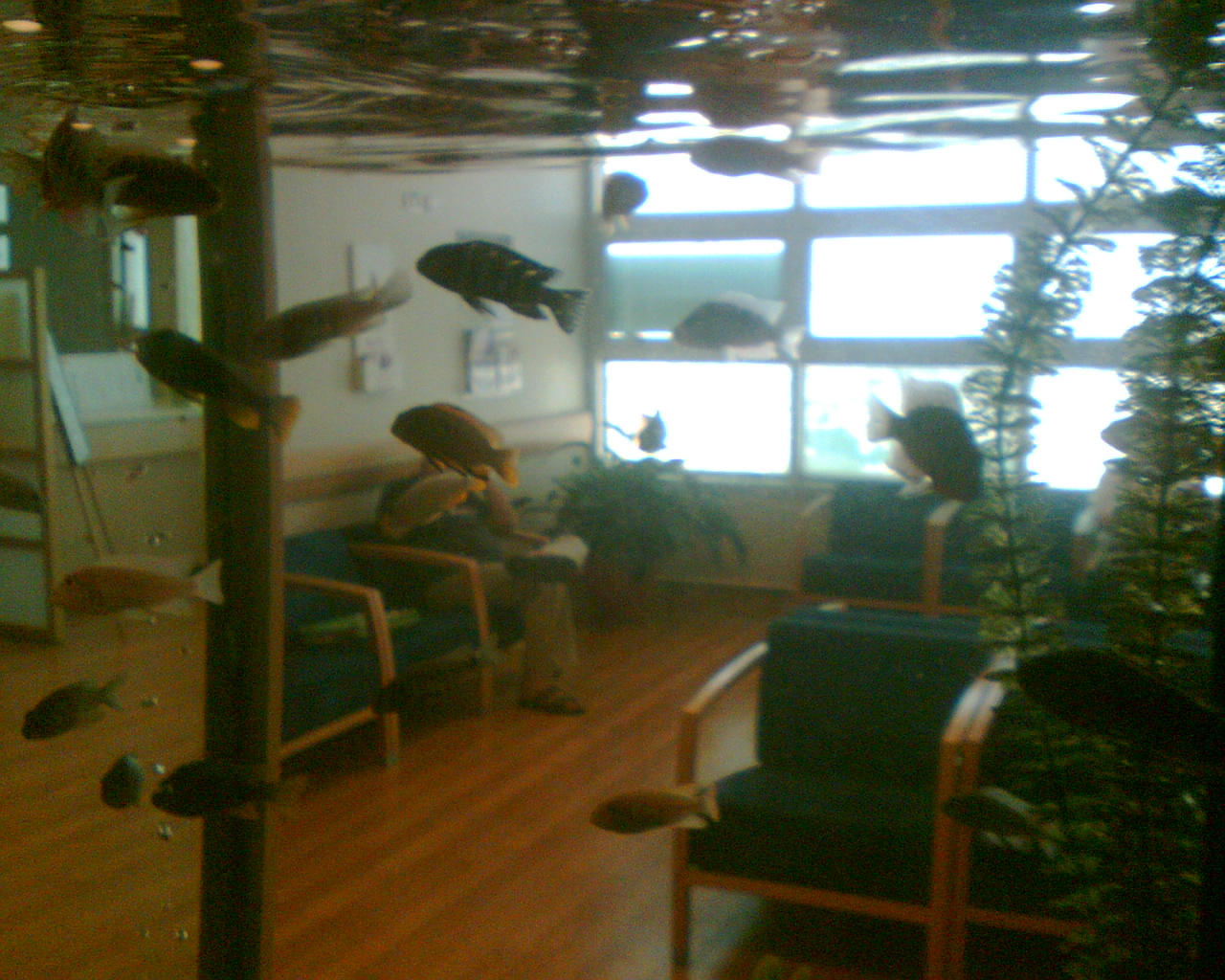 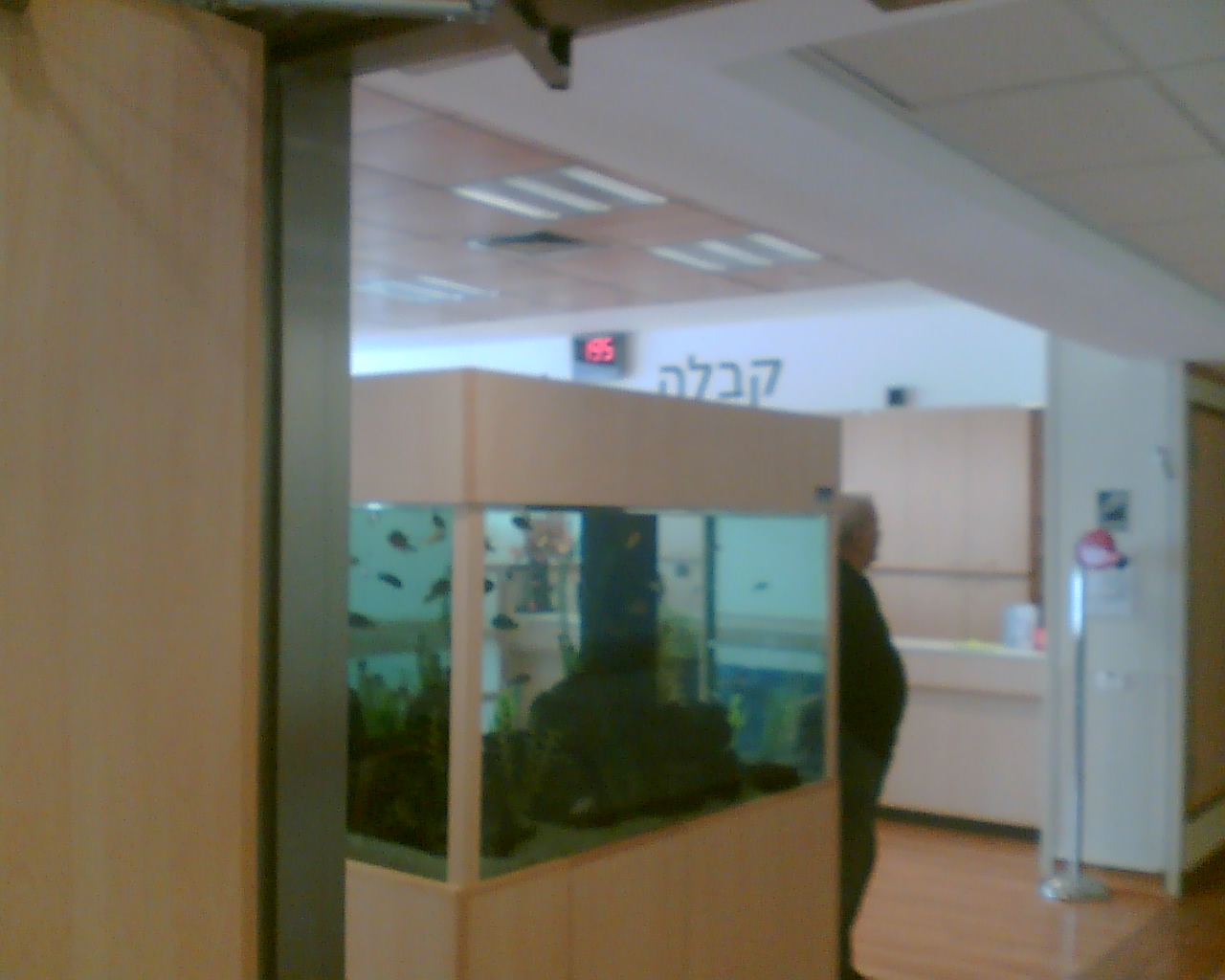 Very mystical. And sure enough, I got called within a few minutes to put my rubber glove on and take the stuff, but by then I was already in picturetaking mode 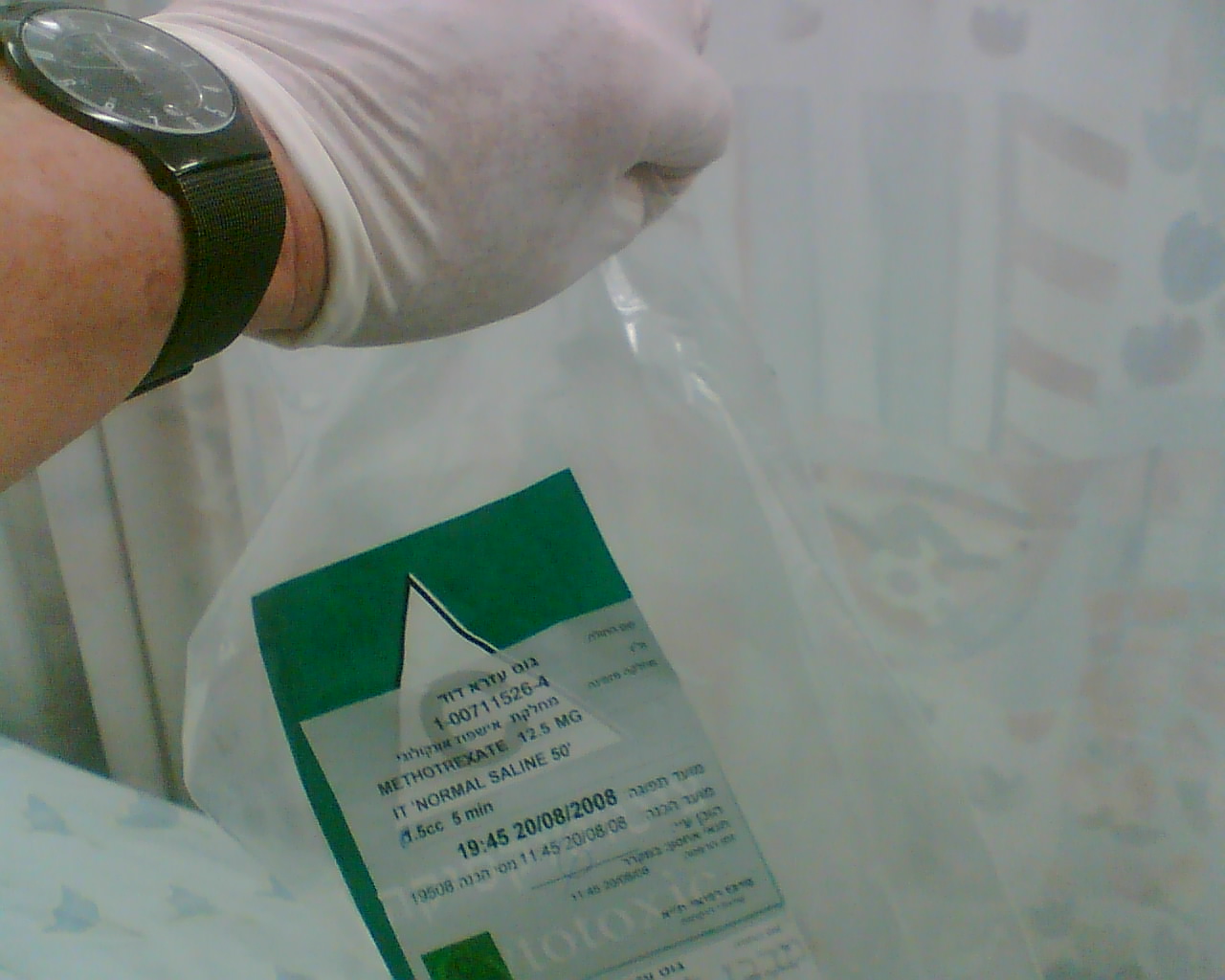 Actually I had a camera in my purse downstairs so on my return to Hemotology we both proceeded to document the ward. But I will leave that for another day.

"But weren't you angry that you had to wait so long?" my friend asked. She must be kidding. The amount of coordination necessary to get the kind of complicated treatment Ezi needed is mind-boggling. And despite the distraction of some of the doctors, their business is not to make us happy but free of disease. Maybe I've been in this country too long, but when a doctor is too nice, I tend to get suspicious.

Talk about doctors, with an eye infection and some kind of ear inflammation and general malaise, I spent today waiting for 2 doctors, one in the morning, one in the afternoon. At different health clinics. How tiring to go to doctors when you're sick. And what was I reading? Abba Kovner's Sloan Kettering. I read it when it came out, but of course it is different now that i know the specific processes he's talking about - like night sweats and night nurses. An amazing book. But not one to read when you're not well.

Instead of the usual Friday morning SEX (SEX=Siddurim chores, Kiniyit shopping, Sponja mopping, we found ourselves at the Zoltan Kruger exhibit at the Land of Israel Museum. Why did we wait so long? Where is everyone? It is one of the most moving exhibits I've seen. Kruger photographed Palestine from 1933-58. A very few pictures are on line, like this one: on a plane and others on this site One photograph that wasn't in the exhibit is here: scroll down to 1945 But of course individual photos tell so little. There are portraits of Jewish soldiers in the British Brigade and Beduin Soldiers in the Israeli army, pictures of Jewish Scouts clearing away the remains of Arab villages and bombed-out buildings in Tel Aviv during 1948, photographs of Arab workers and Jewish workers, Arab farmers and Jewish farmers, etc. etc. It is closing on August 31, and it must be seen to be believed.

Ezi is also a photographer, but I don't put his pictures here unless there is a story. Here is a photo from last year from Acre: 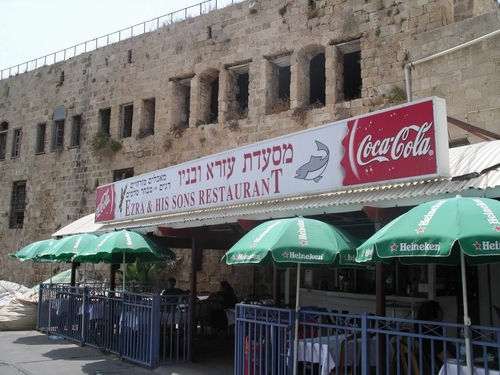 Next time Ron comes with his family we'll have to eat there. We always go to Abu Christo, and this is around the corner, less of a view of the divers, but probably more authentic.

Ever notice that in a politic discussion we start talking about who is going to lead the world, and we drift away into something, anything, else? I usually whisper - what will happen? - and every one pretends not to hear me.