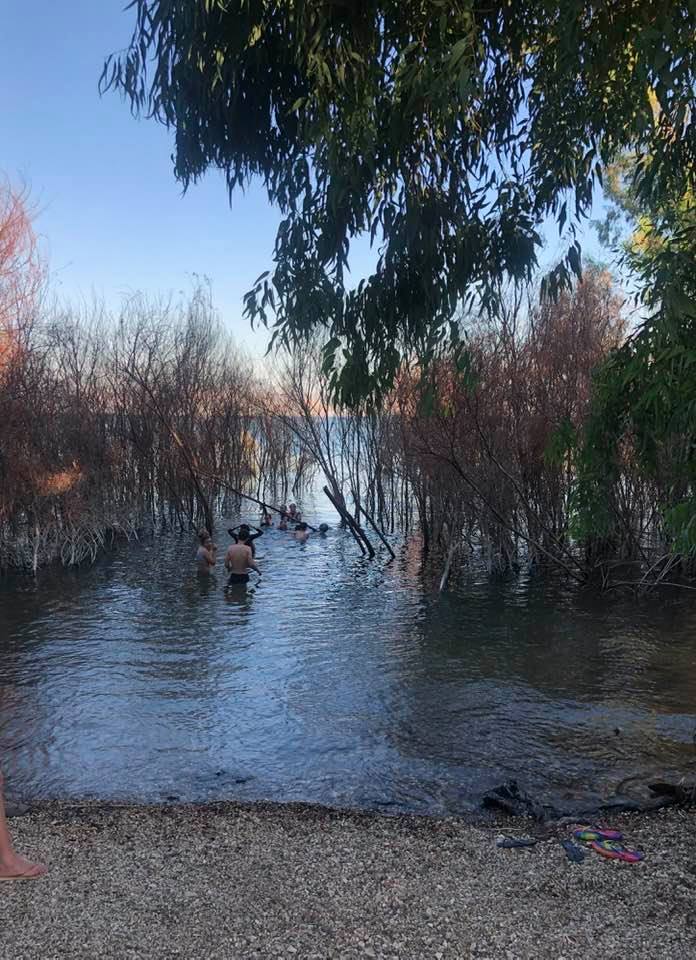 but by today there were so many people there that it was no longer the idyll it was the day before. people from the guest house, people who snuck in, people desperate for a place to cool off now that the rest of the world has been shut off to us.

Our little guest house, so used to meditative ministers, is filled with hungry, noisy Israeli families. Yet it remains a wonderful place to stay. Ezi writes to our German relatives about its charm, while my friend from Jerusalem mutters "staying with Nazis, eh?" and I, while everyone is napping in the afternoon, review my article about Kurt Gerron and his protests against the Nazis before he was persecuted and killed. Why can't we just enjoy the view, you ask? We're Jewish.

why are people exhausted after their vacations? i came home to find my email not working, and that little fact almost drove me wild. So wild i had to take a nap.

It didn't stop me from looking up what the Rambam says about visiting graves - he didn't like it. so why oh why did people spend over 10 million dollars to glorify his grave in Tiberias? I wanted to stop by, but when i saw so many religious families with very relaxed corona protocols but very orthodox dress, i decided to pass it by. We took pictures but i can't get to them now. But i'm puzzled by what they expect a visit to the grave is supposed to do. the yeshiva of Rambam in Cairo is supposed to have healing powers and even King Fouad was reported to have been cured there. But that's because Ramabam was supposed to be such a great doctor. Does he work from his grave as well? How interesting. 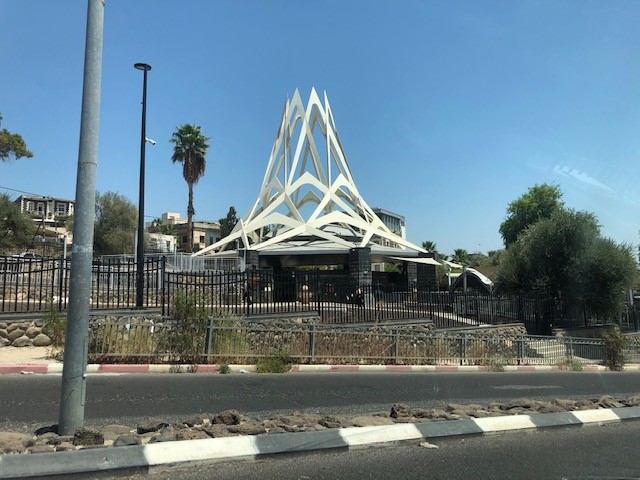 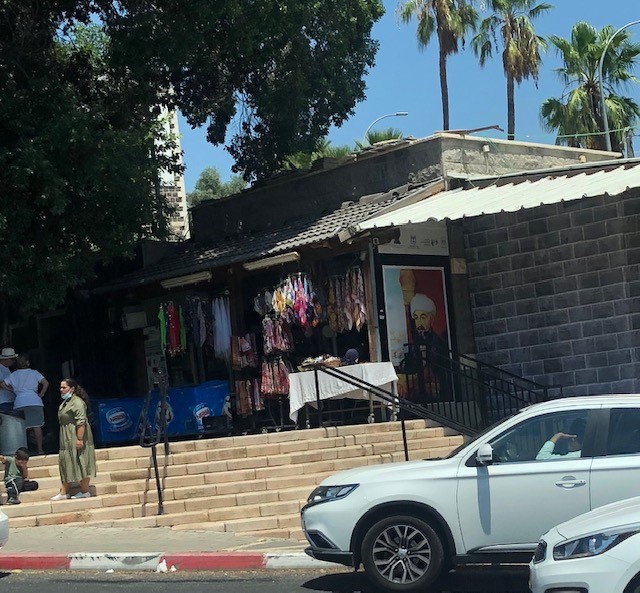 If we're going to glorify, how about those bunkers in the '73 war. Those heroes who defended the country against Syria then spent months underground in these bunkers, 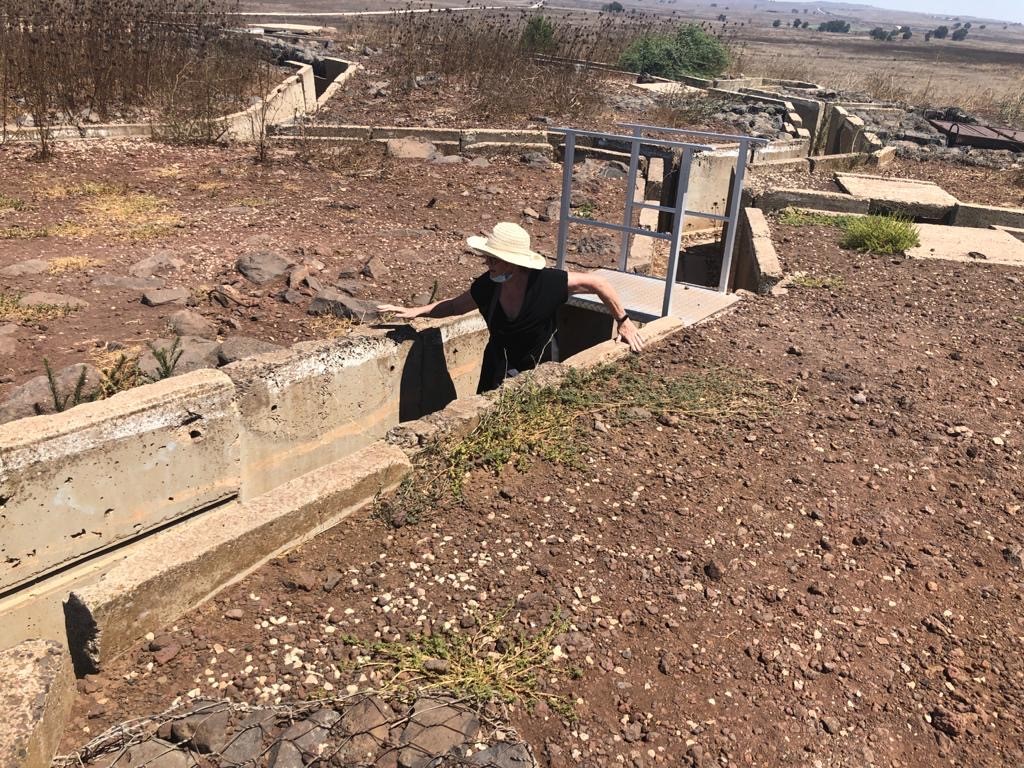 and that US jeep wasn't getting its kicks on Route 66 either. 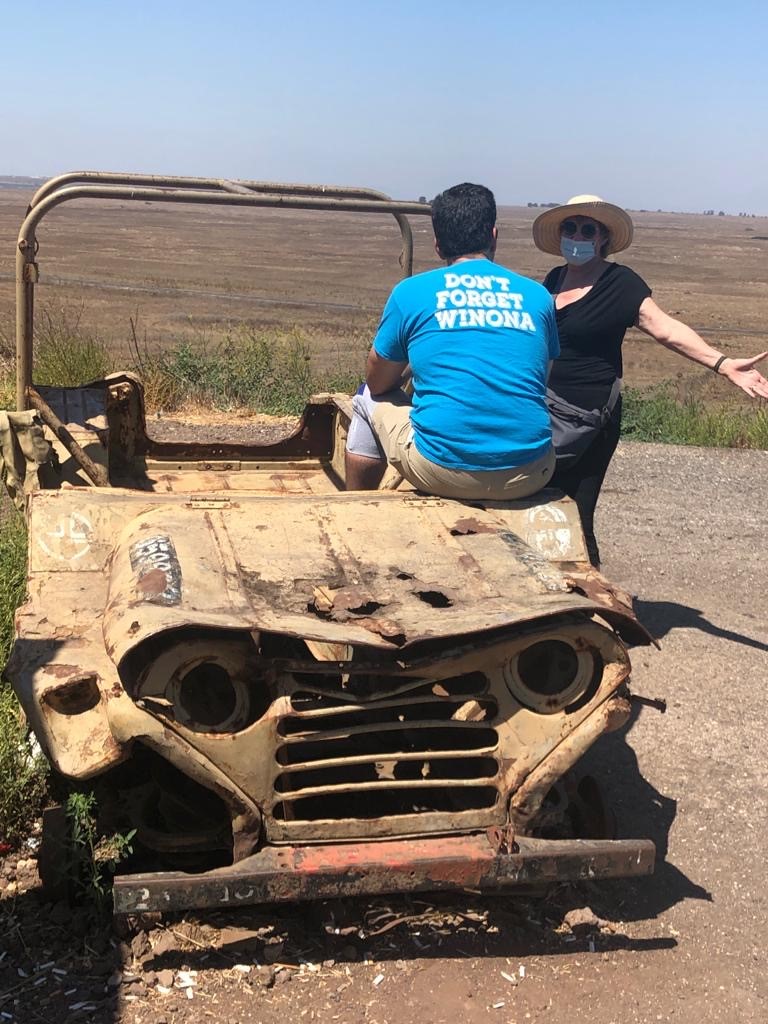 The signs for these remnants of that terrible war are few and far between, but i believe we should be remembering this sacrifice and this heroism much more.

(I hope Ezi gives me permission to use these... I was too busy imagining the war to take good pictures.)

Last year we went with Anam to see something of the Gaza strip. By now all the places we visited have been burned to a crisp - not the people, but the fields, the forests, the crops. i cannot imagine what good it would do to someone to burn their neighbors' fields - especially if they themselves were hungry. i can imagine their demanding crops - which would make more sense. but what do i know? i'm not hungry.

Except maybe for some justice. i've been watching Benny Gantz getting dismantled piece by piece by Bibi and the entire situation really cries out for justice. But what we're going to get is elections.

Maybe we won't have elections - Bibi and Sara and Yair will decide over the shabbat.

One of the biggest problems we're facing is the high corona numbers in the Arab and especially the orthodox communities. It's not only that the religious have a very high percentage of corona positive people, it's also that they don't go for testing or apply the standard procedures. it's also that the yeshivot are open, the synagogues are open, and there are plans to fly to Ouman for the holidays. My friend writes - let them fly to Ouman - but don't let them come back. The influence of the religious parties on the government right now is very great and we are all affected by their pressure. Apparently the numbers for Tel Aviv are low, but the numbers for Bnai Brak are very high, but we are all part of one people.