The Museum of Islamic Art in Jerusalem has lots and lots of gorgeous detailed art from the history of Islam. But the real treasures are the watches. 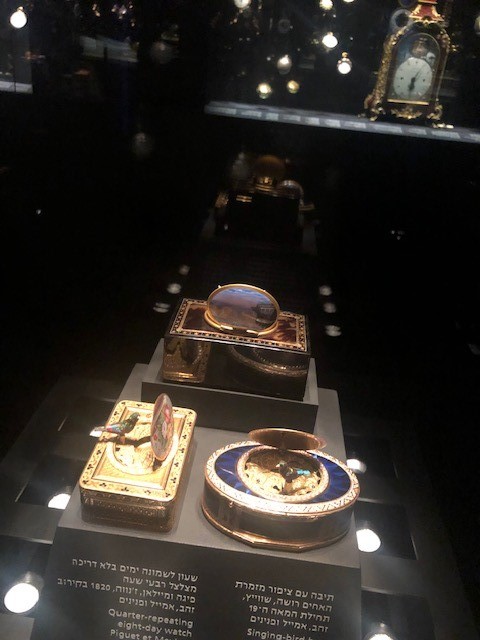 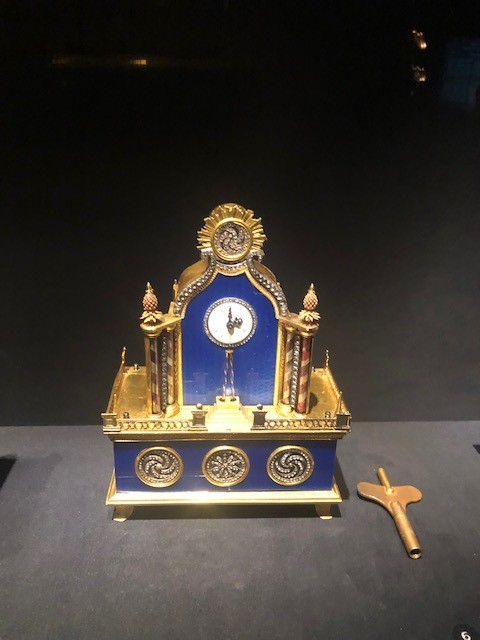 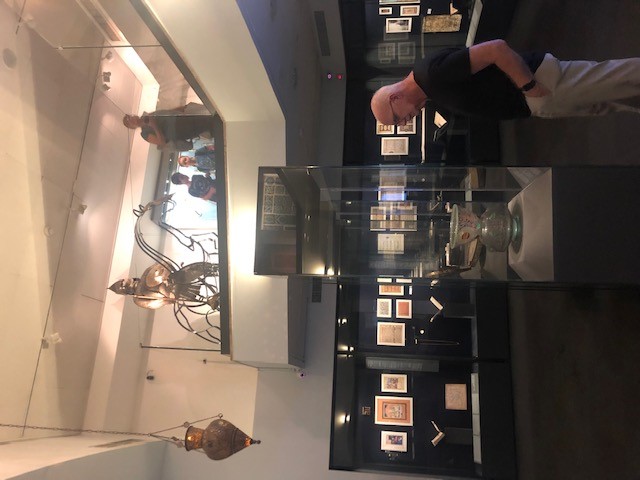 we're exhausted from the trip and i wouldn't even write today but the whole succession of events with Trump telling Bibi not to let the two congressmen into Israel is something that can't be easily overlooked. The only good I can see is that Bibi having lost the Democratic party has to go.

With 2 new recommendations to prosecute members of the government, as well as a ban on two American congressmen, I think we can now say officially that we have become a banana republic and have no right to continue in this manner.

I'm staying away from news - it is too destructive. for fun my friends put me onto searching for me relatives who survived the holocaust this evening. i found the prisoner numbers of a few. but it isn't much of an escape.

Because Jessie Sampter has been so much on my mind since I was interviewed about her last week, I went back to read one of her influences, Emma Lazarus, and found the same drive to use poetry to direct the way a people thing. it is time to publish my old writings about her, to emphasize the only way right now i can conceive of changing the world - by changing how people conceive of their lives. Lazarus did it - and not a day goes by when her poem on the statue of liberty is not recalled. "We're not like those pretentious exclusive countries of old," she says, "we can include all." and people believe her and are inspired by this.

Our day started at 5 because Ezi had some procedure early in the morning, and continued all through the day without a break - With our own little excitements we paid little attention to the stabbings in Jerusalem and the rocket attacks in the South. Meals, family, friends, etc. But the most amazing part was this evening. In Meir Park. Gan Meir has always been a wild place. Ezi always tells the story of his kindergarten's visit to the park, and how the children found condoms on the ground which they attached to sticks and marched down the street. Since then it became one of the best places to pick up a gay 'date' at night, and a great place for kids to play in the daytime. I was surprised to find that now they installed a complete outdoor gym that was absolutely crowded with men and women and their trainers working out in the spotlights. There were guys who had tied ropes between trees and were balancing on them. There was also the usual owners and their dogs and a black-headed night heron standing motionless on a branch over the fish pond (just like the one we saw the day before with his reward in his mouth.) All this and the usual pierced and tattooed natives, the variegated faces and profound and distracted expressions that I have only seen in the East Village and Dizengoff Center.

There is no doubt that Bibi and his wife have to be reshuffled. every little incident makes it more clear - even though i try not to get more depressed about the daily shame of being represented by a weak and even mad leader. the little details of daily life as well as the major political decisions that shame us daily have to be ignored until maybe the election will turn things around. As much as i want a solution to the conflict, i want to stop being embarassed by my leaders.

on the other hand, i spent a little time walking the streets here and i'm amazed by how varied , exciting, and pride-invoking the people of Tel Aviv are.

for some reason my website won't let me make a new page today so i'm adding on to the old one. Hope I'm not confusing you.

Today is the day i blew up. there are not many people i really love but most of them have been dying. Sass was one of them. 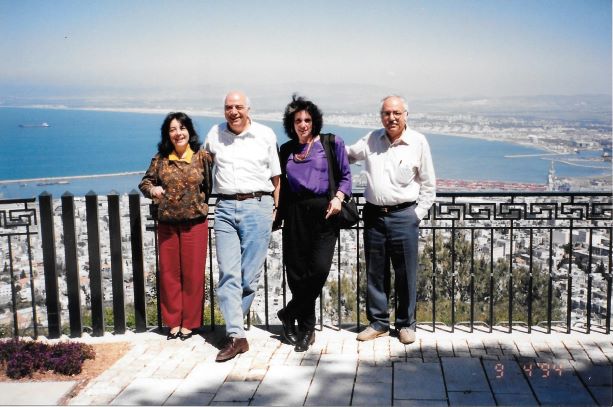 Sasson Somekh dedicated his life to to help the western world understand Arab literature and culture, to bring the jewish and muslim community closer together. here he is with Ali Salem. i'll try to talk more about him tomorrow.