Stuffing the lamb, frosting the cake, picking up the last minute items from the grocers - all get interrupted by phone calls and greetings on the street for the holiday. I turned around to answer a neighbor and twisted my foot into a hole in the sidewalk - it hurts - but it's not crucial. This is a pretty exciting holiday, even if it isn't a lesson in history. I remember asking my Rebbe and many other teachers later - how can it be such an unknown promised land if Joseph came from there? Could it just be that the Jews simply brought disease on the Egyptians because they weren't well themselves? Maybe some kind of skin disease that looked like leprosy? Could there have been a big wind that parted the sea? Maybe the rock was covering a well? But i always remembered the first answer of my rebbe - if it looks like a miracle, no matter how you explain it, it is a miracle.

If you want to read poetry instead of following a seder, click Seder Poems .

In any case, have a great holiday.

Two words keep mixing themselves in my brain - haggadah - agada - all week. Both words are from the same root - to tell. But "to tell" can be history or legend. Lately the news seems so artificial and contrived that the distinction between truth and story is almost non-existent. More and more I become convinced that the only verification possible is immediate physical information. And that's why blogs are as valuable as the 'impersonal' news. Right now I'm watching Charlie Wilson's War and the whole distinction between truth and fantasy, and how much fantasy can influence truth, how much a person can be influenced by fantasy and in turn influence truth and so far and so on, and i know i won't be sleeping tonight...

Amazing how when you walk in a familiar place with someone for whom it is not familiar, it becomes strange. Last night Lisa took a walk with me, not unlike my usual walks with the dog, and as we observed the houses, the whole history of gentrification, conspicious consumption, and the spreading concept of possession in this country was parsed out before us. I have written about this before, about the neighborhood, the obsessive need to make-over every dwelling to suite the new residents (you never just move into a place - you have to 'do it over' - tear down walls, expand, build in new closets, etc.) sometimes without any thought to the suitability of the property for the new dreams. (None of the new architecture suits the environment, not even in the villages). So when you walk around the block here you can see that in every year the houses get bigger and bigger, the walls around them become higher and higher, and now - as Lisa pointed out - there are security cameras on at least two of the newer buildings. Even dogs are beginning to disappear as electronic systems replace them. But the old guy in the house on the corner who raises corn and takes care of his little orchard is still here.

We did a lot of visiting today and were visited in return - Catching up with old friends and relatives and new friends. It is an opportunity to exchange information but my stomach is hurting from all the food, all the cakes, all the desserts. If only there was another way to communicate...

Hol Hamoed - the non-holy days of the holiday. Because it's only half a work-day I rush out to do the tests the doctor's been nagging about for a year, and because it's only half a work-day the lab waiting room is full. At first I was crestfallen, but I was finished and having breakfast within half an hour. Then off to meetings, chores, the usual. But half a day means everything is crowded in the morning, and closed in the afternoon, and by the time I get through the morning I'm ready to collapse.

This whole holiday i've been putting little details about my mother's youngest sister, Malcah, and have been finally getting somewhere in the search for the facts of her demise in the Holocaust. Since my mother wrote in Yad Vashem that she died in the liptshan forests, i thought maybe i was wrong about her position, but now I've found a partisan memorial site that lists her as a teacher and fighter. She was in the Lenin Brigade of the Burba partisans, the site says, from 1942, arriving with her husband, and was burned alive in June of 1944. 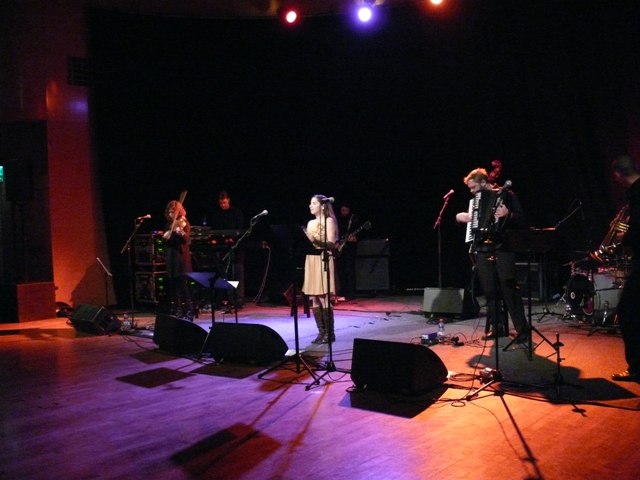