We don't usually get to the tv on friday night, but Smadar keeps insisting we watch "What a wonderful country" so after reading the paper, we turned it on. First line - "What do you mean we don't have public housing? Everybody's living in the national parks..." well that might not have been exact, but i can't but take the satire to heart. Every thing seems to remind me that all our money is going to those awful settlements - and even though we've been trying to avoid straight-on confrontation for years, even my most patient friends have reached the end of their ropes. Liz says there is no hope, but I am hanging on to the last words of our friday night satire - "go to bed, close your eyes, and try to imagine that after all this is 'a wonderful country.'

For you Hebrew speakers, this is the sixth of my articles about poets and their graves. Langston Hughes. I'm pretty amazed that every article i send in to Haaretz gets published within weeks. I wonder if it would be like that if I were in the US...

The days of sun and warmth are here. I know I know - they've been here all winter, but I haven't been enjoying them lately because of all my little aches and pains. Today we actually attended a little party in a garden on Rothschild Boulevard and afterward went through the city. Such a great comfortable city - a city you go around with your ugly slippers on. You can see it every where - even the old ugly sculpture they took away from the original city hall when they beautified it was transported to another more modern place in Tel Aviv on Rothschild to take away the possibility of it being too perfect... 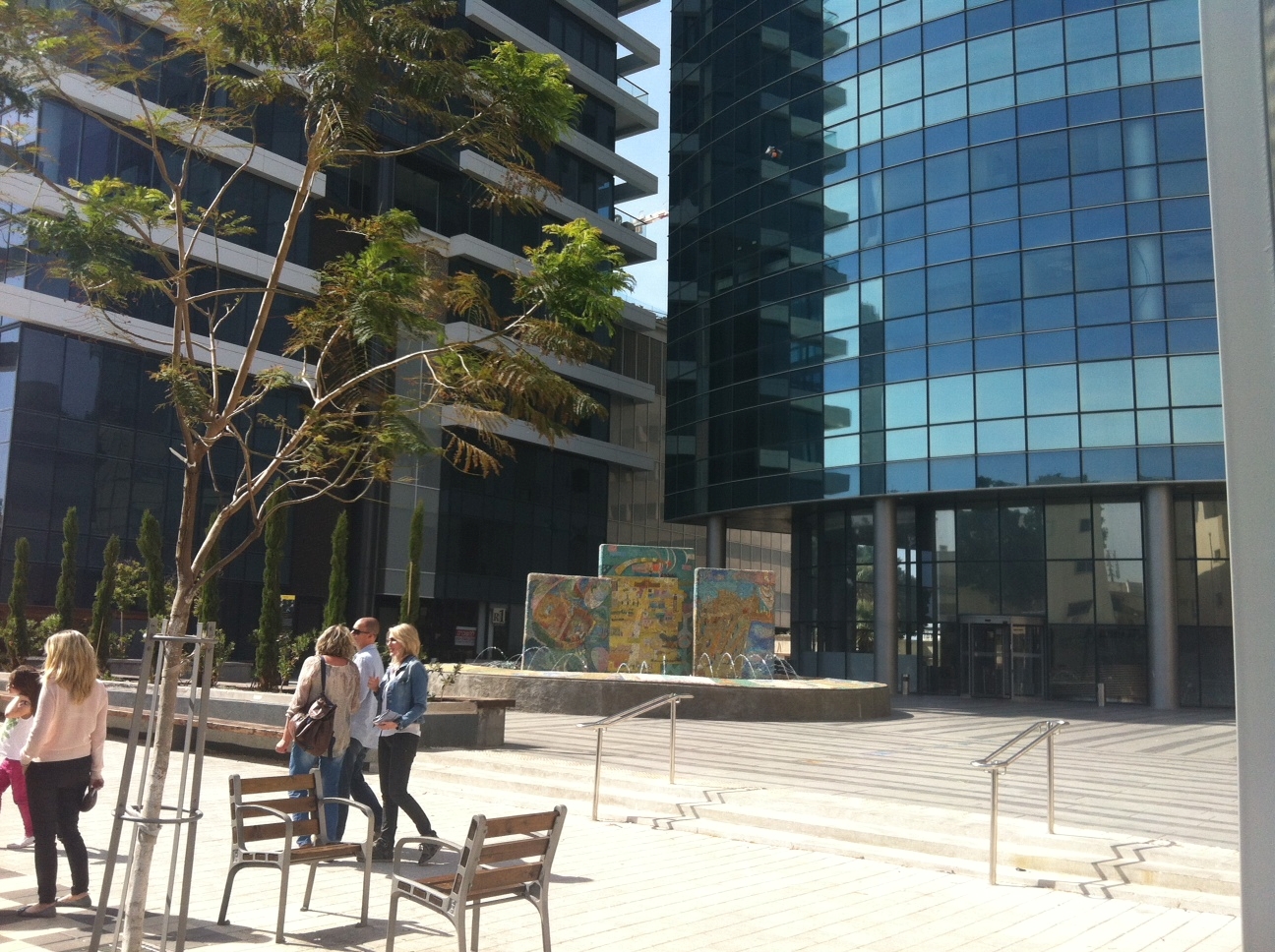 we want things homey around here.

check this out. Tova Dvorin of Arutz 7 wrote about the evening on thursday of the Israel Association of Writers in English. I poured my heart out to her.

But there are many other reasons to look at the article - for example the choice of words to describe leftists is interesting. It's also fascinating the way the political choice we take makes us insensitive to a certain group of 'other'. And maybe if we keep talking and reading poetry to each other we may overcome this slightly.

PIJ Co-Editors Ziad AbuZayyad and Hillel Schenker will be in New York on Tuesday, April 8th. They will be leading a discussion on Palestinians, Israelis and the Kerry Initiative, at 777 UN Plaza (The Church Center), opposite the UN, Hardin Room, 11th Floor, from1:00 - 2:30 p.m, hosted by The Israel-Palestine UN NGO Working Group and The NGO Committee on Disarmament, Peace and Security. They will be in Washington on Friday, April 11th, speaking about John Kerry's Framework: More of the Same, or a Fresh Approach to Israel-Palestinian Peace, at the Carnegie Endowment, Choate Room, 1779 Mass. Ave., hosted by the Foundation for Middle East Peace, Americans for Peace Now and Churches for Middle East Peace.

After reading Dov Khanin's report about how the 14 year old boy was killed by Israeli forces after crossing the border to pick fruit, I was unable to read any more news.

Okay, accidents happen. But there are situations that create accidents. And they should be prevented. I don't know how fast I would shoot if I had a gun in my hand and thought someone was breaking into my house. That's why I have bars in my windows.

I know it is very late in the season to be thinking of this, but I have these plate candlesticks that my mother used to use (as backup) and the plate is gone, and before every holiday I say to myself - i've got to get them re-plated. But I never remember until it is a few days before the holiday and never know know where to go to get them re-plated. So this afternoon we decided we'd plan for the next holiday and began to look for experts. but it's so hard to tell from a phone book what is on the other line. Call number one - Abu-something - Judaica Restoration. No answer. Call number two - hello - 'do you replate..?' 'oh yes!' 'candlesticks?' ...(silence?) ..'okay, candlesticks (silence) are they light or heavy?'...'oh, very heavy...' 'listen, we do rockets and stuff like that. we don't do candlesticks.' 'okay, fine.' 'my advice to you is to go to the market in Jaffa and ask around there - you'll find a resilvering place and you'll have a nice afternoon.' 'thank you.' My knee is still acting up even with the cortisone, so no wandering around looking for resilvering places that don't work for the army. Back to the phone book.

And just like that Tamar Orvell sends me a picture of the silverplate man in the market I visit every week. I didn't get to a computer all day and only now can thank Tamar and ask for permission to use the great picture she sent. I'll be visiting this guy after the holidays.

Today was an afternoon at the zoo, (a href="http://www.safari.co.il/content.php?id=3">Safari) where all hell is breaking loose. Every female is either in heat or pregnant or taking care of a new baby. We spent most of our time trying to encourage the inexperienced leopard, but the few attempts at mating were unsuccessful. Fortunately Ezi got them on film. He also had some amazing shots of the lion family, the llamas, the zebras, but I managed to get one of my nursing granddaughter learning about other nursing mammals. 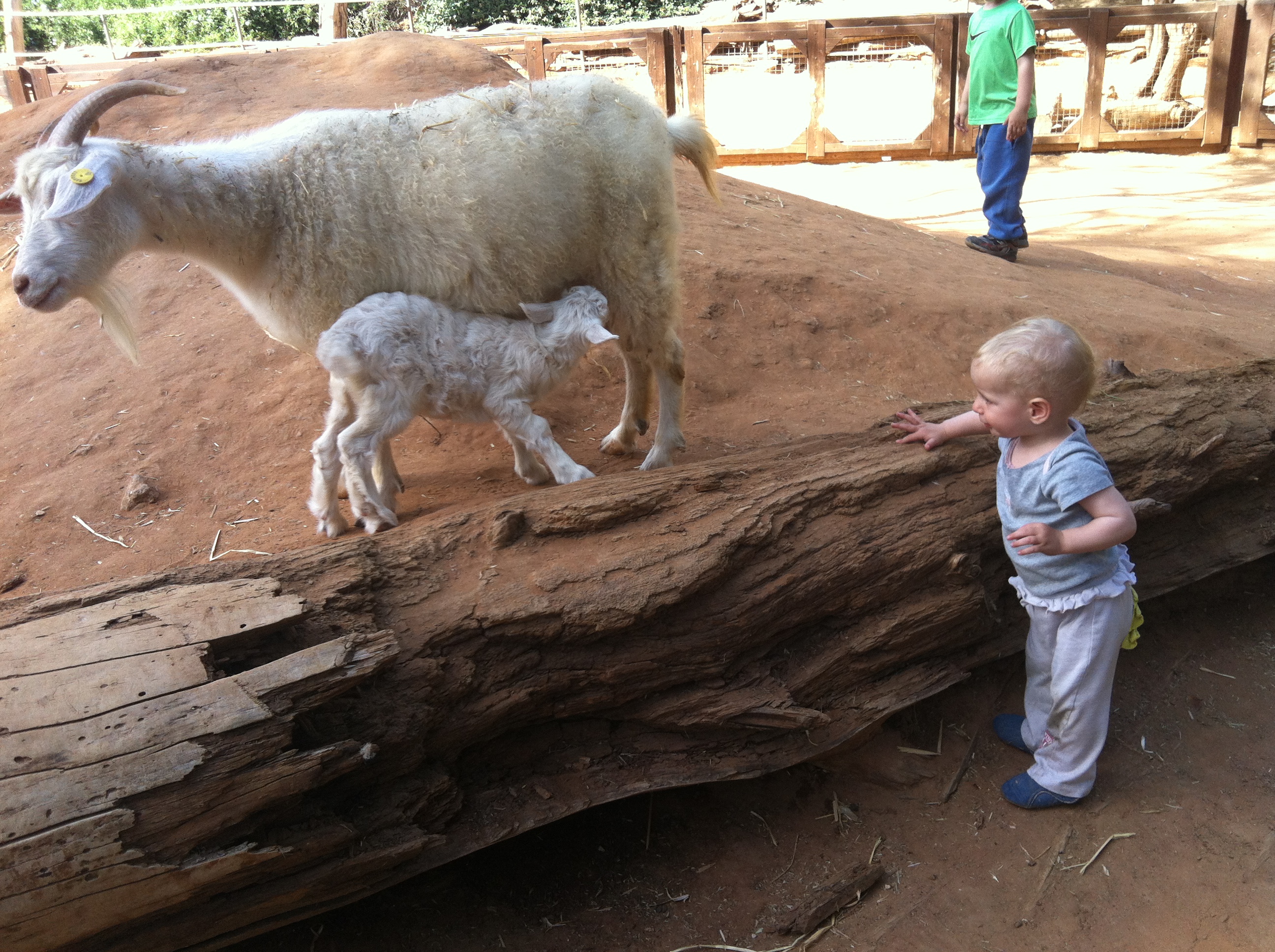