This will never happen again.

I forgot to add that Suzanna sent this item to me. And already there is a correction: Adloyada has noted that there are others way to look at this.

I will be up tonight correcting exams and will make sure to note this moment. But then again, I often note that fact - that no moment will ever return. This came to me when I first read Samuel Johnson's description of the scientist, "Sober," who is always busy observing things, "Sober, at his chemical experiments, sits and counts the drops as they come from his retort, and forgets that, while a drop is falling, a moment flies away."

That's the idea of this diary.

So one minute the weather looks almost like a normal Israeli spring and then suddenly hail, lightning, rain. Then back to 'normal' with millions of dollars of crops destroyed, maybe as much as 80% of the annual yield. 150 dwellings. No loss of life. But unless there is massive compensation there, who knows. This holiday will be a tough one for many many people.

Every month or so a guy named Haim comes around from an organization called "Mazon le'haim" (food for life - or food for Haim) and we give him money. We suspect he's not really genuine, that although he's a registered organization, he's probably pocketing the money, but we also figure he must really need it. Anyway, it's become a tradition around here.

It has been a difficult decision, but I'm selling my wonderful Baleno. A 1996 suzuki, with only 55,000 kilometers one it, and I'm the original and caring owner. All right, it's Ezi who's the caring one. But the fact remains that the car is like new. Anyone interested? It's not cheap - after all, I've got Haim to support.

One of the ways I preserve what is left of my spinal column is to avoid supermarkets. I usually buy on the internet (netsal.co.il) in the middle of the night. It is streamlined and i can avoid impulse shopping. But then in the morning I get a call from someone named Mazal or Natasha who tells me that they're out of half of what I ordered from their list. Today it was Salima who called and informed me that they are out of low-lactose milk. Will they have it tomorrow? I ask her, a bit desperate because it's the only milk I can drink. "Are you kidding?" she says. "It's not kosher for passover."

If you remember my conversation with another Arab salesman over the Shabbas warming plate, you will see that it is not rare to be reminded of jewish traditions by arabs.

I must have walked everywhere in Tel Aviv today. Down the Promenade, along the beach, past Mograbi (of blessed memory) to King George and down Dizengoff. There is, as Moked made conscious to me, a special spirit in the air - of spring, of holiday, of renewal. Everywhere, in every neighborhood, people were shopping, gesturing, smiling.

One complaint: This is the third meeting i've had in the place that used to be Kassit, and in each time my longing for that tawdry tradition-filled literary cafe has grown. When Moshe Ish-Kassit was in charge, I used to complain about the worn decor, the tired menu, the sad lighting. But at least there was the mural of all the famous writers to remind you of why you chose Kassit over some elegant cafe down the street. Now that it is under new management it is not only tasteless and tawdry, not only is the food unbearable, but i was given the wrong bill, then the wrong sum, and then the wrong change.

Yes, I left a generous tip. It is holiday time, isn't it?

Do you have your calendar ready? Save May 29th. "Love Soup" is opening the Israel Festival.

I've been making up a family haggadah - with immediately relevant pictures - And there is one photograph I can't pass without going into a spin. My mother's brother's son, the little boy here, may be the only survivor of her family. But I have no idea how to find him:

Alexander Kaganovich would be in his eighties now. Got to Dneiperpotrovsk after the war and had four sons, someone told me.

Although I agree with that old adage, that "a clean house is the sign of a broken computer," yet there is something in the air that has compelled me to embark upon a throrough spring cleaning. Despite the amazing weather i find myself drawn to dusty cupboards and long forgotten book shelves.

I'd better go lie down until this dangerous feeling passes.

Maybe I'll compromise and clean out the camera, show you some pictures of Tel Aviv on Shabbat. 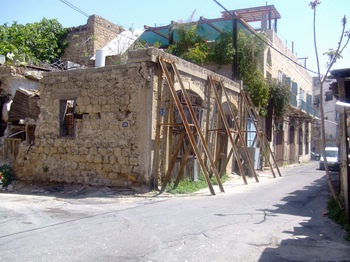 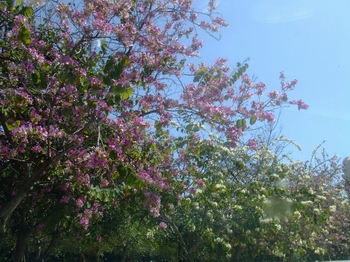