Here was the compromise. We went to Mughrar to see the poetry festival and Naim was kind enough to invite me to read even though I wasn't on the list. It's an international festival even though most of them is in Arabic and the Hebrew speakers come only for the evening they are reading. In the past the festival hosted the Hebrew speaking readers for a few days in the area, but lately the funding has been channeled more into bringing writers from other countries. This works out well for the writers coming from abroad but it doesn't seem to bring us together very well any more. We were there for two evenings and heard a great deal of Arabic and they heard a great number of other languages.

I have to figure out how to shrink the size of Ezi's photos, I'll put up some of his pictures. 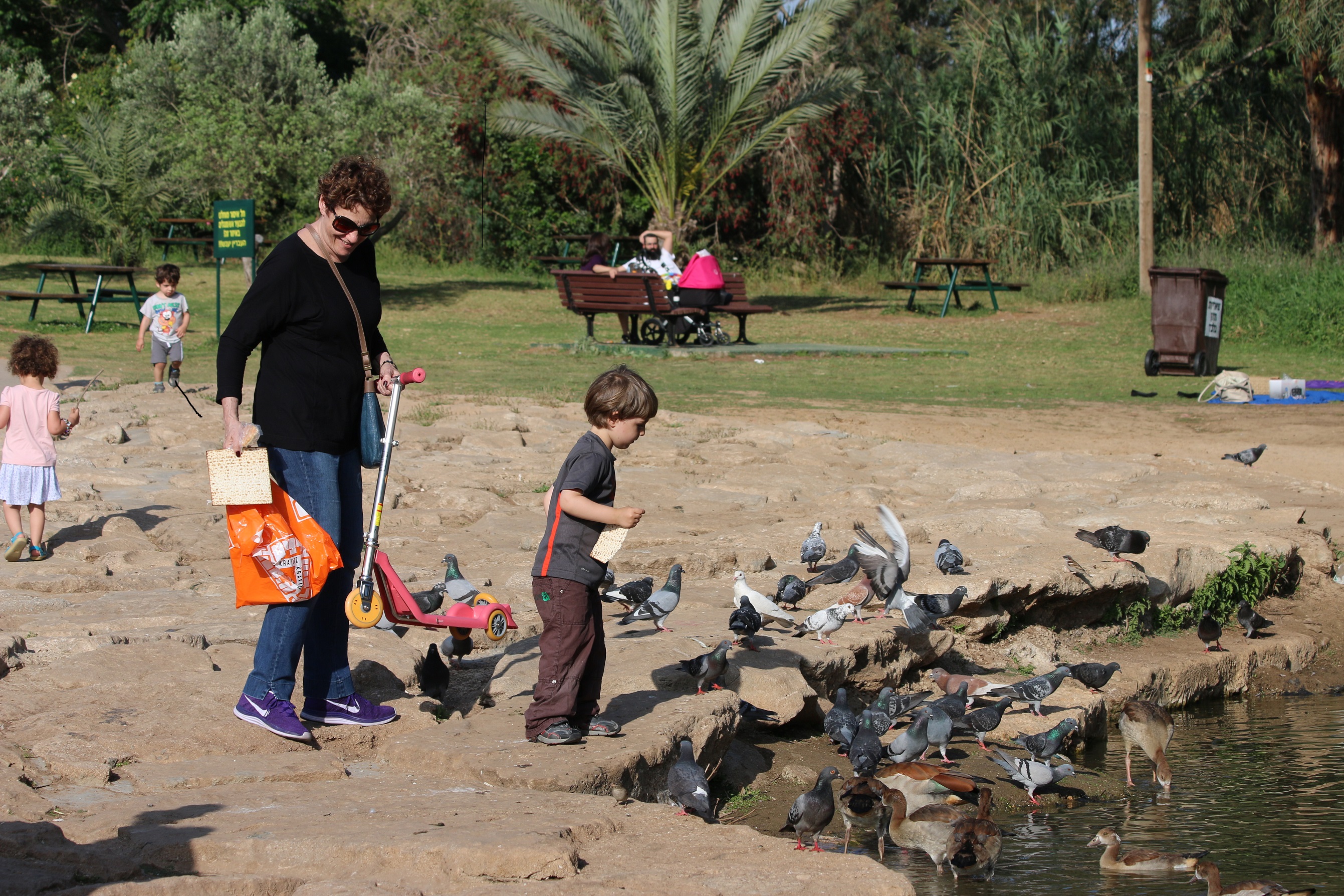 I know, I know it's not ecological, but it was sooo much fun.

okay, that works. so now Mghrar. 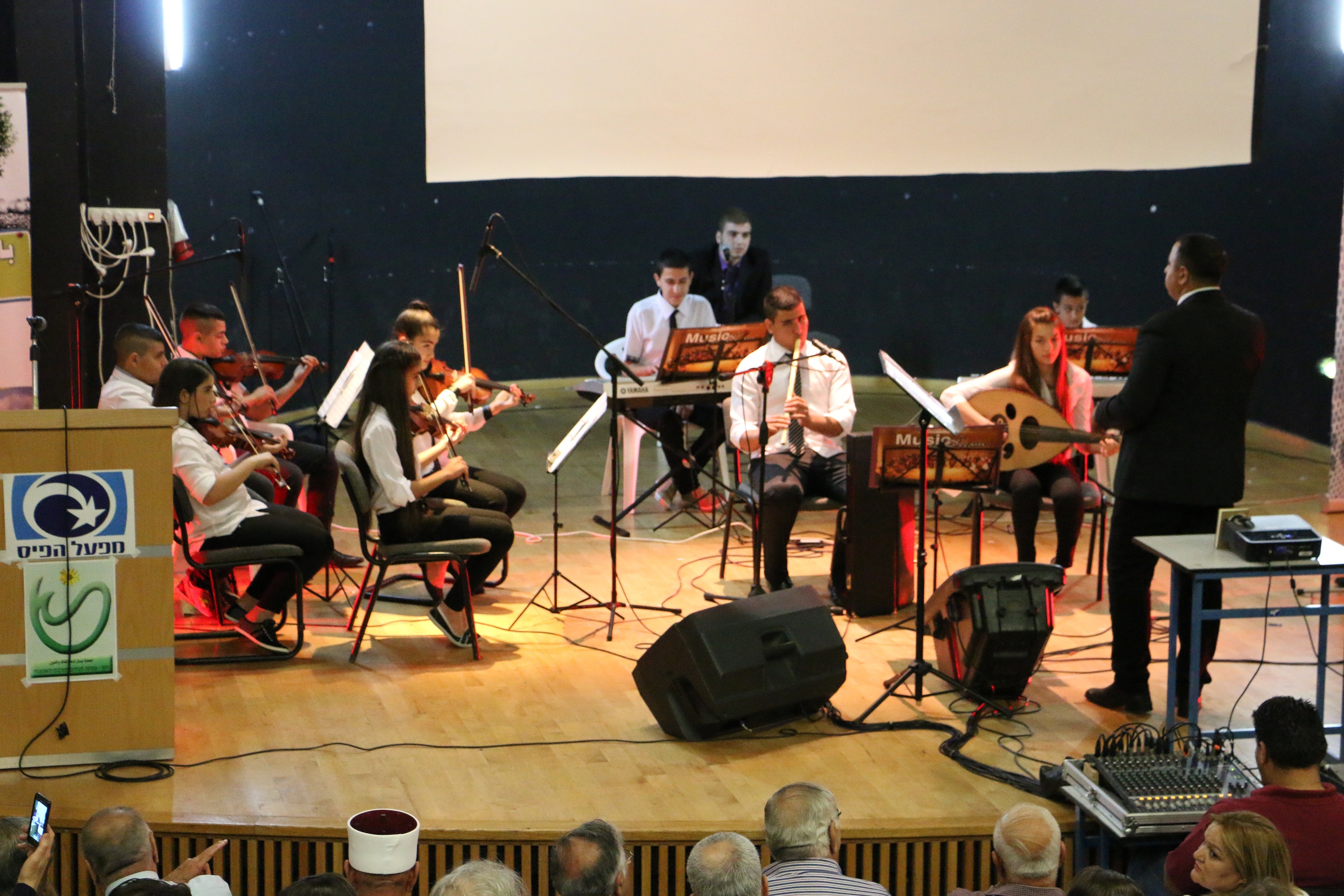 This happens to be my favorite - the high school orchestra playing Farid Al Atrash. The oud player is amazing.

I was too enchanted with the show to film it. for the other presentations at the Arab/Israel Theater last night, I took pictures, but the one in the middle didn't look very promising - a mother draws lines with chalk and the son declaims syllables. Lesley and Jonathan is all I caught from the introduction. Why? what? Slowly her expertise with creating and erasing with chalk and water began to form the word Yaffo in Hebrew and then in Arabic and then the words disappeared. At the same time Yonatan's syllables evolved to words to sentences in Hebrew and Arabic. And to prayer and then to emptiness.

Acadia on Saturday morning. The sailboats in the background you can barely sea, the yachts, beach, pool, cafe, and behind me many many rich and religious families spending the sabbath after synagogue reveling in watching. 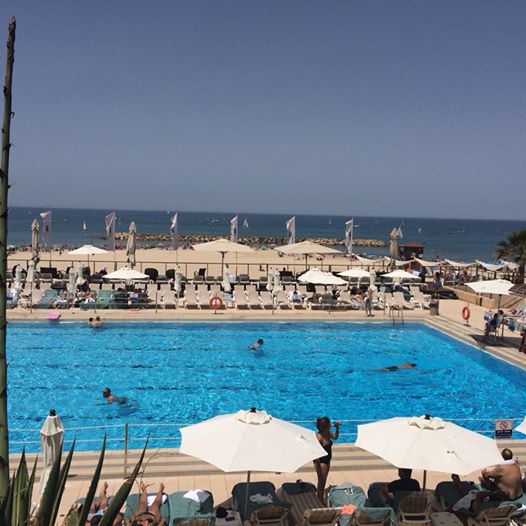 not a single one of the people i know has not mentioned their outrage at the desecration of non-Jewish religious places and the lack of significant action on the part of the government. Every one I have talked to in the past two days - and i've talked to a wide variety of the population - has proclaimed both outrage and a sense of helplessness at the fact that no one has been even prosecuted for the hundreds of acts of property damage and humiliation in this country. It's clear that the goal is to cause unrest and it's working.

My particular approach to this problem and the problems of occupation is to try to think about a solution. I think so hard I fall asleep.

And then I go out to find something to distract me. Last night was Carmina Burana - an enormous distraction. It was like old Tel Aviv - a really good performance that left you breathless, and then innumerable little encounters with old friends and neighbors on the way out. Walking out onto Habima Square after a concert is always like time and space travel - dogs and cats drinking from the pretentious reflecting pool, couples in shorts and flip-flops wandering through the space as if it was the hallway to their bedroom... you could almost forget all that is going on in the world.