Another week of this double diary and I'll decide which way to go. First I have to get rid of this bloody cold, and clear my head. We went to a party yesterday, but it was on a small scale, where i could infect only a few of my closest friends. I hung the flags all over the front of the house, and now will call my old housebound acquaintances that need cheering. Then I will go back to bed. If bedrest helps I will join the family in a barbeque or ... better yet ... have some radiatori and rejoicing at Pappa's.

It may be the head cold or it may be a political dilemma, but everything is mixing up in my head. I'm watching the annual bible quiz on television, and the language seems - not foreign - but integral to my daily life, while Inspector Clouseau, who I was watching on the other channel before, seemed totally defamiliarized, having nothing to do with my existence.

For example, The other day, at a meeting of the Federation of Writers' Associations, in which representatives of English, Yiddish, Russian, Georgian, Rumanians, Spanish, etc. bemoaned the fact that our budgets have been cut to the point where we can't even afford to maintain the multilingual culture we are dedicated to promoting, the Georgian representative stopped the mourning with "Do you know why the Dead Sea is called the Dead Sea?" we murmured something about how no life can be supported in the salt, and slowly she shook her head. "It is because it is the lowest body of water in the world, and all the rivers flow down to it, but it gives nothing to anything. This," she said, "is what created Sodom - the inability to give." There was silence, and then we resolved to plan a ceremony for Holocaust Day next year to echo the multilingual destruction of our various communities, to give instead of shnorring.

300,000 pigs to be killed in Egypt. I don’t know how many in Jordan. I hope they are washing their hands. We, on the other hand, are more civilized : OUR assistant Minister of Health (We don’t have a real one) did one major thing to help the situation. He changed the name of swine flu to Mexican flu.

Well actually the medical system here is doing its best, giving the same instructions as are given everywhere else about sanitation and trying to figure out what kind of strain it is.

Me I’m sneezing and coughing and would not think anything of it if the world weren’t so hysterical right now.

Let me elaborate on yesterday's post. Pigs don't fare well in the major religions here, but the stories behind yesterday's post are not "religious." Egypt's pig raisers are Copts, so there is a political connection to the religious opportunity to destroy pigs. And although the assistant minister of health in Israel was trying to lower the fear rate by 'neutralizing' the name, Mexico became insulted by our change of name, so we're stuck with Swine.

Even though I didn't participate in either of the two May Day parades in the city my heart remains with them. "You cardiac socialist," the little voice inside me says, "Believing in socialism doesn't do a single thing for the people." "Yes," i answer, "but it got me out of bed this morning."

Yes, it got me out of bed, and even out to Pappa's for lunch, where i sat on the balcony far away from the crowd. I don't have swine flu but why sneeze on people's pizzas. No-one seemed worried about the media-inspired-swine-flu anyway. We've got enough to worry about.

Like the Dead Sea. Why aren't we working with the Jordanians to dig a canal to the Red Sea so that the Dead Sea doesn't dry up? I'm sure we could do it without harming the environment if we worked at it. There ARE programs to prevent this like this one: http://abcnews.go.com/WN/story?id=5362300. Of course one of the reasons there is a problem is that we use too much water from the Sea of Galillee and have therefore dammed it up. But maybe we could change. We have been trying to institute some water saving programs in our home - like saving bath/shower water for flushing the toilet. I'd love to get more instructions about this. It's clear everyone would want to help out if they could.

« May Day - May 1, 2009Simple Shabbat We took a little walk around the neighborhood, which turned out to be very revealing. First you see things from far away, like this bouganvillea which is living across the street from me in harmony with the pine tree.Up close you see that the flowers are white - it is the leaves which are pink. And that there is life in everything Even the house that had been deserted a while after the owner died is now alive - and has become, silently, a chabad dormitory: . Of course the photos are Ezi’s and shouldn’t be used without his permission. I’ve only chosen a few of the pictures he took, and he only photographed a tiny bit of what we saw in the short salley we took around the block. But there is a lot we learned, and you can see hints of it here. 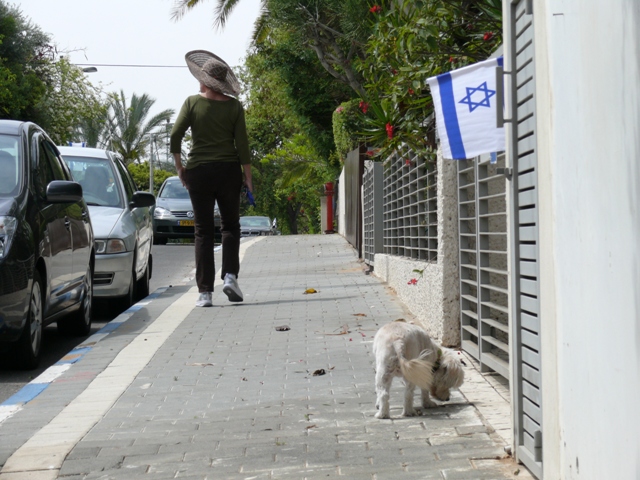 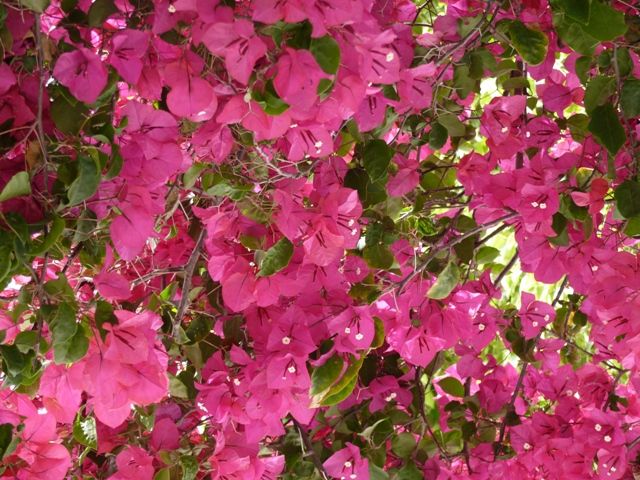 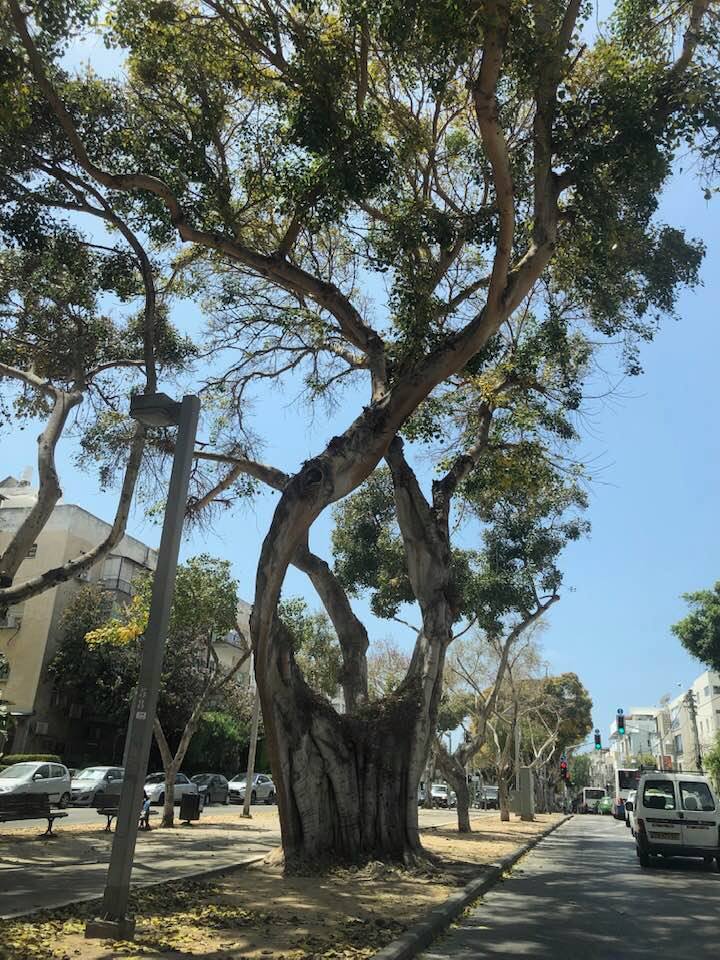 Sharav - the hot wind blows through the sinuses and makes everyone think they've got the swine flu. Even my dog is wheezing more than usual. Tomorrow will be even worse - the hottest I remember- and it is hard to tell if what is going on around here is a fata morgana as a result of the weather or just the usual madness. For example, we got three new ministers today but we still don't have a minister of health. What with the swine flu at our door it really seems like that would be a good idea. Here's another example: We're giving the town of Rajar 'back' to Lebanon, even though belonged originally to Syria. What? Maybe I'll just take a pill and go to sleep and hope that tomorrow is a bit more sane.

This friday, 8/5/09 at 8:30 there is going to be a walkathon in memory of Benji Hillman, who was killed in he second Lebanon war. the tickets are 100 NIS for grownups and 50 NIS for students. All the money is going to building a warm house for lone soldiers (çééěéí áĺăăéí). you can register at www.benjihillman.org