Our friend's son and his family went for a trek and now they're stuck in the frozen lake area of Nepal. All the doctors, equipment, food, funds, clothing, that's going there is going to save people there are worth all the money we're spending. I haven't stopped worrying about them since yesterday morning. and they're still stuck.

The family I was worried about is safe. Now that the personal Nepal fright is over, I can worry about the entire country. And closer to home as well. Rockets fell over the northern border today, and I almost laughed when they interviewed an apple farmer in Ein Zivan - "Yes! It fell directly into my pink ladies!"

All this is small potatoes. There are probably just as many people killed in Syria daily as in Nepal.

what do you know - I'm having computer problems again. I know i shouldn't complain because we usually overcome things like that easily. Still it is irritating.

Tonight Meira Peri-Lehmann, whose son and family were caught in the frozen lake area in Nepal, opened the exhibit she curated for Anisa Ashkur 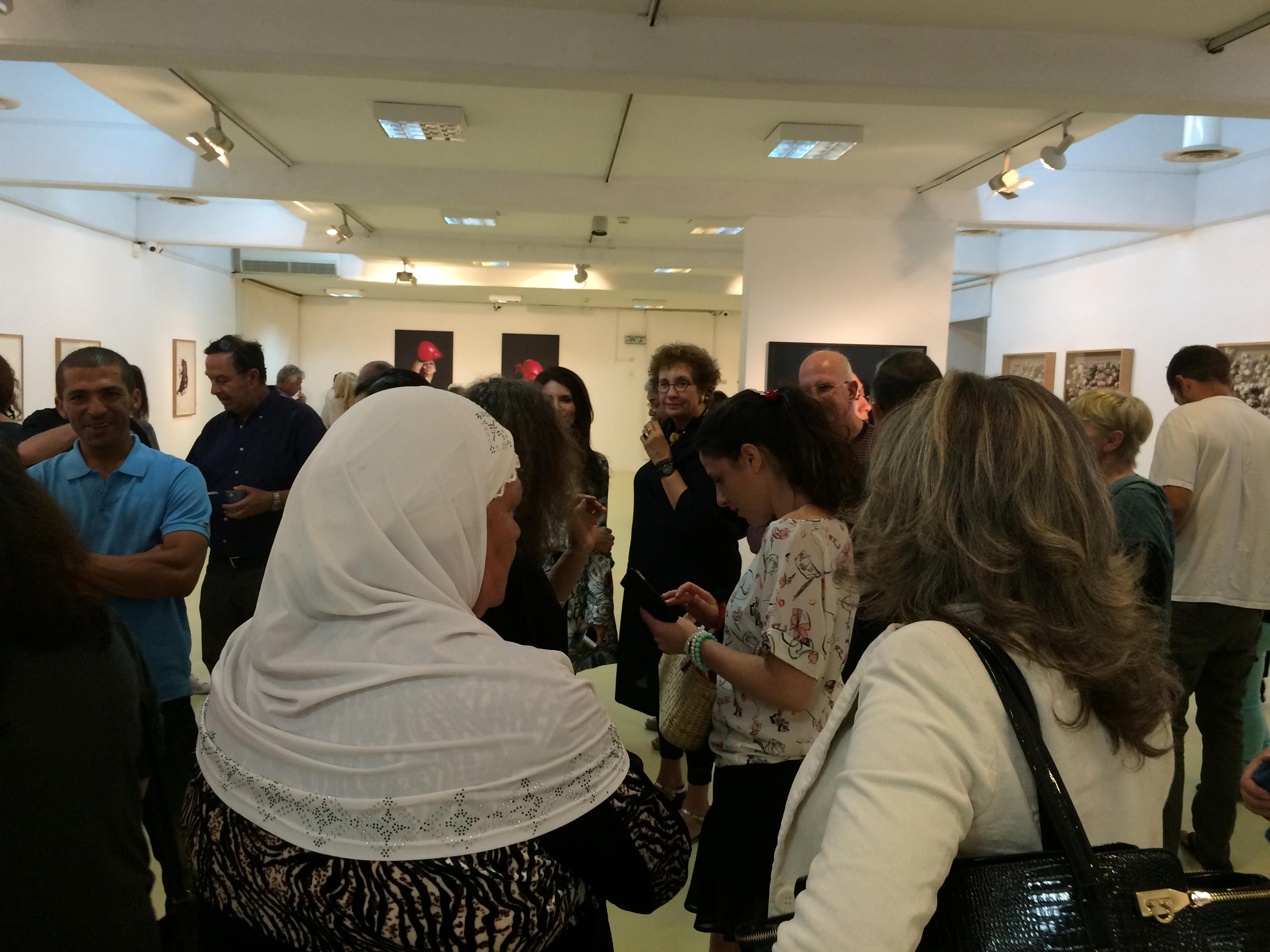 She is in the middle looking a bit stunned. I too was stunned. Not just because of Meira's relief, but also because it was a fascinating exhibit, featuring her large works of her face with writing in Arabic.

We are only now getting to watch Fauda - a series about our 'situation.' The name means 'chaos' in Arabic. Watch it.

This shock therapy kept me from going to see the dragon boats today. or maybe I have a little virus. whatever, i did almost none of the things I'd planned - and Friday is a morning we always have to pack in all the errands for the weekend.