Don't want to write about Natalie Portman. It's over. Nevertheless I wonder why she accepted the Genesis award at first if she had issues with Israeli politics. If it is what is happening in Gaza that turned her against us I would have really appreciated her telling us what she thought we should do. Nevertheless I am too disgusted by the situation in Gaza, by the deaths of demonstrators (you can shoot to wound and not to kill), the fire kites that burn our fields (although what else can they do?), etc. etc. And there is so much that can be done for the Gazans that would do everyone good.

so i did write about Portman in the end. And I guess I'm on her side.

Today's tragedies almost wipe out all other news. While everyone in Tel Aviv were cancelling plans for this afternoon because of the impending storm, an entire class of teenagers went out in the Negev and were caught in a flash flood - at least nine were drowned. there is nothing else on our minds right now.

But last night was a big surprise. we braved the threat of hail and flooded streets and the very real traffic jams and went to a little studio nicknamed "levinsky heights" for a poetry reading. Two writers read with me -poet Melissa Mack from California and writer Adam A Yahya from Darfur. a classicly American poet and a man who took up a pen in order to record his experience of being a refugee, to affirm his humanity.

What a terrible day - funerals all over the country for nine girls and a boy who followed their counselor into a canyon in the negev and were surprised by a flash flood.

Still looking for the truck driver who disappeared in the desert flooding. Hard to believe so many victims in this strange weather - the sun is now shining and the days are springy. but the evening are chillier than usual and i look at my crowded closet and say - yes i need all these clothes. the weather is always surprising me.

Speaking of clothes - I'm now collecting childrens' clothes for the refugees. any contributions?

Tonight is Rossini's Stabat Mater. One of Ezi's favorites.

On the way to the concert we joined a demonstration for just government. 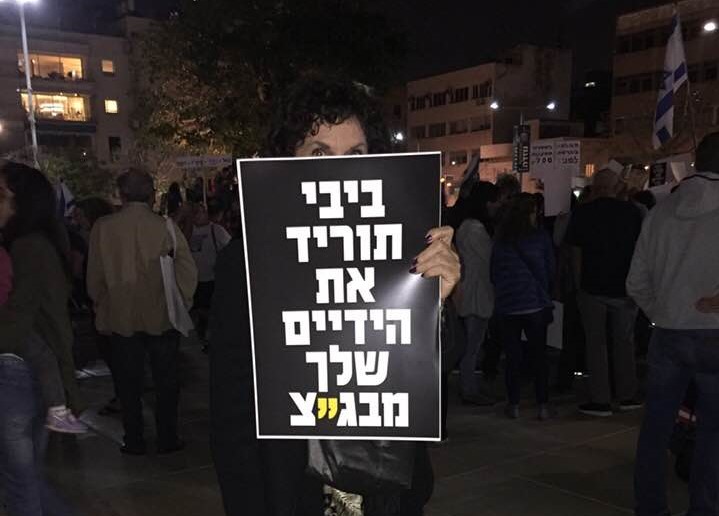 Then the concert start with a mournful Bach piece in memory of the drowned children. then as we began to drive home we saw the crowd in Rabin Square lighting candles for the kids.