Because I was down in the basement in the health clinic I didn't hear the siren. When I walked up the stairs and out the clinic to the shopping mall, everything seemed normal, but there was an air of something that happened. How can this mood be identified? I can't put my finger on it but i know it. The determination to lead a normal life despite the abnormal life we lead.

want to see what is going on with the Palestinians? Look here

Yes, my friends, feminism is contagious.

While I was looking for something to wear in my messy closet for independence day I came up a t-shirt i had made from one of my poems long ago: 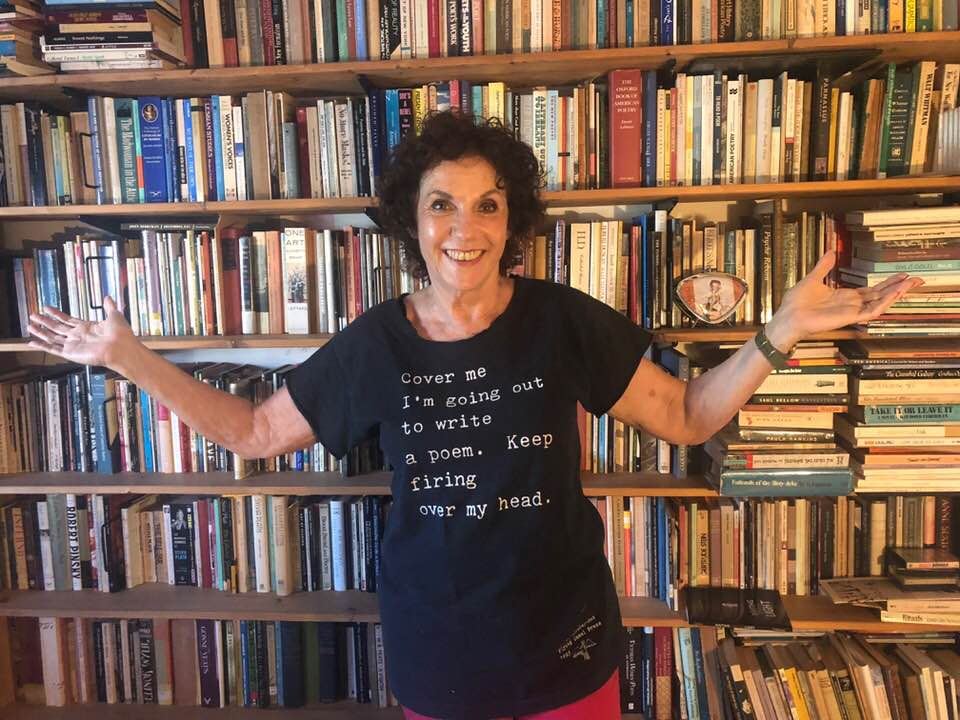 It
is still
possible
to envision a
true Jewish state but only if it is
large enough to include the
rest of the world
and generous enough
to acknowledge and try to right
the wrongs committed even
unwillingly in its
creation.
This is
our

I didn't wear the t-shirt because it was windy at the beach where we went to eat but i took it with me. Nobody was greatly impressed.

we were in Jaffa and it was so crowded we got stuck in traffic for hours - well - long minutes. Our friends were half way through lunch when we got there. When we left, Jaffa was still crowded, but the rest of the city seemed peaceful. Go figure Tel Aviv. On the day of Independence of Israel, we run to the Arab restaurants for sustenance.

Didn't see anyone mourning the Nakba either. They were too busy serving the Jews and the tourists.

Having spent the day cooking for shabbas and watching 'transparent' all i can say is 'oy gevalt.' There is one thing the Jews in Israel and the USA have in commmon and that is inbreeding. This incestuous thing that brings us back to each other no matter how far away we drift. But my Israeli friends will not see 'transparent' on tv .because there are parts that are really sacreligious. the sex we do fine with. Although I can't imagine why any man would want to dress like a woman with the treatment women get here.

Since the earthquake in Nepal I've been following the media like crazy. Turns out that one friend's daughter has a pregnant surrogate and is trying to get herself and her out of the country. Another friend has her son and daughter-in-law and a family of 3 kids in the frozen lake district, another friend has a son who's just taken his daughter out of the hospital there. Thank goodness there are Israeli medical corps there. They will help not only the Israelis but the locals. Even the Druze Lieutenant general in the medical corps now in Nepal talks about the universal obligation the corps has to help where they can.

But although I kept checking facebook and the web for news I was doing a radio recording in Jerusalem. The news there kept coming in while we were waiting for my turn, and I was all what they call in Yiddish farclempt, but once in the editing room I couldn't stop laughing. Here is an American, who has finally learned how to read a poem in Hebrew without stress, a Hebrew director, and a Russian editor who has no idea of what is being said. Actually he had no idea what he was doing. I wound up doing the reading over and over because he kept erasing the tape by mistake. Do you get it? An editor at the National radio station does not only not know Hebrew but he does not know how to use the editing equipment. It was a riot.

But i soon sobered up in Yad Vashem, where I went to find material on my relatives who died in the Holocaust. Not because the information was so sobering, but because - once again - the librarian had no idea of what i wanted. No matter how often I told her. So I wound up with a few lists in Russian script that I couldn't find the names on, and a book about partisans from a totally different place than where my family comes from.

It was almost a total waste of time, but next time I will make sure I know exactly what I'm looking for. If I do return.