is this real? can you be forced to remove the mezuzah from your door? http://youtu.be/6aFlbIWenBI

As someone who only escaped being born in your city
because my mother was so terrified of the Nazisĺ
repeated beatings of my father
she used a knitting needle in the bathtub,
and washed my brother and me
down the drain,
I feel we have something in common.

We've never actually met.
Even if I had survived then
and dared venture out
on the streets of Danzig
it would have been hard
to have a conversation.

But Iĺm sure our paths must have crossed
at some point. Perhaps you
were skipping along the cobbled streets
and passed over my fatherĺs blood
from one of his head wounds.


Perhaps that has something to do
with why your Jews
have no faces or feelings
in your books, and you now propose
that 8 million people in israel
should not try to react
when they are told
they will soon disappear.


Certainly for you it must be weird
That we constantly insist
Weĺre not ready to be wiped off
The earth.


And yet and yet Mr. Grass
there were two people of Danzig
that night before Hitler actually invaded
who saw my parents at the station
with their poor refugee bags,
and gave their seats to them,
sending them off to safety
and with that one gesture
allowed a family to continue
allowed me to be born
in London
on the last night
of the V2 bombs.
I have missed you many times.
Why not make a final courageous effort
And make sure we miss each other again 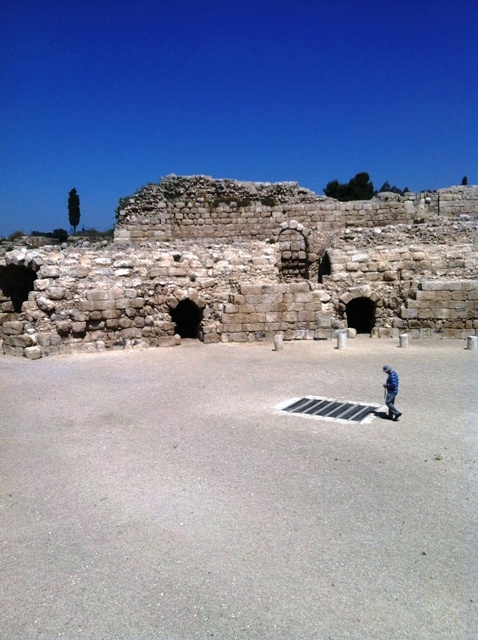 Beit Guvrin. This is the amphitheater, which captured my imagination even more than the caves, which were full of Russian-speaking tourists and whimpering children. I must go back there on a weekday. I don't know what I was thinking of - on a Saturday noon. But it is an impressive place - the olive presses, the caves, the cisterns. There has always been all kinds of life in this country, and all kinds of wars. This Roman theater was built in the second century BCE for entertaining the Roman troops, and i can imagine with what kind of violence they were entertained.

From Holocaust Day we move almost seamlessly into Memorial Day. There are two of the hardest days in Israel and it takes days to ease the pain. As the ceremonies the day before Memorial Day begin are announced, I begin to remember the boys in my classes that never got to actually make it with the girls sitting in the row in front of them. I begin to envision the neighbors who disappeared during the Yom Kippur war. It is not fun.

Let this moment be the end of blood shed in war, in hate, in anger, in revenge. I know it was a shmaltzy thought but I couldn't get that thought out of my head from the first moment the siren began until now, two hours after they stopped.

But then I spent the afternoon with a twenty one month year old boy who was hugely entertaining and will almost certainly be in the army 16 years from now.

Look at the family walking to the neighborhood Independence Day celebration. Look at the fireworks begin! Look at all the children lifting their heads to the sky in wonder. Look at grandmother run for cover. Just like the dogs and cats in the neighborhood. And so I spent the evening at home, listening again and again to Sharon Moldavi's latest single, which is a winner, and has the additional benefit tonight of being able to drown out some of the noise outside. I probably say this every year but the only country that has the right to use fireworks on Independence Day is the U.S.A. and that's just because of the national anthem with the "bombs bursting in air." We really have to find a better way of celebrating the creation of a state. 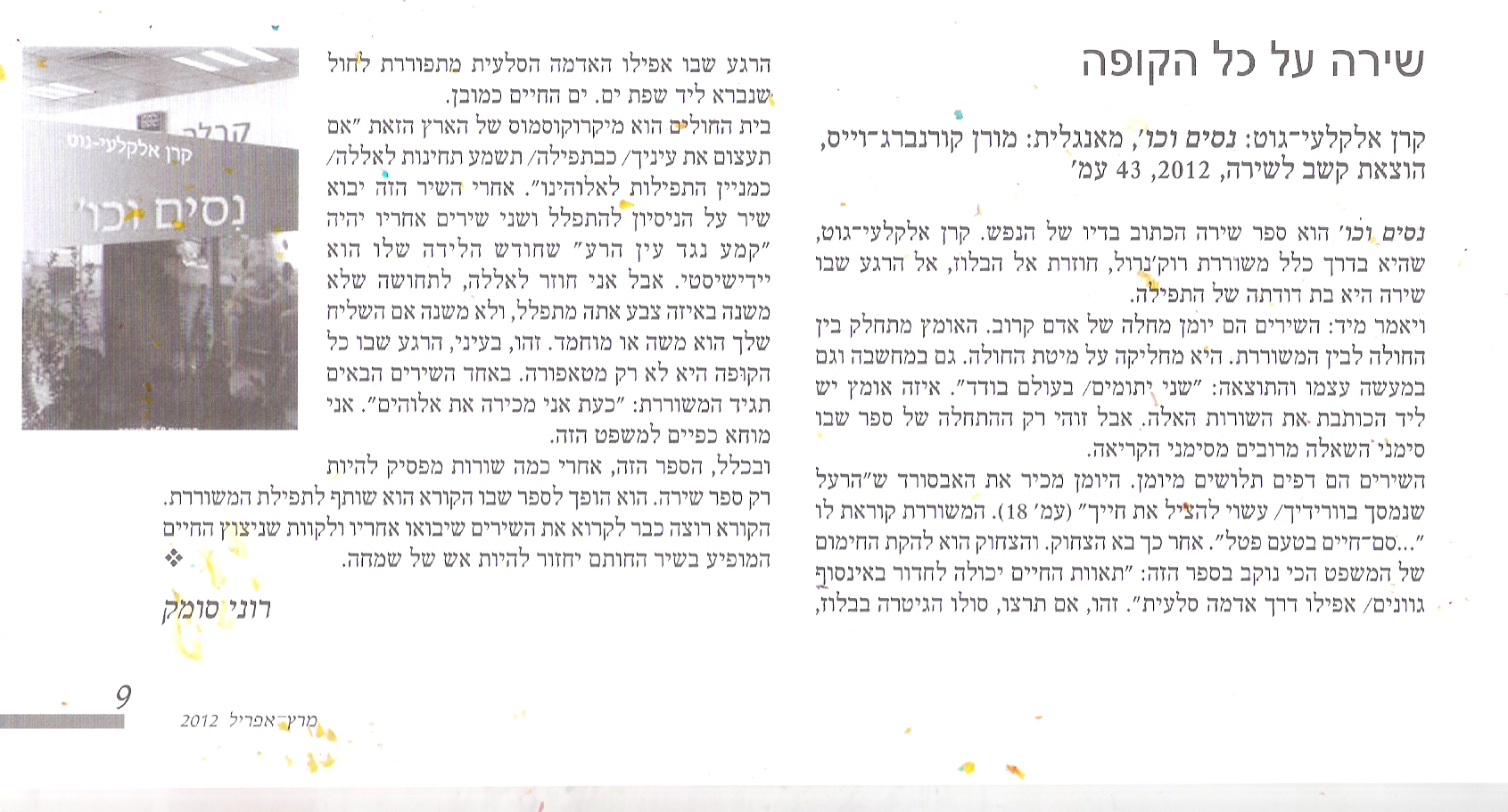 Only one reason why I'm for Obama