When our kids were young, the terrorist incident of Bus 300 in Glilot forced us to shut ourselves in our homes that evening while the search for the perpetrators went on. They remember this today - the one in Boston doesn't mind staying home, doesn't feel fear, but somewhere the fear is there.

Of course the people of Boston feel an incredible relief - but I don't believe anyone can celebrate the end of a catastrophe in these times. the catastrophes are never over, and we never learn the seriousness of their implications if we don't see these events as symptoms or foreshadowing.

I made the mistake of reading what I wrote and feel like a party pooper. The people in Boston deserve all the sense of relief they can get - not only for the night of lockdown but the whole week of terrrible tension.

Wandering through the public market we came upon what was apparently the original "entrance," the gate that announces "vegetable market" with a star of David in the middle. 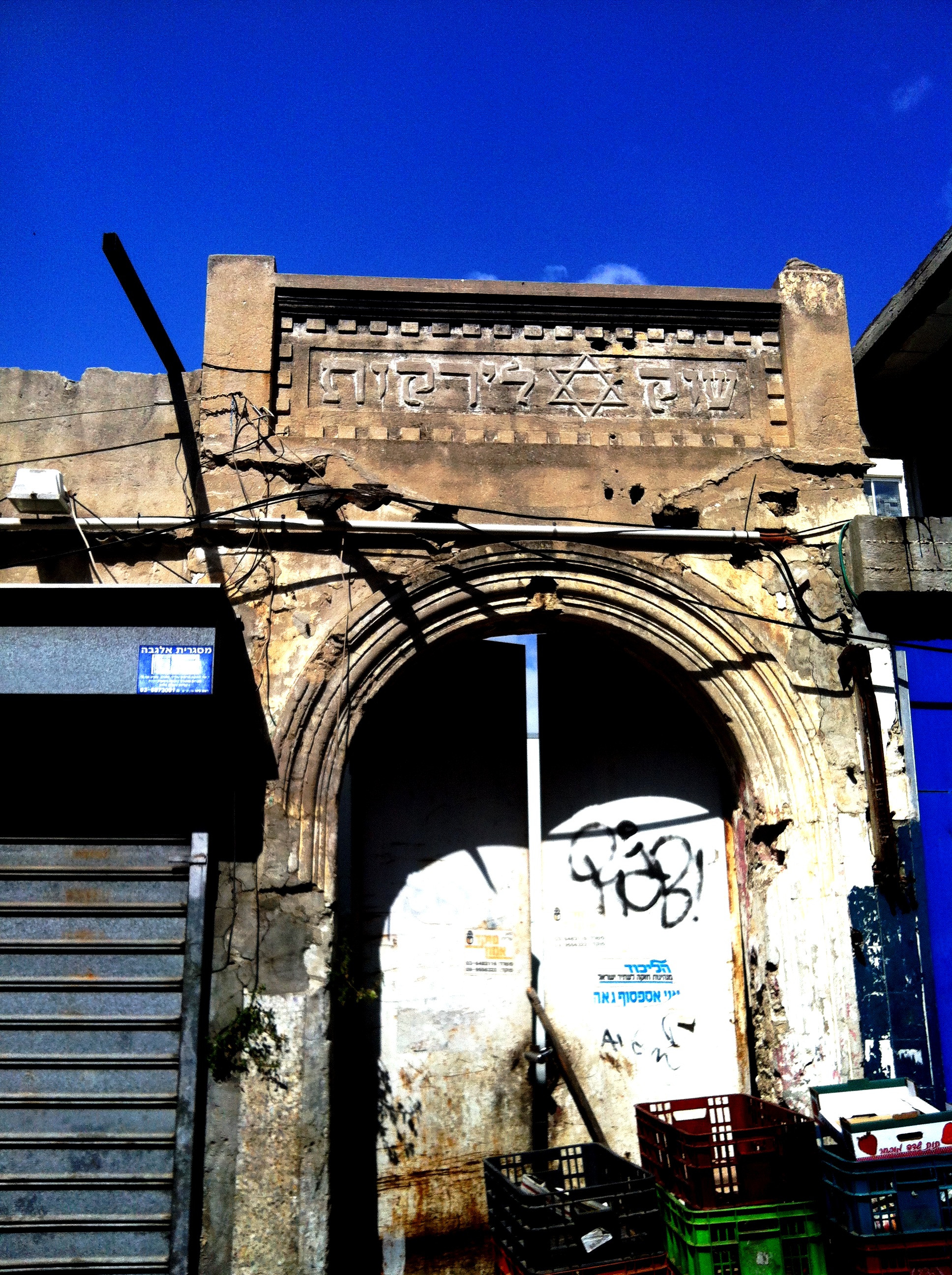 Don't know anything about it else yet. But I take it is old.

We met today with a curator about the photographs that Ezi's father and his friend David Mosensohn took in 1925 in Palestine. Again I am struck by the amazing empty landscape, the numerous agricultural sites, the totally different character of the inhabitants, such as these Turkish soldiers: 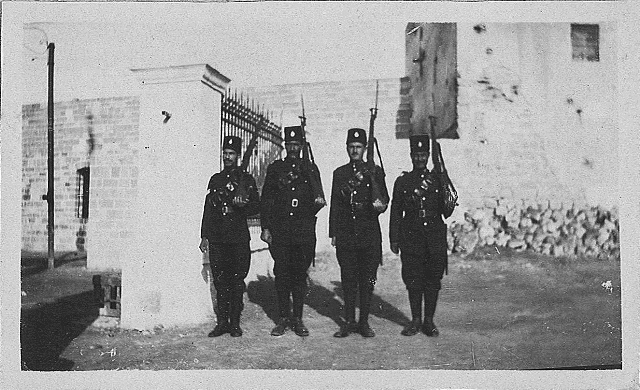 I hope we'll be able to have an exhibit of some of these 650 pictures.

But at the moment I'm stopping all activity. Until the morning I'm hiding under the covers. The changeable weather seems to be affecting every one of my joints. A hot water bottle and two aspirins and see you tomorrow.

Funerals are always bad. And I realized today that the cemetery is so familiar to me I know where everything is. "Here's an old friend of my husband's," I say nonchalantly, remembering that the last time we visited his widow complained that we didn't come to the last memorial service. Too much for me. "And here are my in-laws..." I don't mention a few other people like my partisan cousins and some other friends, but am beginning to feel I should go less often to funerals. My mother-in-law stopped going at some point because she was afraid that once in the cemetery they wouldn't let her go home.

Anyway to lighten my mood I took a picture of the gravedigger leaving the funeral: 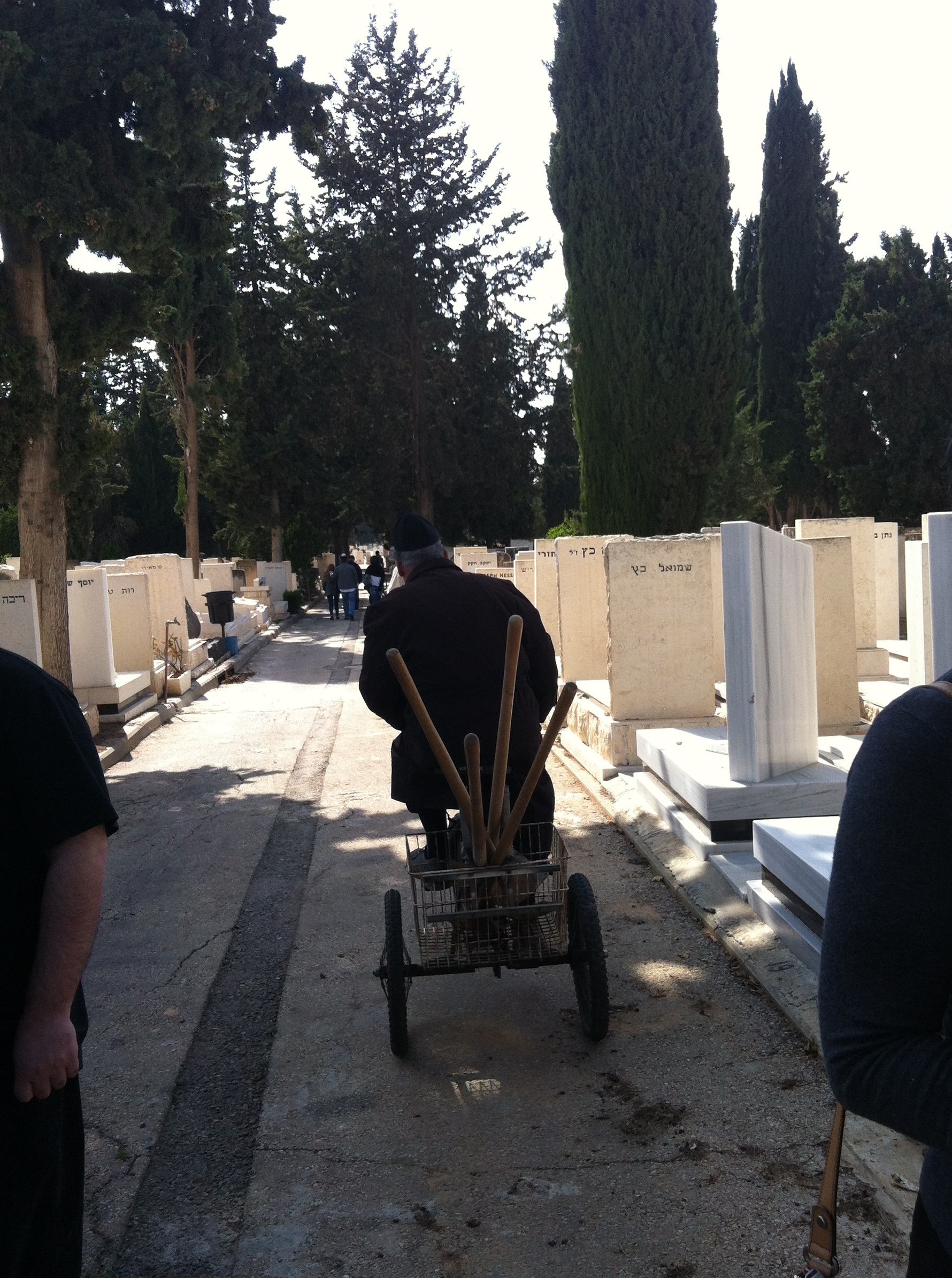 Let's talk Turkey. Ever since Bibi apologized to Erduan and agreed to pay restitution to the Turks who died in the Gaza-bound boat, Marmara, the invitations to Turkey haven't stopped coming. Even though we haven't renounced our desire to acknowledge the mass murder of Armenians by the Turks (the Turks still say it didn't happen and really don't like it when it's mentioned) the deals between Israel and Turkey are going wild. For the third day in a row the news here has been covering the new spas and hotels in Antalia and other vacations spots that sprung up since we've been away. For the third day in a row they've been comparing the prices between Turkey and Israel and conclude that it's an incredible time to travel there this summer.

I'm always happy when we stop fighting irrelevant battles, and the very idea of endless massages makes my aches and pains disappear, but the thought of going to an Israeli-filled hotel terrifies me. All those children! All that noise! All that food being consumed!

Never mind - Turkey has such a rich and compatible culture we're all dying to visit.