Violence begets violence. Even though the scene on youtube with the Israel army officer (ugly, short and mean) slammed his rifle into the face of an apparently innocent (and beautiful) Danish demonstrator, for no immediate and apparent reason, and it is deplorable, I'm not sure the idea of foreigners demonstrating is not an incitement in itself. But I don't know - all I have is the footage everyone else has. And it looks awful.

Instead of reading papers or watching news I spent the afternoon in a playground, and was amazed to discover that even very little children - under two - know about taking turns, waiting for other children to finish going down the slide before they go. Such social skills! I've been to other playgrounds in this country, and the children always surprise me. They are pretty much independent - although their parents may be watching, they seem to climb and swing and play on their own. And they play together - aware of each other even before the age of two. Where do they learn all this? Where do they lose the ability to play together?

Once again it is the evening of Holocaust Day, and as more and more time goes by it is less and less clear to me. Not what happened, but what happened around what happened. The utter chaos, physical, moral, spatial, temporal, etc. remains evident today. We don't have a clear orientation about what's wrong and right. This is true for...

I didn't go to the Holocaust memorial ceremony at the university - Just before then I realized that I am not a second generation survivor, I'm actually a first generation - not because I went through the holocaust but because my cousins only a few years older then me died in the war. The oldest, as far as I can figure out, was Sonia Kaganovich, who was shot together with her father in the big aktion on May, 1941. There were a few others - Aliza, Zama, Shmuli 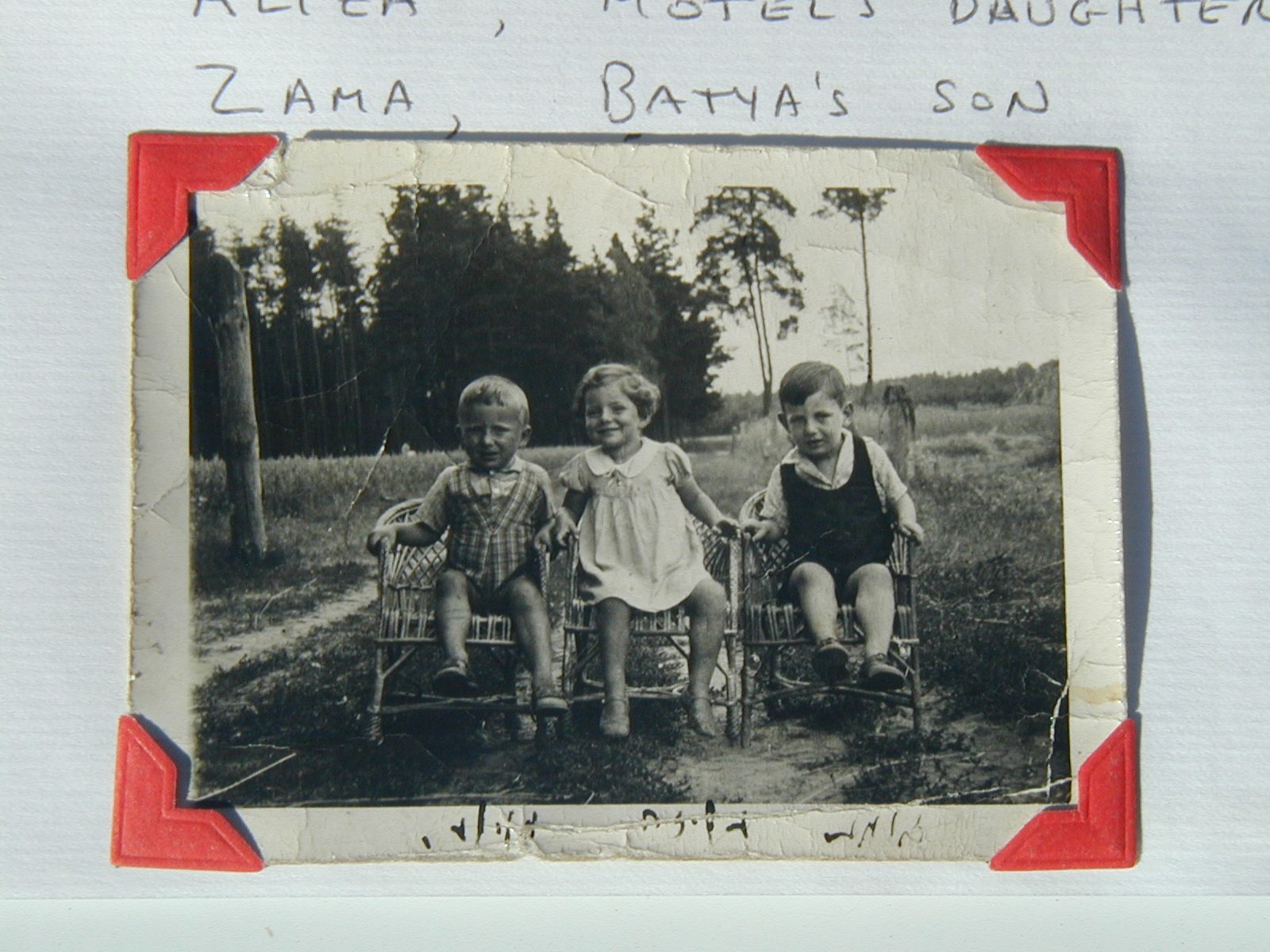 Aliza-Shama Kaganovich, the daughter of Mordechai and Esther Kaganovich, sister of Bat Sheva Kaganovich (Mordechai was murdered in Maidanyk); Zama, the son of Batya and Lolik Berenzyk who ended their lives in Auschwitz; and Shmuli, a cousin whose parents I didn't note. In addition, my aunt Malcah had two children - Avram and Masha - who, as I remember my mother telling me, were smashed against the wall as infants before the eyes of their mother. Avram was about the age of my grandson, less than two. Masha was less than a year old. And of course Sasha, who was the only survivor.

There were probably more who died, but we'll never know.

None of this gives us the right or the reason to mistreat any human being - Today, I was watching some of the beautiful Arab girls at the university and i was reminded that they too are my cousins.

So much for Holocaust Day. I believe it putting it away when the day is over. Anyway we're beginning Memorial Day - which usually starts a few days before - and even though it ends on Independence Day, the feeling of grief continues for a while.

I hope this year we also begin to criticize ourselves in our connection of patriotism with violence. We usually do have some abilities of self-criticism, we used to anyway. When we spoke Yiddish. That's one of the reasons I think we need poetry - so we can see ourselves more objectively again. And then perhaps we can begin to handle the situation we're in.