Here's our chance. It's our time to sit around the table and to review our behavior, our beliefs, our government. It's our time to plan communal strategies for a political revolution. It's that simple. We cannot speak of freedom without noting how much we have become enchained in a country that sees its existence depending on the enslavement of others. I mean it in every element of our society - the occupation, the society of force, the quashing of every form of opposition. Come on, people, think freedom - for others and for ourselves.

The photograph below was taken in 1924-5. It is part of a photographic journey of Bandi Gut and David Mossinson that documented the whole countryside. Bandi appears here at the age of 17 with his faithful dog Dovi. Ezi (originally named David Ezra Gut after David Mossinson) has been working on these photographs and trying to reproduce the original scene 90 years ago. 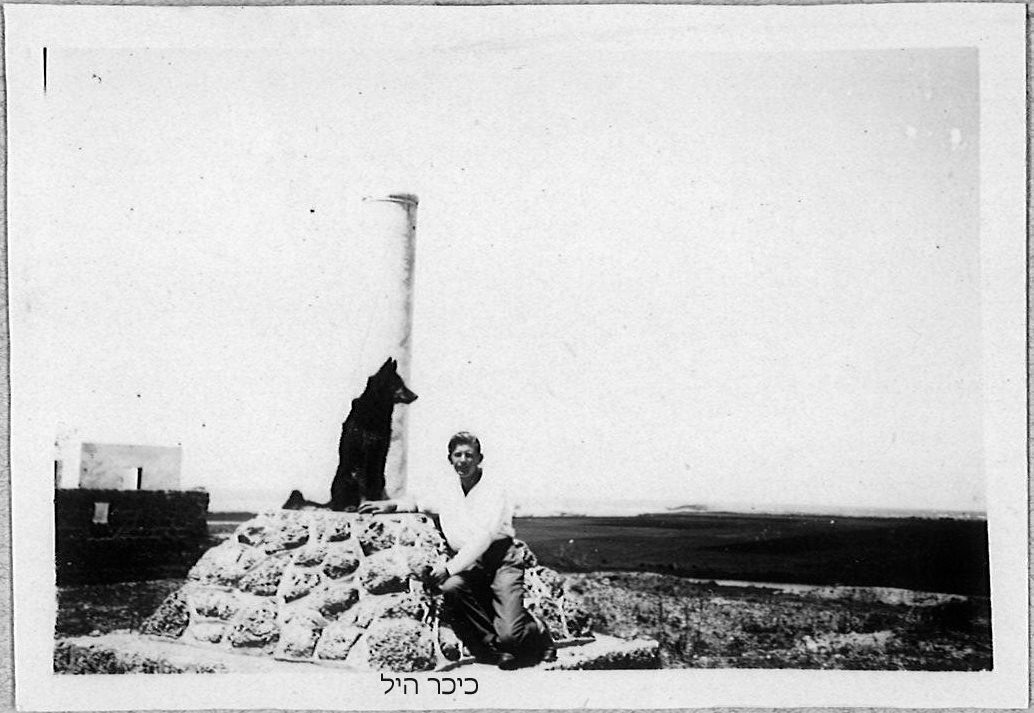 Unfortunately our dogs are gone. The place is "Tiger Hill" on Horkenos Street, where a monument was erected by the British in 1917 to commemorate a battle against the Turks. The monument was built on a hill that houses graves from the time of the bible.

There are three of these monuments in this area - commemorating the victory of the British over the Turks by General Hill on December 21, 1917. The British crossed the Yarkon River and captured Shachmunis, which is where Tel Aviv University is now. 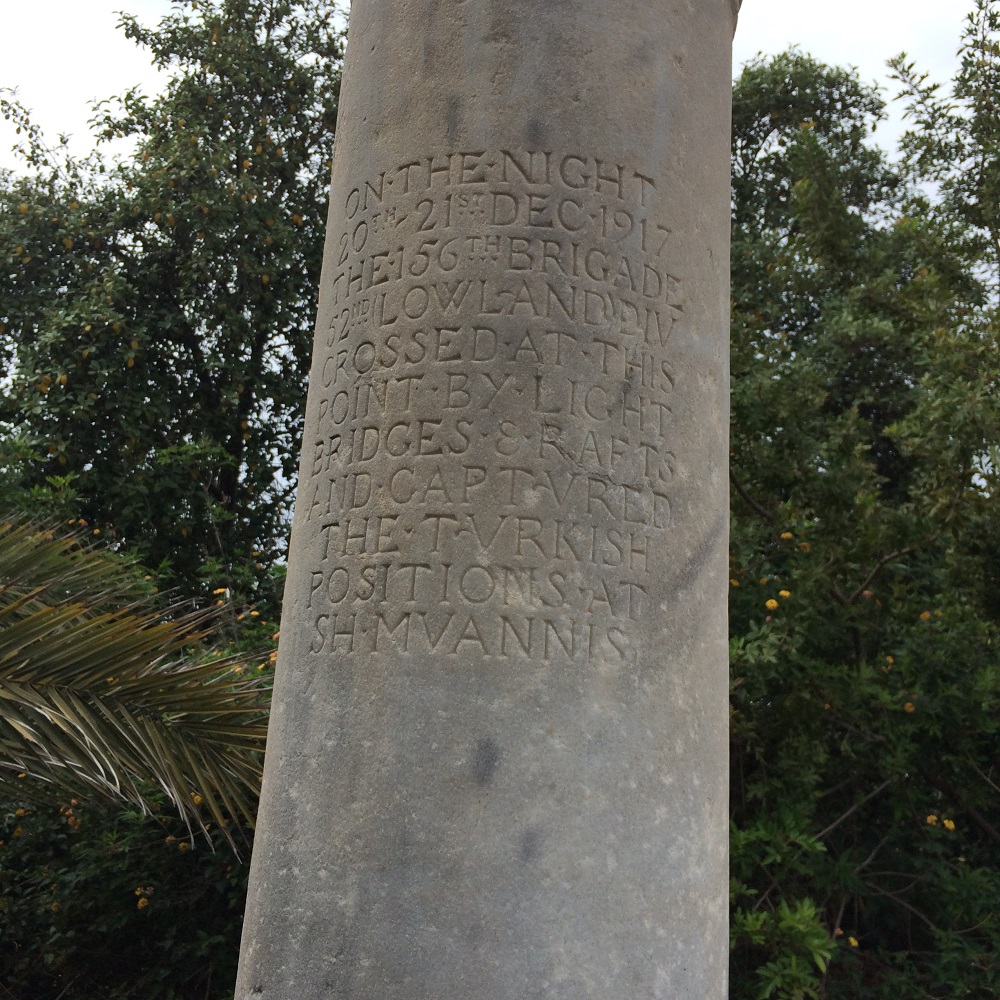 I am doing everything to avoid thinking about the terrorist murder on the night of the seder. Baruch Mizrachi is driving with his wife and kids to the seder and they meet a barrage of bullets that didn't stop after the driver was killed.

I'm equally overwhelmed by the traffic accident that killed my colleague Reuven Pedatsur on his way back from the seder. We've been getting bike riders picked off like flies because our roads are bad. But the holidays is the worst time. People who haven't had a chance to drive for weeks start driving on the holidays. The traffic jams are crippling. The hunger for pleasure raises expectations and testosterone. Kids in the car unaccustomed to sitting the car for hours driving their parents crazy. Arab guys dying to have fun, impress their girls. lots and lots of reasons for chaos.

Very late, but now we have closed the door on a day of continual guests 0 all wonderful and fascinating and our way of not venturing out into the terrible crowds all over this country. The crowds, the traffic, the mess. I went only as far as the local grocery to get some milk and fruit. There are two brothers, and I saw one of them on the day before Passover frantically covering up the chametz with rolls of white paper. Then when i went in today it seemed everything was white paper, except the milk and produce. The other brother asked me, "Does this bother you?" "No, why?" "Because everyone has been complaining." It's like a watching two cultures clashing. First these wonderful guys coming from a Sephardic religious background opened up the store a few months ago, wearing kippot and blaring the radio a on mizrachi station, and lately i've been hearing Stones...

Habima Square on a Friday afternoon. Everything low key and slow, except for all the bicycles and scooters - mostly little kids. People have given up on the idea of going somewhere else - everything in Israel that could be touristy is totally full. As Ezi says, even the Sea of Galilee is standing room only. So true Tel Avivians stay home. Most of them love it, enjoying the city. Some of them hate it - there is no way out. Now the understanding we have enemies all around us, that we're stuck in the bubble, becomes clear.