Like his hero Oskar Matzerath, Gunther Grass seems to have a great impact with just a scream. Everyone keeps asking me about it. Everyone keeps telling me about his Waffen Nazi past. But I have to admit that Grass's Nazi past doesn't influence me too much. Just because he helped the Luftwaffe, and tried to get into the Navy and finally was conscripted into the Waffen, we can be comfortable that maybe he didn't kill Jews directly, and spent more time in battle. So I don't see why there should be a movement to have the Nobel prize rescinded. In fact I'd go along with the Jerusalem Post that said something about inviting Grass to actually visit and see what exactly he's been going on about.

Next week will be Holocaust Day, and instead of watching films of skinny people in striped pajamas I wish we'd spend the time actually finding out more about the day to day life of the millions of people who weren't in camps, but died and lived through the chaos of the war. Today I looked up the records my mother put into Yad Vashem and discovered that not all that was in her handwriting was transcribed in 1978. For example, she wrote about her eldest brother, Moshe, (whose son I've been wondering about for ages) and his daughter (my first cousin) Sonia, and said they were shot in Lida. That would have been on the day of the first aktion, when the people were brought to the market place in front of my grandparents' house. With any luck my grandmother was also shot then, because if she had to go through the second aktion, when it's pretty sure that they would have to dig their own graves first, it would have been worse.

Today is a cooking day because tonight is holiday again. And Friday is traditionally a friends and/or family evening meal. And then there's Saturday lunch for the kiddies and then finally we get back to work. We lose so much domestic income from these holiday it's hard to conceive. But come on, they're for bringing people together for non-commercial purposes.

Jon Stewart had it right, Passover is no fun compared to Easter.

we had a perfect Friday the 13th, the way we often have a perfect day - with friends. It went on all day, despite our concern about infection, and friendship seems to a more important factor in getting healthy than avoiding disease. 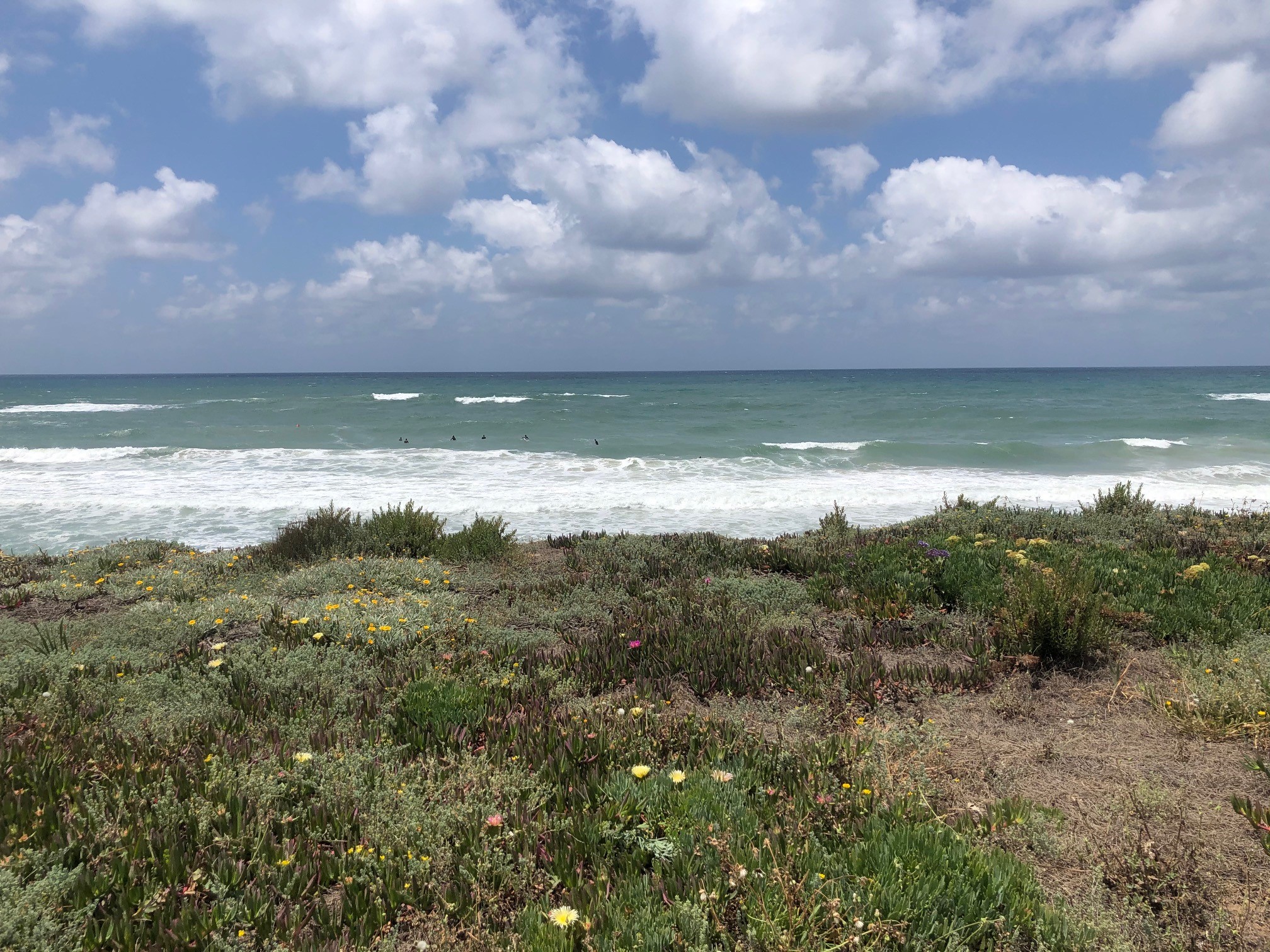 one beach, one beer, one day

I was given a gift of chocolate covered cherries this holiday and today - while Ezi is overwhelmed with aggressive flu symptoms - i have chosen to sit by his sleeping form and eat them. The joy this delicacy affords returned me to a question my brother asked me a few weeks ago about these pages. If I say that my Divinity also enjoys this decadent and dainty food, do we both enjoy the same thing? At least that' what I seem to remember my brother asking. And the answer is: yes. No Divinity of mine would not know what enormous pleasure is embodied in this act, and how it negates some of the greater evils that exist around it.